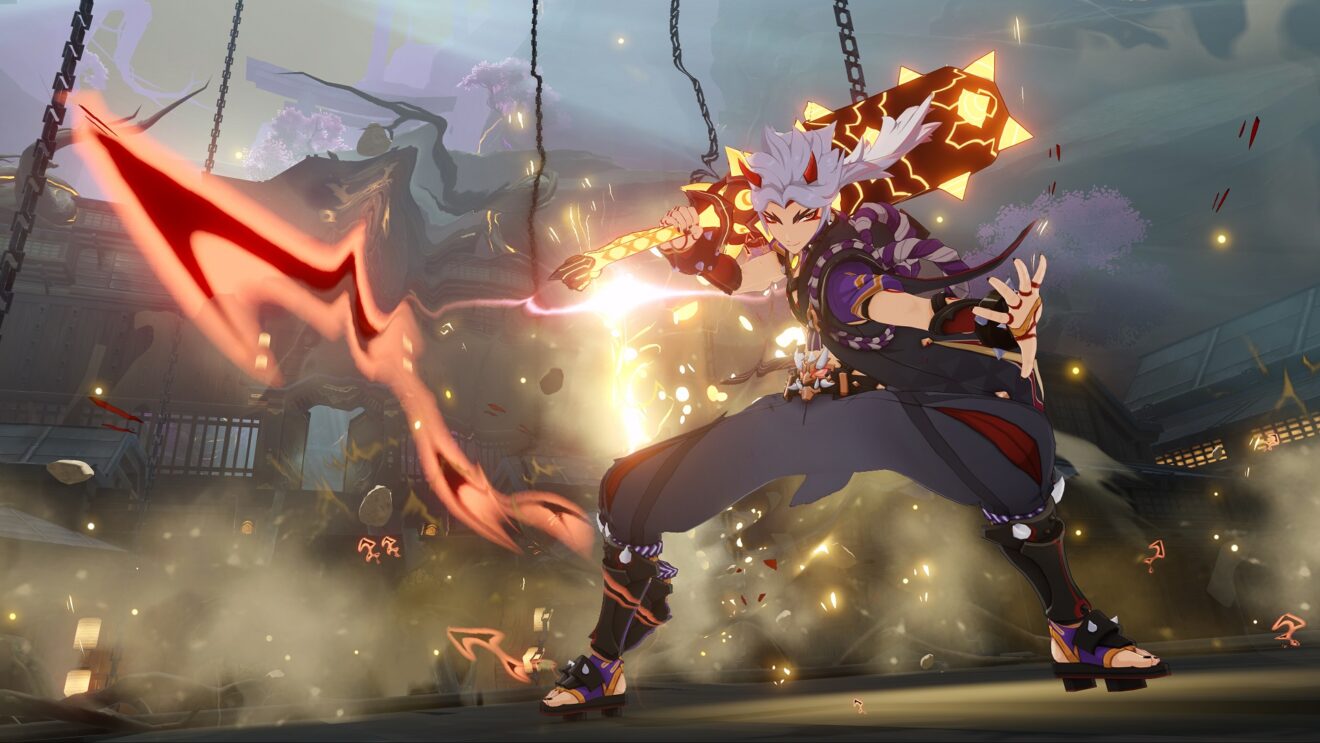 Genshin Impact’s next major update, Shadows Amidst Snowstorms, is set to launch on November 24th, miHoYo has announced.

Update 2.3 will feature two character banners, with the first featuring a re-run of Albedo and Eula, while the second features the new characters Arataki Itto and Gorou.

Arataki Itto is a five-star claymore-wielding Geo user who “can slash empowered Charged Attacks with his unique Superlative Superstrength and transform himself into the Raging Oni King.” Joining him is Gorou, a four-star Geo user who uses a bow and can “provide more buffs to characters on the field with more Geo characters in the party.”

Also coming in 2.3 is a new seasonal event that will see players taking part in a series of agility, tracking, and combat training challenges in Dragonspire with Albedo, Eula, and other old acquaintances. The rewards for this event include the 4-star Sword, Cinnabar Spindle. Another event on the way involves players investigating the recent mass disappearances of small animals and a mysterious Warrior Dog to get a special gadget that adds creatures to the Serenitea Pot.

Finally, a new boss fight against the Golden Wolflord will be added. This boss is a more dangerous form of the Rifthounds and Rifthound Whelps and can also apply corrosion to characters that slowly drains their HP.