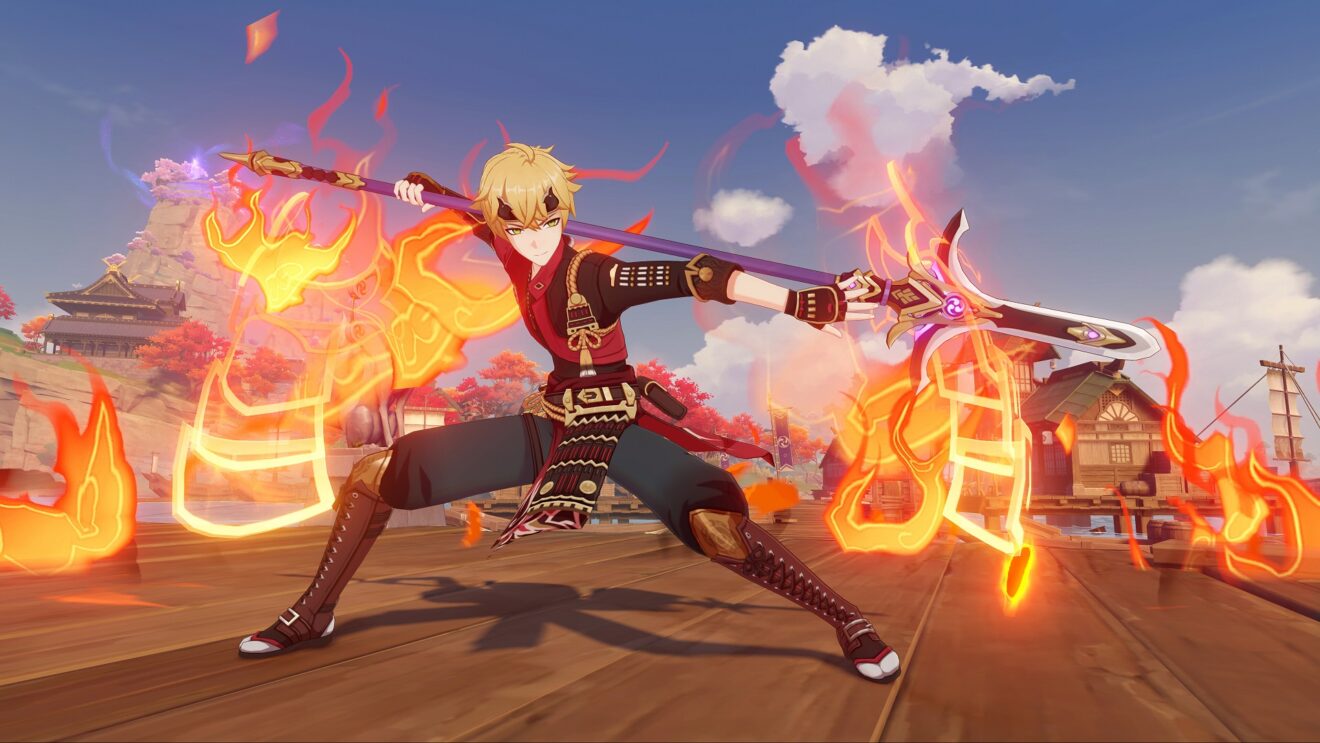 Genshin Impact‘s next major update, “Into the Perilous Labyrinth of Fog,” will arrive on October 13th, 2021, developer miHoYo has announced.

This upcoming update will introduce the sixth of the major islands in Inazuma. Tsurumi Island is shrouded in a dense fog and features Rifthounds and Rifthound Whelps lurking in it waiting to attack. If a player gets hit by one of these enemies, all party members will be affected by the Corrosion status, which causes characters to continuously lose HP, even if shielded.

Update 2.2 also adds Thoma, a four-star Pyro Vision polearm wielder who made his debut earlier in the Inazuma storyline. Thoma will be available alongside the returning Hu Tao in an Event Wish later in the update following the return of Childe when 2.2 launches. Additionally, players can access new Hangout Events for Thoma and Sayu.

On top of the above content, players can look forward to new seasonal events, DualSense controller support on PC, a new Inazuma-themed realm layout for the Serenitea Pot, and a new Floating Platform furnishing type.