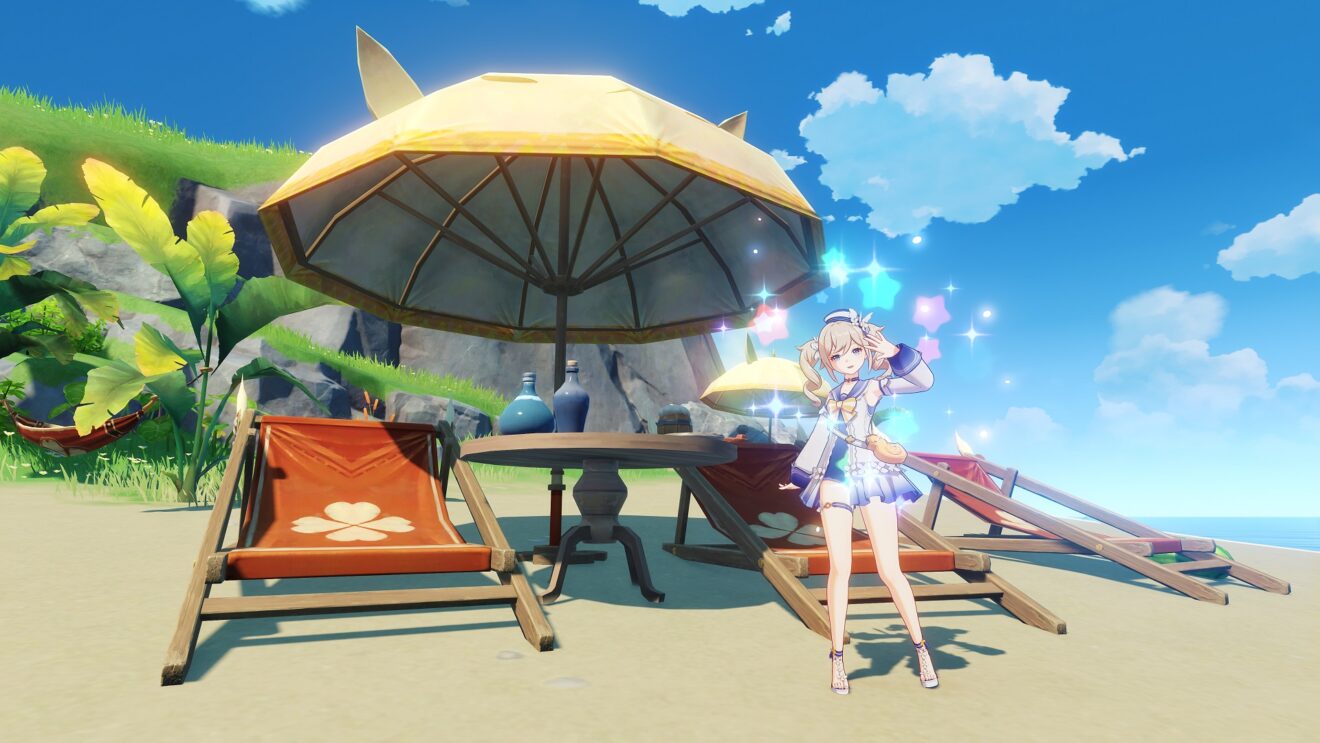 Genshin Impact’s next major update is scheduled to arrive on PlayStation, PC, and mobile on June 9th, developer and publisher miHoYo has announced.

The upcoming update will see the Traveler accompanying Klee to a secluded archipelago in search of the mysterious Dodoland to prevent Dodoco from being taken away from her by a Dodo-king. During the search, players will need to take on Maguu Kenki, a powerful enemy who can summon phantoms that deal Anemo and Cryo damage.

In addition to new story, character outfits will be introduced to the game for the first time. Barbara’s summer-themed Summertime Sparkle outfit can be earned through the Echoing Tales event, while Jean’s Sea Breeze Dandelion outfit can be purchased from the in-game shop.

A new five-star character also arrives with this update. Kaedehara Kazuha is the first playable character from Inazuma and wields a blade and the power of Anemo.

Finally, the update will introduce the ability for players to add characters they own to their Serenitea Pot realm. Characters in the realm will gradually accumulate Character Companionship Experience over time.