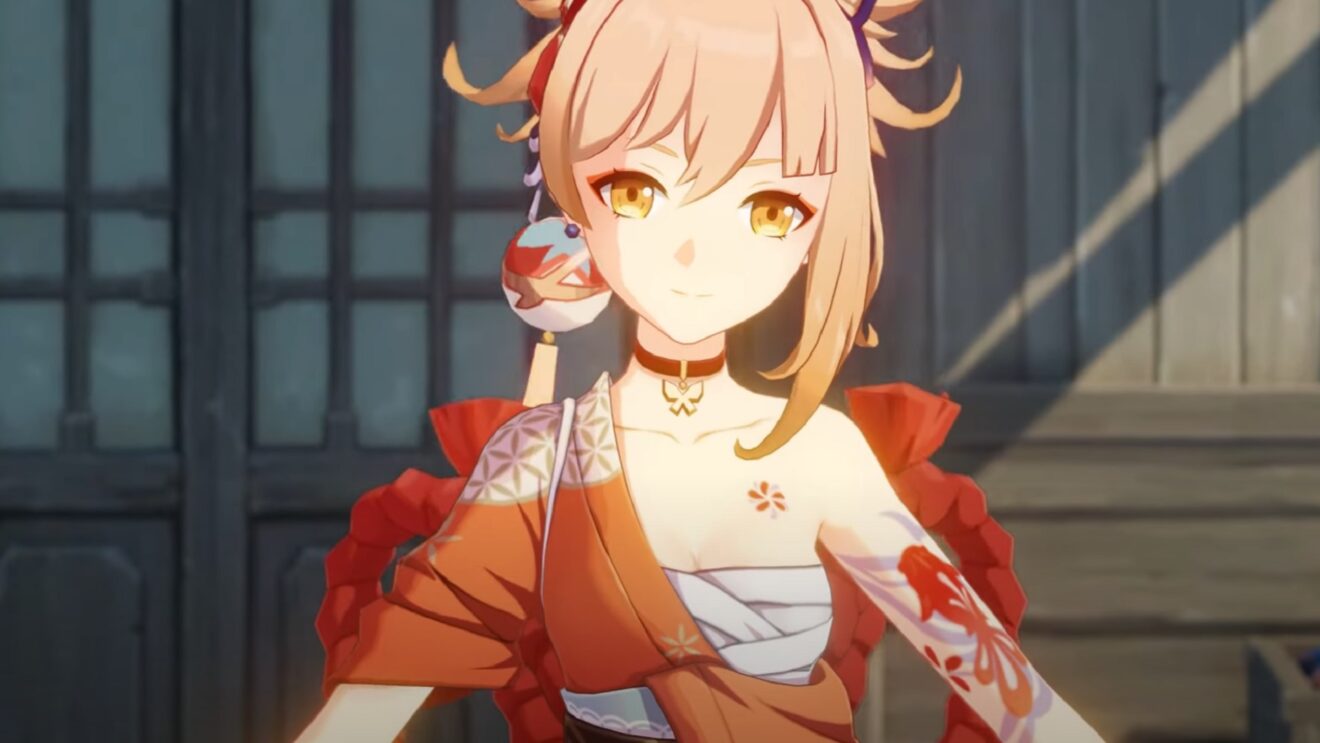 A new trailer has been released for Genshin Impact that shows off upcoming character Yoimiya’s abilities.

As previously revealed, the five-star pyro bow user has access to a normal attack that delivers five shots with her bow and a charge attack that deals increased damage with two levels.

Yoimiya’s actual abilities include Niwabi Fire-Dance, which turns all of Yoimiya’s arrows into Blazing Arrows that deal more damage, and Ryuukin Saxifrage, which deals heavy damage to enemies and marks one with an Aurous Blaze. Enemies marked with Aurous Blaze will get hit by an explosion when another character attacks them. See her taking on enemies in the trailer below:

Yoimiya joins the game this week as part of a new banner that features the four-star characters Sayu, Diona, and Xinyan.