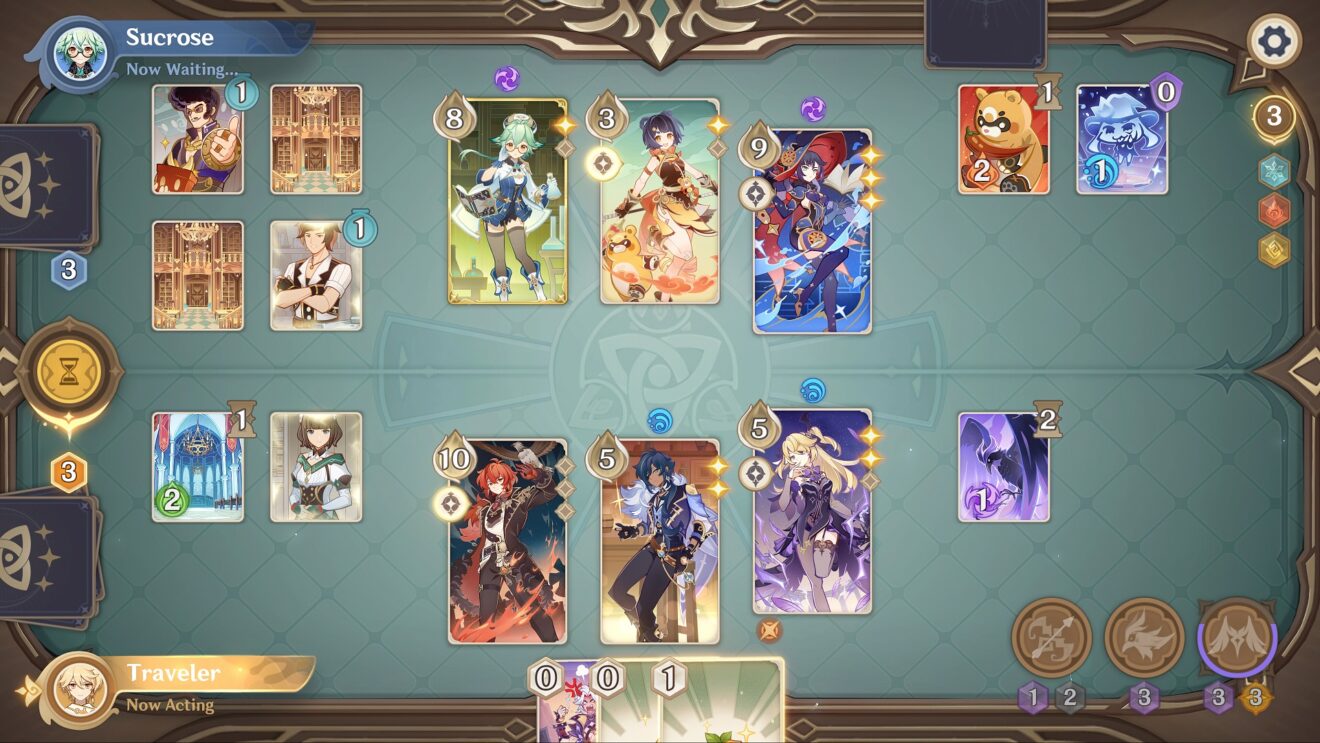 HoYoverse has released a new trailer for Genshin Impact that puts the focus on the new card game coming with update 3.3.

The new trading card game makes its debut next week and sees players competing against other players and NPCs using a selection of character cards. To win, players must defeat all of the opponent’s character cards using Normal Attacks, Elemental Skills, and Elemental Bursts. Each action costs a certain number of Elemental Dice, which are rolled at the start of each round.

Players can get new cards and Dynamic Skins from the Card Shop after defeating NPCs in the world.