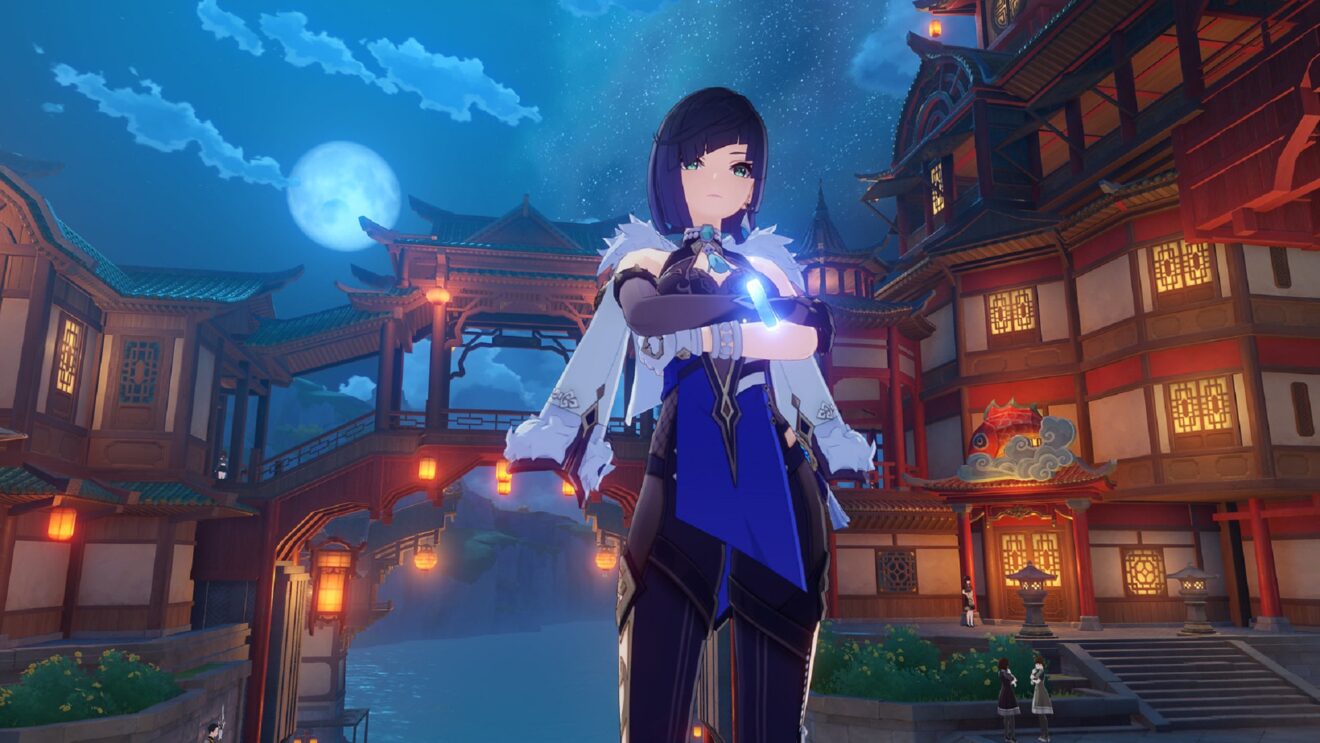 Yelan is the mysterious owner of Liyue’s Yanshang Teahouse and is also the special intelligence officer of Liyue. She is a hydro DPS character who uses a bow and “combines rapid attacks with agile mobility,” according to the developer.

Her normal attack delivers four consecutive shots, with the charged version performing an Aimed Shot with increased damage. While her Lingering Lifeline ability fires off a Lifeline that will entangle and mark opponents before dealing hydro damage to the marked opponents based on Yelan’s max HP. Yelan’s other ability, Depth-Clarion Dice, deals AoE hydro damage and creates an Exquisite Throw, which follows her around and deals damage based on Yelan’s max HP.

Update 2.7 is due to release on May 31st and introduces Yelan and Kuki Shinobu as new characters, as well as a new Archon Quest story, the “Realms of Guile and War” combat challenge, the A Muddy Bizarre Adventure event, and a new rhythm game.