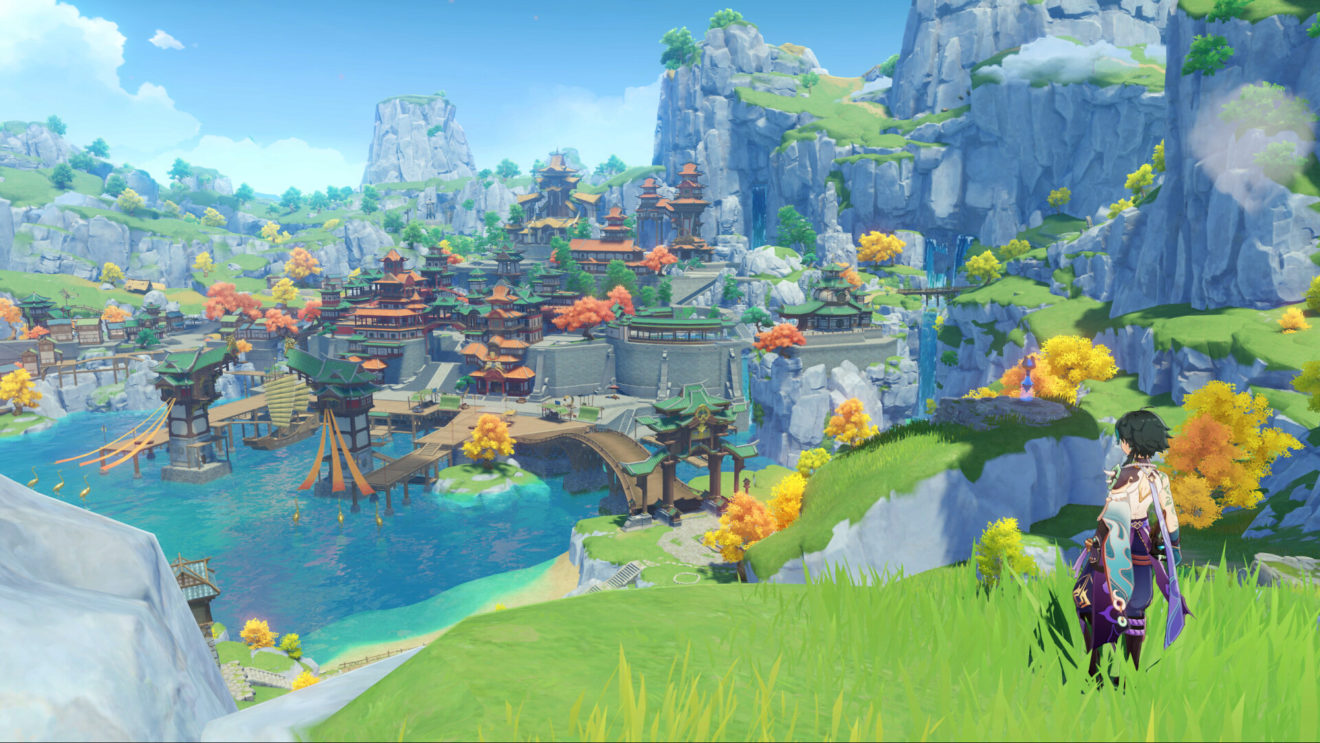 Genshin Impact is coming to PlayStation 4 in September

In addition to the release date, the developer announced that there will be a couple of exclusive items available for PlayStation 4 players. First is the Sword of Descension, which grants a considerable attack increase and has a chance to deal additional damage to nearby opponents. Joining it is the Wings of Descension, an exclusive stylized wind glider that players can use to quickly traverse the world.

That’s not all though, as PlayStation 4 owners can also pick up an exclusive Adventurer’s Starter Bundle from the PlayStation Store. This bundle will only be available until launch day and contains 150,000 Mora, enhancement items, food, and more.