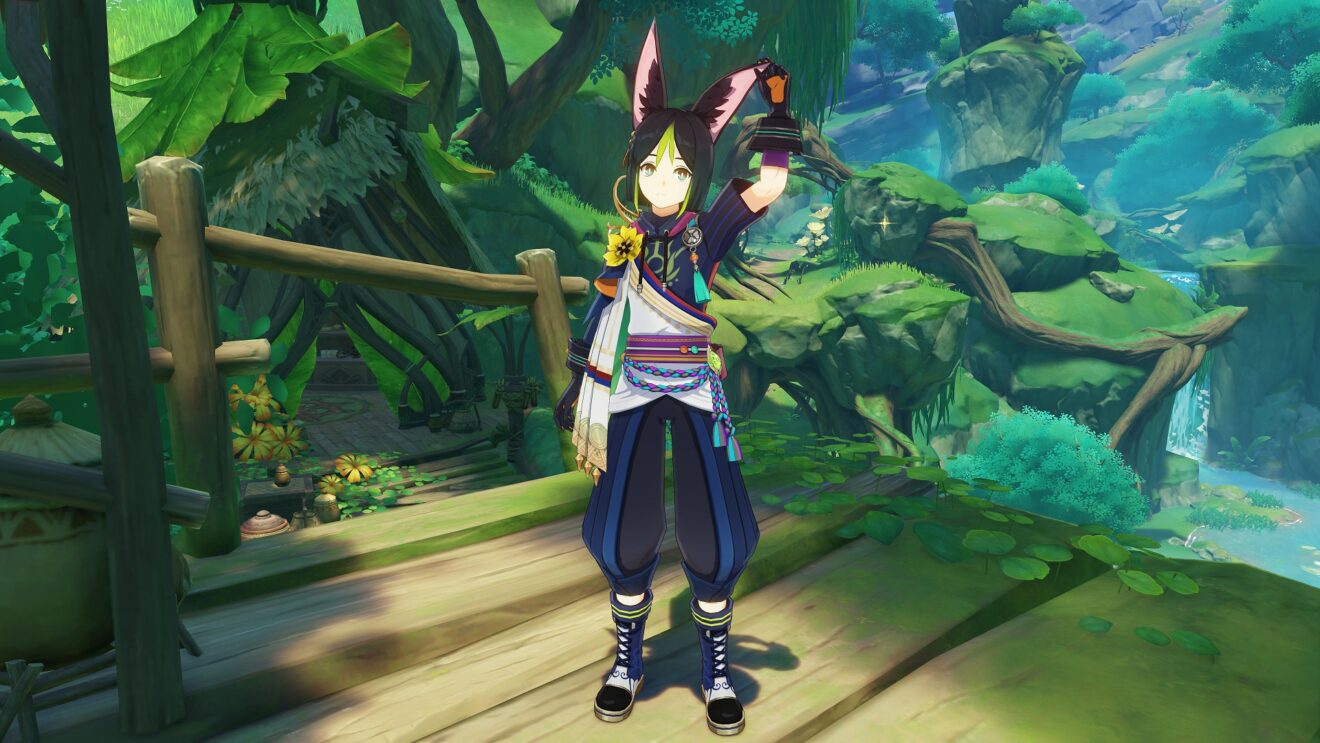 HoYoverse has announced that Genshin Impact‘s big 3.0 update will be going live on August 24th.

The highlight of this update is the introduction of Sumeru, the fourth of the game’s seven major nations. The region is split into the rainforest and desert areas, with players able to explore the rainforest at launch and the areas in it, including Sumeru City and Port Ormos.

Sumeru is accompanied by a new element for Genshin Impact known as Dendro. Using this new element, players can trigger the Burning, Bloom, and Catalyze reactions when used with the Pyro, Hydro, and Electro element respectively.

Of course, a new major update also means new characters for players to add to their roster. First is the five-star character Tighnari, whose Charged Attack and Elemental Burst “can deal damage over multiple phases.” Joining Tighnari is the new four-star character Collei, who will be free for all players through a seasonal event.

The final new character is the four-star Electro support character Dori, who can restore HP and energy for nearby team members with her Elemental Burst.