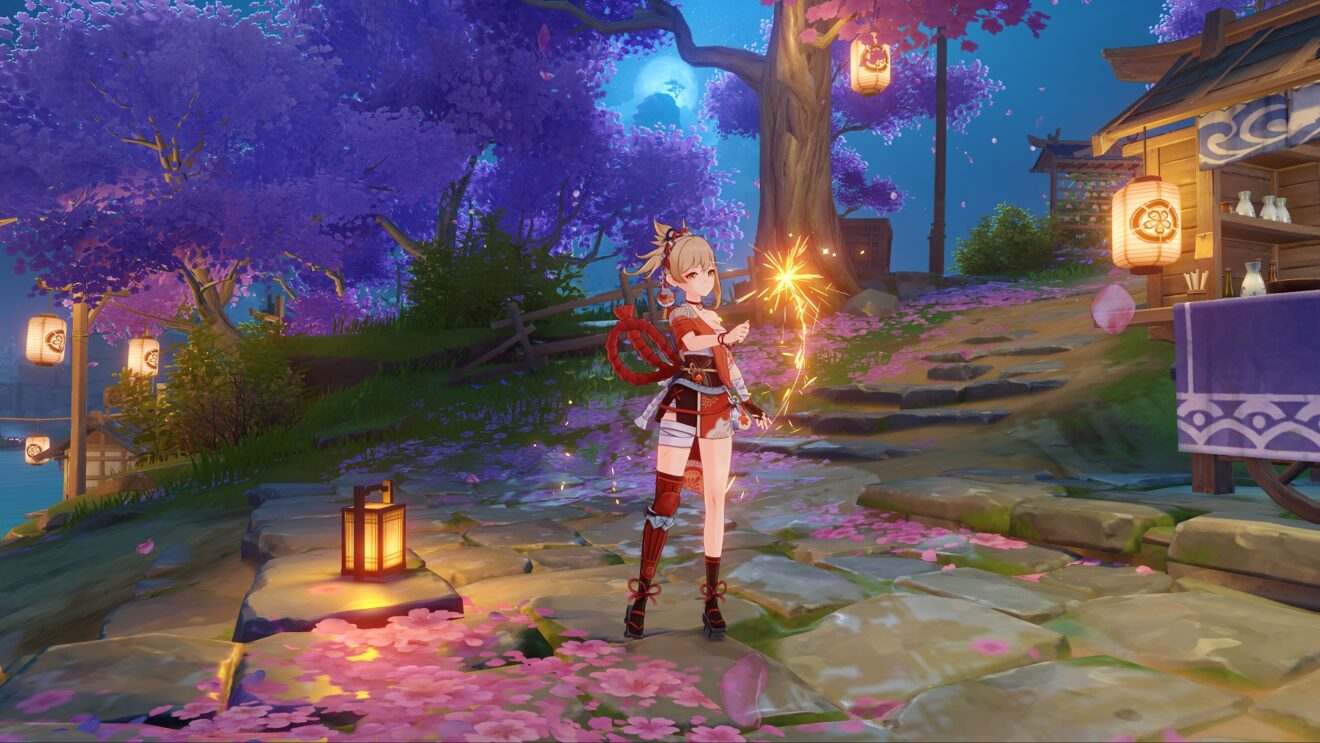 Genshin Impact‘s next major update, The Immovable God and the Eternal Euthymia, will arrive on PC, PlayStation, and mobile on July 21st, developer miHoYo has announced.

The big addition in version 2.0 is Inazuma, the third major region of Teyvat. This new area is located across the sea from Mondstadt and Liyue and is ruled by the Electro Archon. Inazuma is made up of six islands and is home to several new bosses, including the Pyro Hypostasis, Perpetual Mechanical Array, and Maguu Kenki.

Version 2.0 also introduces three new playable characters. The first is the five-star cryo user Kamisato Ayaka, the daughter of the Yashiro Commission’s Kamisato Clan. Joining her are the pyro archer Yoimiya and the four-star ninja Sayu.

In addition to the above, players will be getting full cross-save support between PlayStation, PC, and mobile, as well as Haptic Feedback support for the DualSense controller.