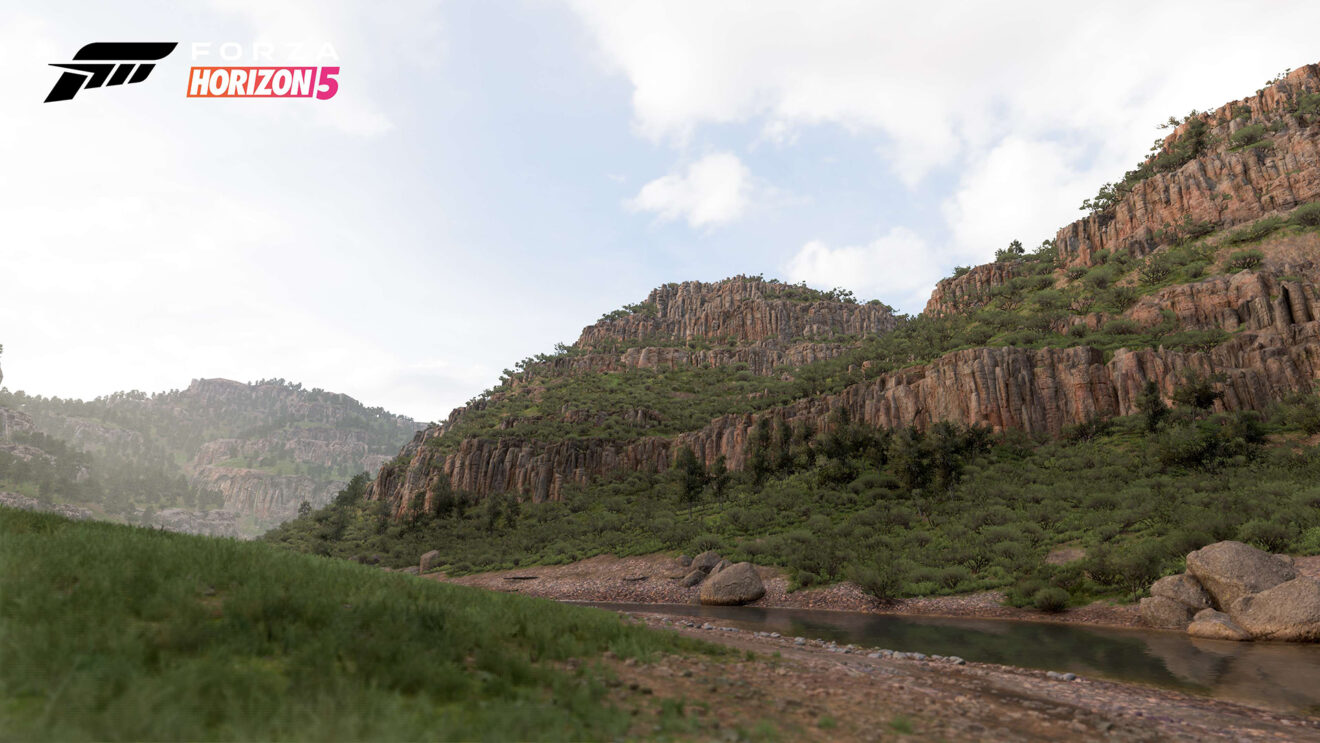 Xbox and Playground games have offered our most in-depth look yet at the Mexican setting of Forza Horizon 5, via a new blog post and livestream that delve into the game’s 11 distinct biomes.

Here’s a quick rundown of the different environments you’ll found around the map, accompanied by some newly released screenshots.

Pictured above, the first biome is the Canyon. As you’ve probably guessed, it’s a canyon. You’ll find some unique rock features like hoodoos here, and the sounds will be extra echo-y to really immerse you in the experience of… being in a canyon.

Have you seen The Shawshank Redemption? This biome pretty much looks like where Andy went at the end. It’s beautiful white sand beaches lined with palm trees and palapas. But don’t get too comfy, as things will apparently get a bit intense during the stormy season. The blog post teases “flying palm trees.” Yikes.

Playground says the Farmland biome will have “lush vegetation, fruit-bearing trees, and wide, shallow rivers.” Hopefully no bananas on those fruit trees, though, because any Mario Kart player knows how much of a danger that would be.

In the Arid Hills, you can expect to find a lot of rolling plains packed with dried grasses—kind of an African savannah vibe. There’s also a lake that dries up during the winter season, opening new routes and making certain areas newly accessible. Still, this place looks like a tinderbox, so losing a valuable water supply may not be worth it.

The Jungle is, well, exactly what you’d expect: dense vegetation, tall trees, and stunning lighting effects as the sun breaks through the misty canopy. You can also find some ancient temples scattered around. Please do not desecrate them.

Filled with saguaro cactuses and palm-lined oases, the Living Desert earns its name with plenty of greenery during the wet seasons and an abundance of wildlife. And yes, you can smash the cactuses.

Unlike the tropical coast, there’s not a lot of vegetation around to block your sea views. There’s also a golf course located somewhere within this biome.

In addition to lots and lots and lots of sand dunes, the Sand Desert will apparently feature many of Forza Horizon 5‘s longest, straightest roads. If your least favorite part of racing is slowing down for turns, you’ll probably be spending a lot of time here.

The Swamp will feature tons of shallow waterways, as you might expect, so don’t go taking your supercar for a spin here unless you really want to mess up the leather seats. There are also a ton of mangrove trees with their distinctive above-ground root structures—and you’ll be able to smash through them if you’re looking for shortcuts during a race.

While Playground had mentioned Guanajuato during the game’s reveal, it was unclear whether the city would be one of several fully urban environments on the map. Today’s reveal seems to confirm it’ll be the only one, but it should make for interesting driving thanks to its steep hills and road network of tunnels beneath the city.

As the tallest point on Forza Horizon 5‘s map, the volcano will offer stunning views of the entire playable area as you drive around its peak. It’s also the only place on the map you’ll find snow—when it’s seasonally appropriate.

For a closer look at some of these biomes, you can also watch the most recent Forza Horizon 5: Let’s ¡Go! stream, which showcased a decent amount of gameplay in the swamps, volcano, and jungle areas, including a brief glimpse at one of the hidden temples.

One other neat tidbit from the stream? We’ll apparently get to see the game’s entire map—as in, the cartographic view you’ll see in the menu—in two week’s time.