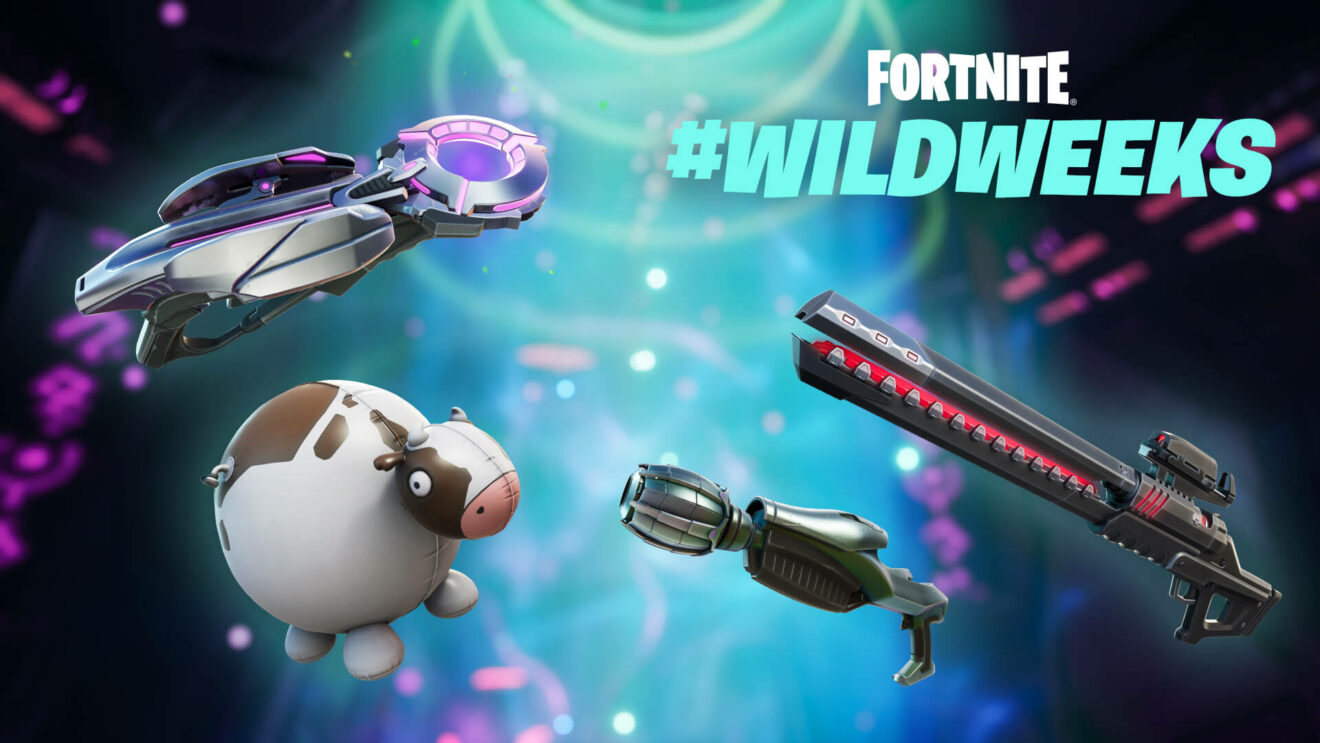 Fortnite‘s third Wild Week of the invasion kicks off later this week on Thursday, September 2nd, Epic has confirmed.

This latest Wild Week, titled High Tech Hijinks, will make it easier for players to find Alien and IO tech while exploring the island. During the event, Abductors will only carry the Kymera Ray Gun, Grab-itron, Prop-ifier, and Alien Nanites, while IO Chests only contain the Pulse Rifle, Rail Gun, Plasma Cannon, and Inflate-A-Bull.

Additionally, the Kymera Ray Gun, Pulse Rifle, and Rail Gun will all be available from normal chests for the duration of the Wild Week.

Epic also mentioned that there is still one more Wild Week left for this season. More information about what it will entail is coming soon.

In other news, Epic recently announced a new reward for Fortnite Crew subscribers. From today, subscribers will be able to get their hands on a new set of evolving cosmetics. Get the details here.