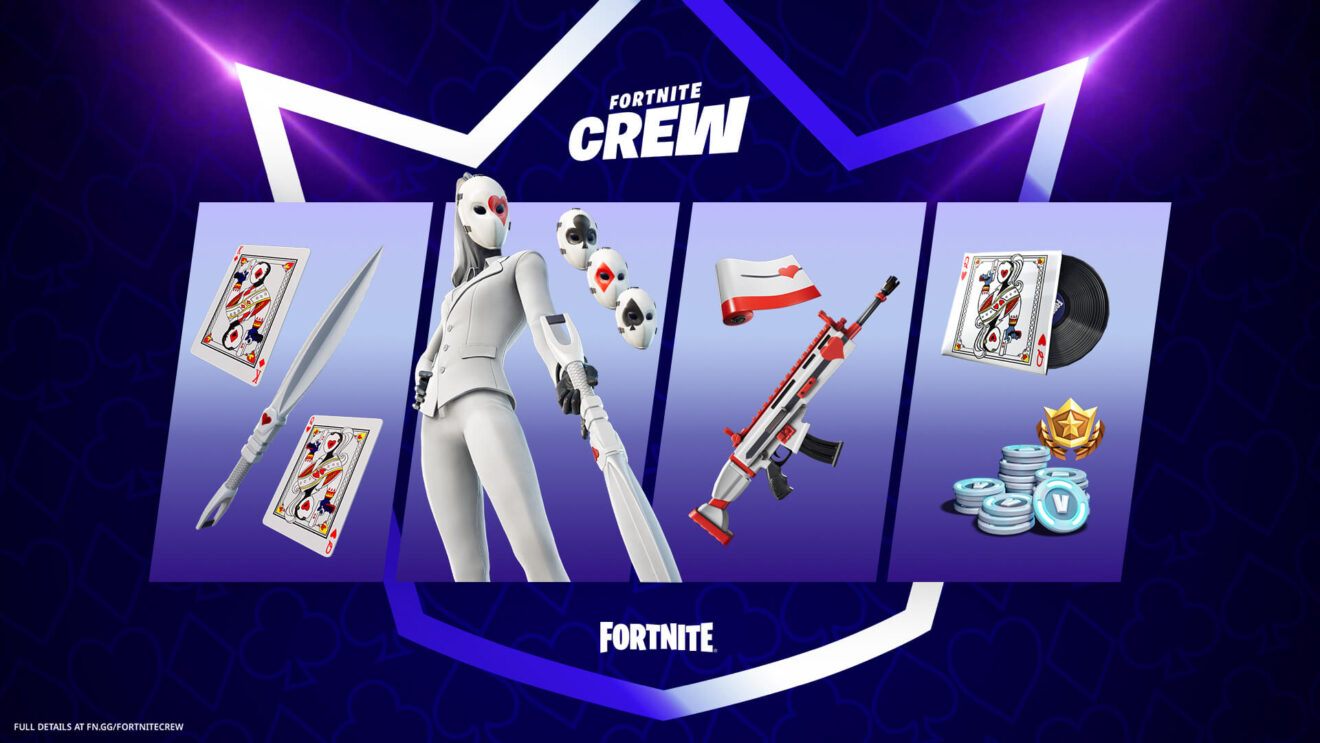 Crew subscribers get access to the Loveless Outfit with different card suit mask options and the Calling Card Back Bling, which switches between the “Diamond King” and “Heart Queen” when opening a chest. There’s also the Stylus Edge Pickaxe, Shooting Shuffle Wrap, and The Loveless Bandit Lobby Track.

In addition to the Crew Pack, subscribers receive access to the Chapter 3 Season 3 and upcoming Chapter 3 Season 4 Battle Passes as well as 1,000 V-Bucks. The September Crew Pack is scheduled to go live on August 31st.

Subscribers also still have time to claim August’s Crew Pack, which contains the Wolverine Zero Outfit, Muramasa Blade Back Bling and Pickaxe, and the Best Fight You Ever Had Loading Screen.