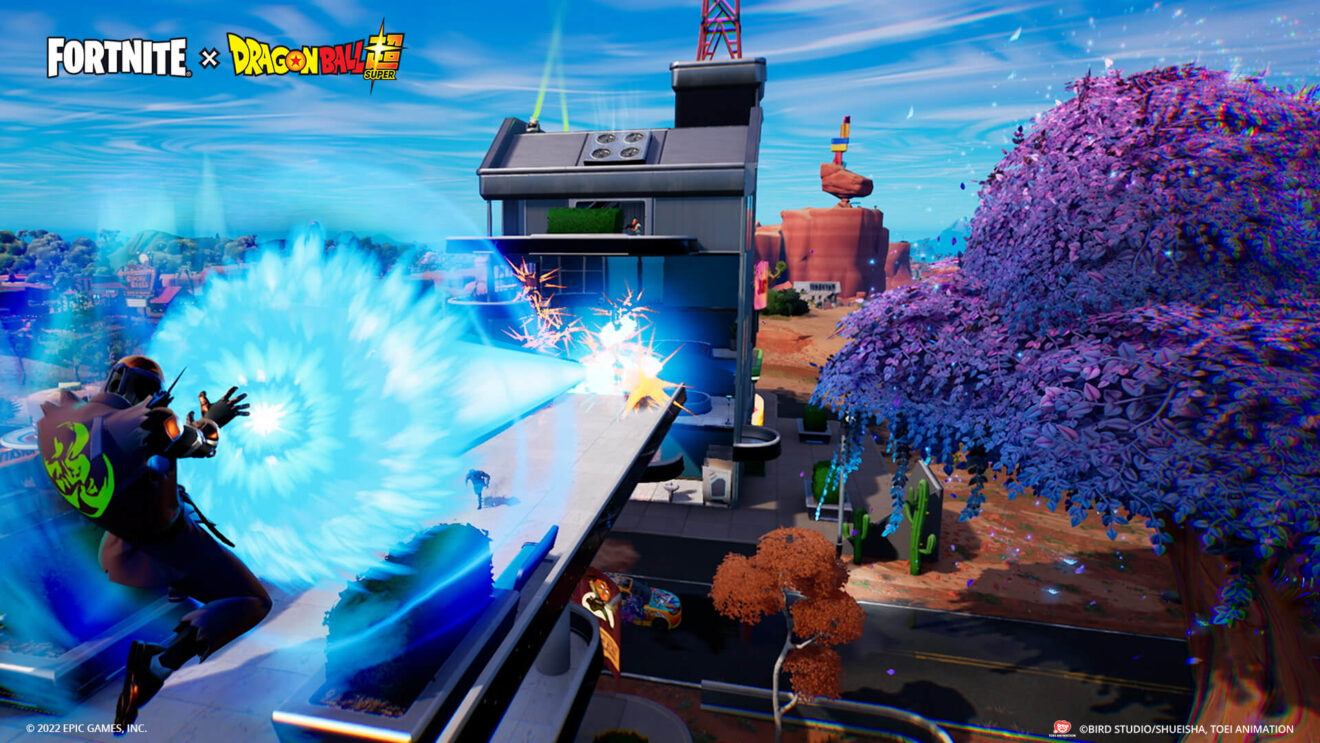 The previously teased crossover between Epic Games’ Fortnite and the Dragon Ball franchise is now live.

Additionally, players can purchase the Bulma Outfit with a Lab Coat alt style and Beerus Outfit, as well as a number of other themed cosmetics, including:

All of the above items are also available as part of bundles at a discounted price.

In addition, players will be able to find the Kamehameha and Nimbus Cloud (Kintoun) in-game by looking for capsules falling from the sky. More capsules will begin falling as the storm closes in. Bulma has also brought the Kame house to the island. Look for her off the coast of the main island to trade Bars for powerful items.

Another new arrival is Versus Boards. Players can head to any board on the island to opt in and will then be shown an opponent somewhere on the map. Each player has five minutes to defeat the other and claim victory.

Finally, a Power Unleashed tab is now available on the main menu that is full of quests and rewards. Complete seven sets of quests to raise the power level and also earn Dragon Balls to unlock the Shenron Glider, Dragon Radar Back Bling, and more.