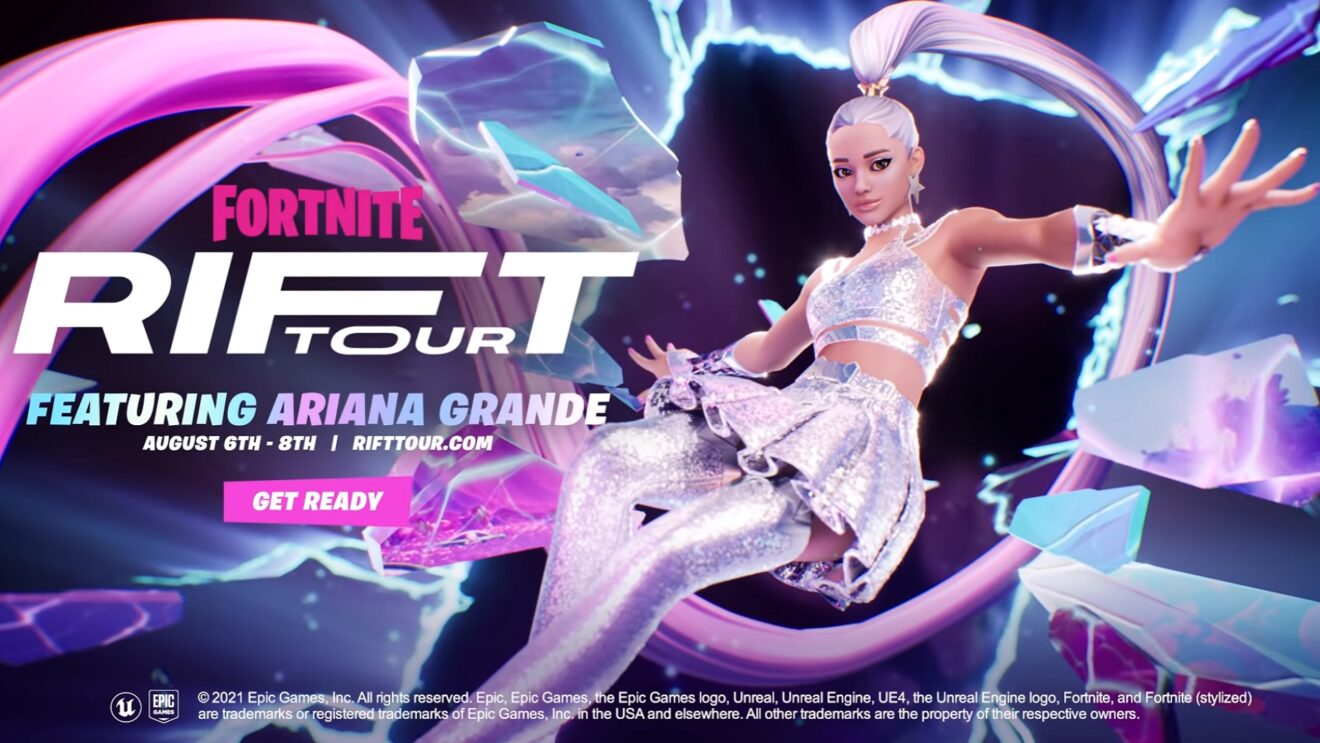 Fortnite is getting an Ariana Grande skin

Following a tease last week, Epic Games has revealed that Ariana Grande will be headlining the Rift Tour in Fortnite later this month.

From August 6th through August 8th, players will be able to go on “a musical journey into magical new realities where Fortnite and Ariana Grande collide.” There will be a total of five showtimes set across the three days to give all fans around the world a chance to catch the show. Epic recommends that players arrive 60 minutes prior to the start time, with the playlist set to go live 30 minutes before.

In addition to the event, the Ariana Grande Outfit will arrive in the Item Shop alongside the Piggy Smallz Back Bling on August 4th. Get a quick look at the outfit and Back Bling below: