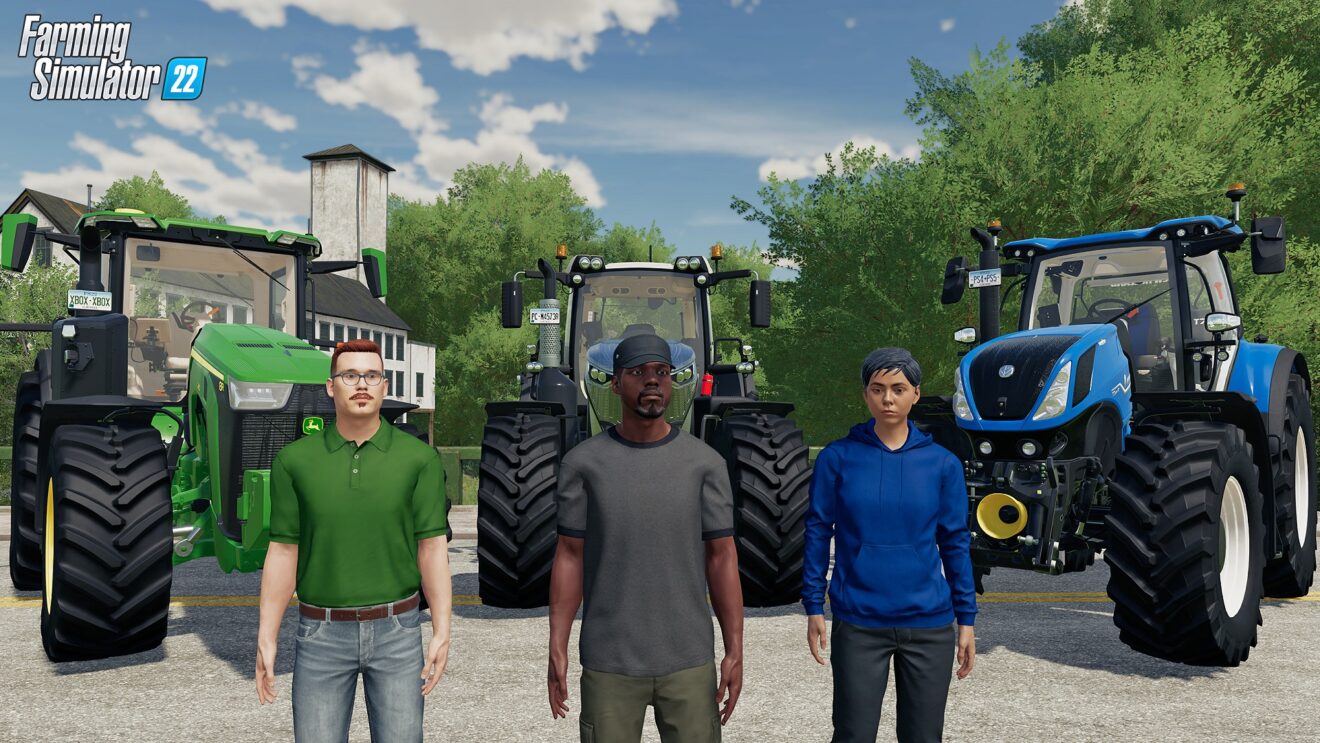 Players will be able to enjoy farming together no matter which platform they are on thanks to the introduction of cross-platform multiplayer in Farming Simulator 22, developer Giants Software has announced.

“The successful implementation of crossplay marks a major advancement for the multiplayer experience in the now self-published Farming Simulator series”, Boris Stefan, Head of Publishing at GIANTS Software, said. “With the series becoming more and more popular around the world, and the fan base growing on PC and consoles alike, we can now connect virtual farmers without restrictions. Cooperative farming evolves, thanks to the ongoing cooperation with Sony and Microsoft.”

In addition to confirming cross-platform support, the developer revealed that the game will feature new options for character customization, such as new player models, hairstyles, clothing, and accessories. A few of the clothing options available from authentic brands include Case IH, CLAAS, Fendt, John Deere, and other “major brands in the agricultural industry.”

Last month, Giants Software revealed its post-launch plans for the upcoming game, which include a season pass filled with new machines and tools as well as an expansion.