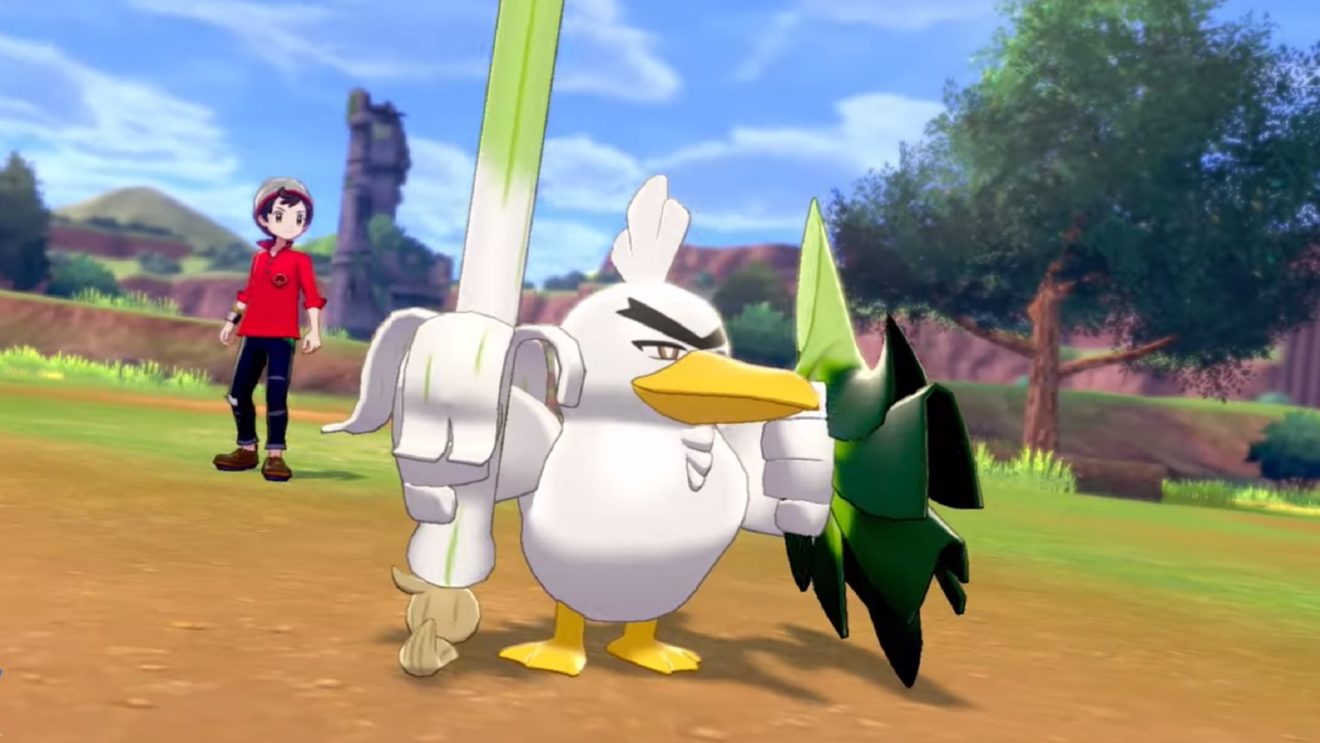 Farfetch’d can evolve in Pokémon Sword

Farfetch’d, one of the original 151 Pokémon, will finally be able to evolve in Pokémon Sword, the Pokémon Company has revealed.

In Pokémon Sword, Farfetch’d will be able to evolve into Sirfetch’d, a fighting-type Wild Duck Pokémon. See Sirfetch’d in action below:

“The Farfetch’d of the Galar region can evolve into Sirfetch’d after experiencing many battles. They are calm and collected, and they make a point of always battling fairly,” the Pokémon’s description reads. “They are so noble in battle that they are often chosen as a motif for paintings. Of particular note is a painting—famous in the Galar region—that depicts a duel between a Sirfetch’d and an Escavalier.”

It was also revealed that Sirfetch’d will be able to learn an exclusive move called Meteor Assault. This move sees the Pokémon charge at its opponent with its leek to deliver a powerful blow. However, Sirfetch’d will be unable to act the turn after using it.