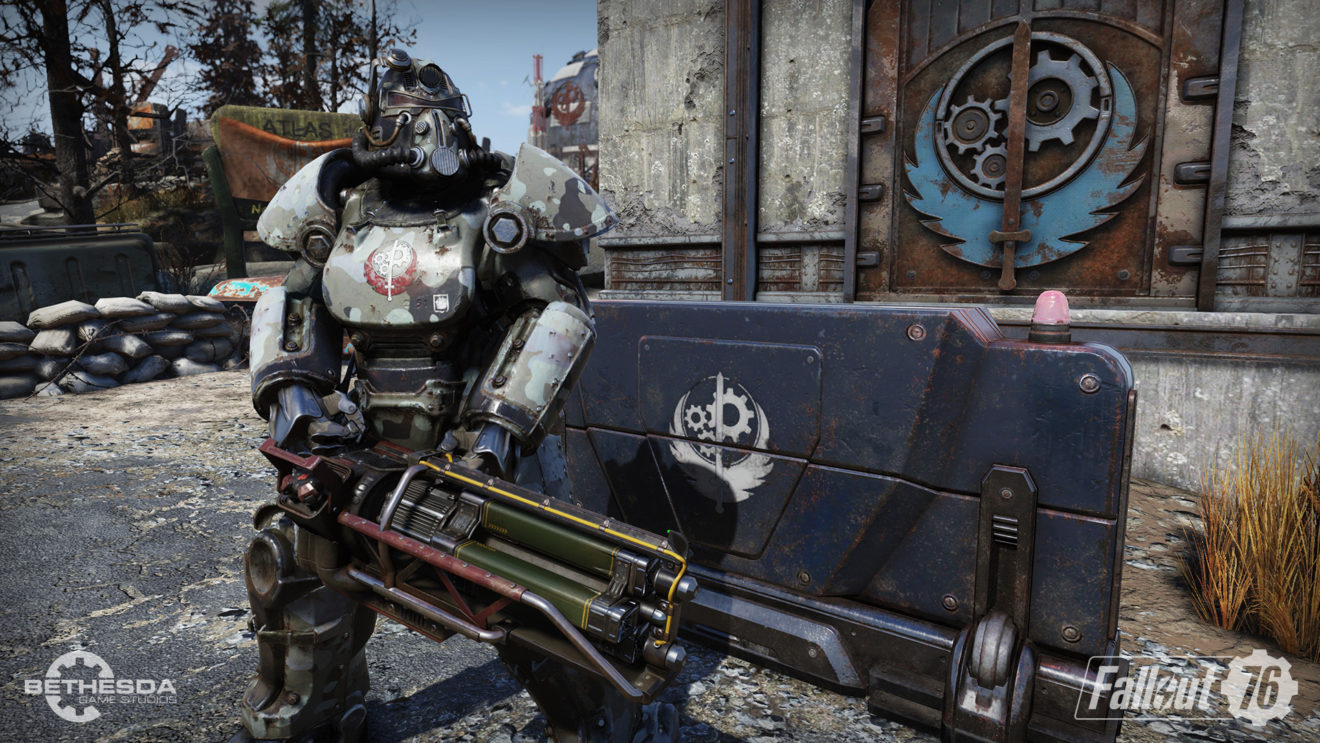 Players will also be able to explore new areas populated with NPCs, unlock unique weapons and armor, and build their own C.A.M.P. Shelter. Shelters are new underground, instanced spaces that can be decorated and are separate to the main C.A.M.P.

As mentioned above, the Steel Dawn expansion is free for all players, but there will also be the option to purchase the Brotherhood Recruitment bundle at launch. This bundle includes a number of items to place in the C.A.M.P., such as the Brotherhood Scouting Tower, Tactical Field Pack, and Salute Emote.