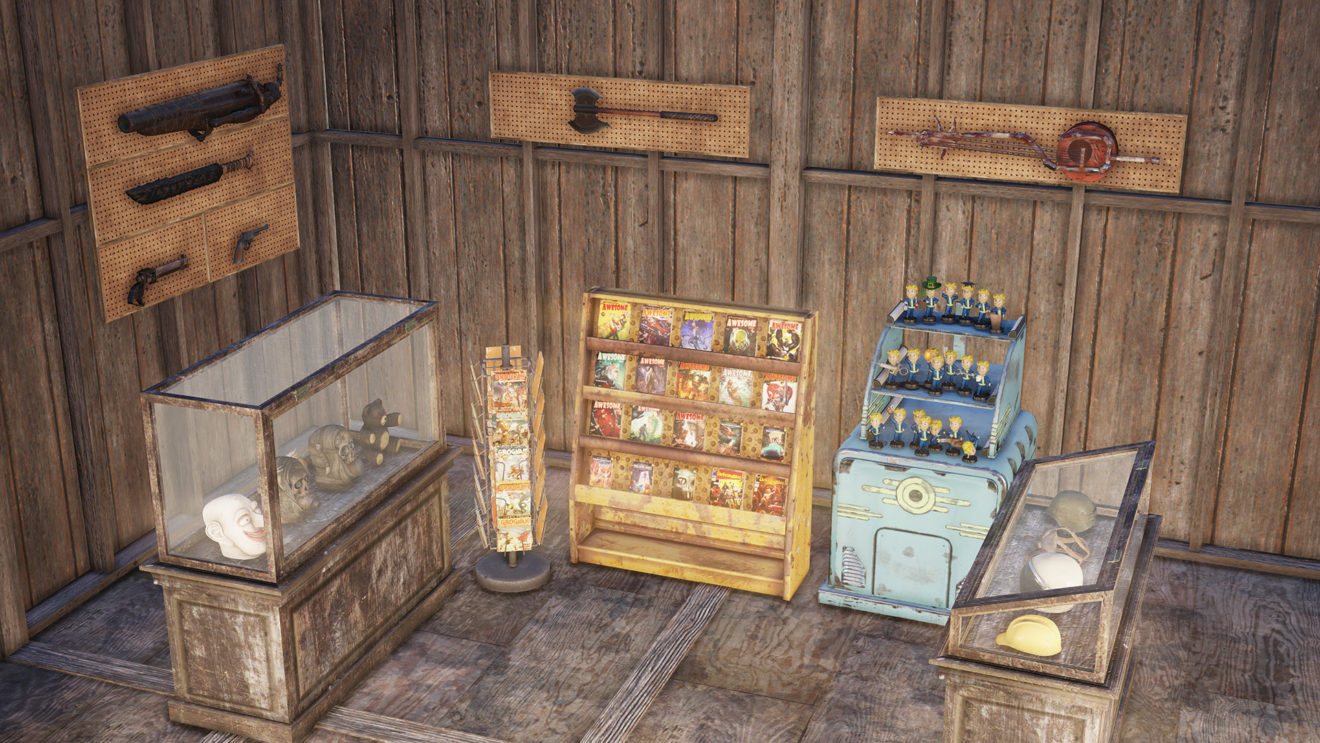 Bethesda has confirmed that Patch 12 will arrive later this month for Fallout 76, bringing with it Display Cases, Nuclear Winter balance adjustments, and more.

The big new addition for this update is the ability to build Display Cases for C.A.M.P. These cases will let players display guns, melee weapons, magazines, bobbleheads, junk, and more. Players can build a Display Case by heading to the C.A.M.P build menu and finding the new “Display” tab.

Also coming as part of this update is a rework of the Charleston Capital Courthouse’s interior “so that it better reflects the story you uncover as you play through the Key to the Past questline.” Another change being made is that the Capital Building and Courthouse are being split into separate areas to adjust the difficulty of enemies in these areas.

Other changes include an increase in the maximum caps per character to 30,000, balance adjustments for select weapons in Nuclear Winter, and an adjustment to the “activate” button so that it needs to be held down to enter furniture, play instruments, and drink.

More details will be shared once the update is live.