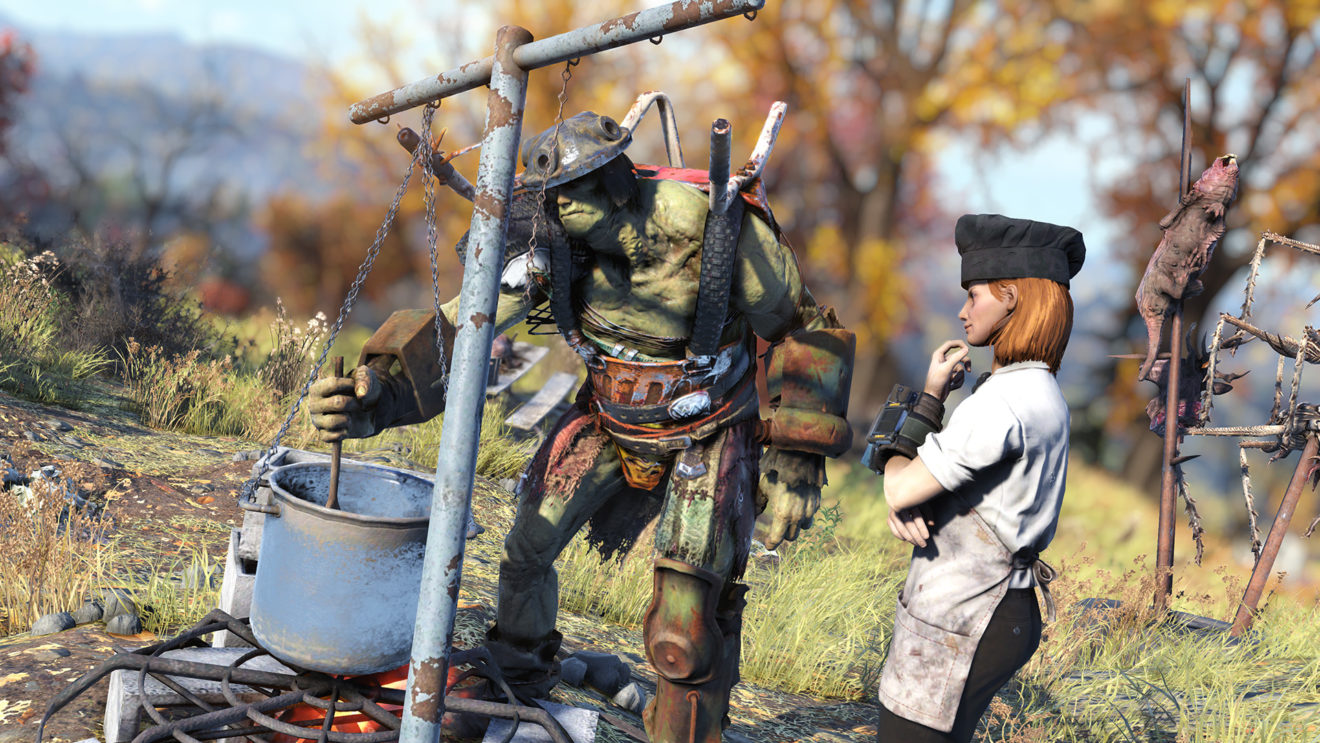 “We hope you’re hungry, because everyone’s favorite wandering vendor, Grahm, is prepping his grill for ‘Meat Week’, a celebration dedicated to roasting and eating as much delicious meat as possible—Luckily, humans are on the guest list, rather than the menu,” the developer writes. “Grahm is eager to throw the best party he possibly can for Dwellers throughout Appalachia, but he needs your help to gather enough food for everyone to get their fill and to make sure the cookout goes smoothly.”

Meat Week will be split into two events: Primal Cuts and Grahm’s Meat Hook. Primal Cut events take place every 15 minutes at three separate locations on the map. Players will need to head to these marked locations and hunt down beasts to collect Prime Meat, XP, and Caps.

While Grahm’s Meat Hook takes place every hour and requires players to aid Grahm while he mans the grill by cleaning up, gathering feed for Chally the Moo Moo, extinguishing fires, and providing entertainment for guests. Grahm will reward players with barbecue-themed loot as a thank you for helping out.

The Meat Week seasonal event is due to begin later this month.

Bethesda also mentioned that it has deployed a hotfix to address a bug that caused legendary enemies not to drop legendary loot, and is aware of issues regarding enemies being incorrectly labeled as legendary and Power Armor pieces going missing.