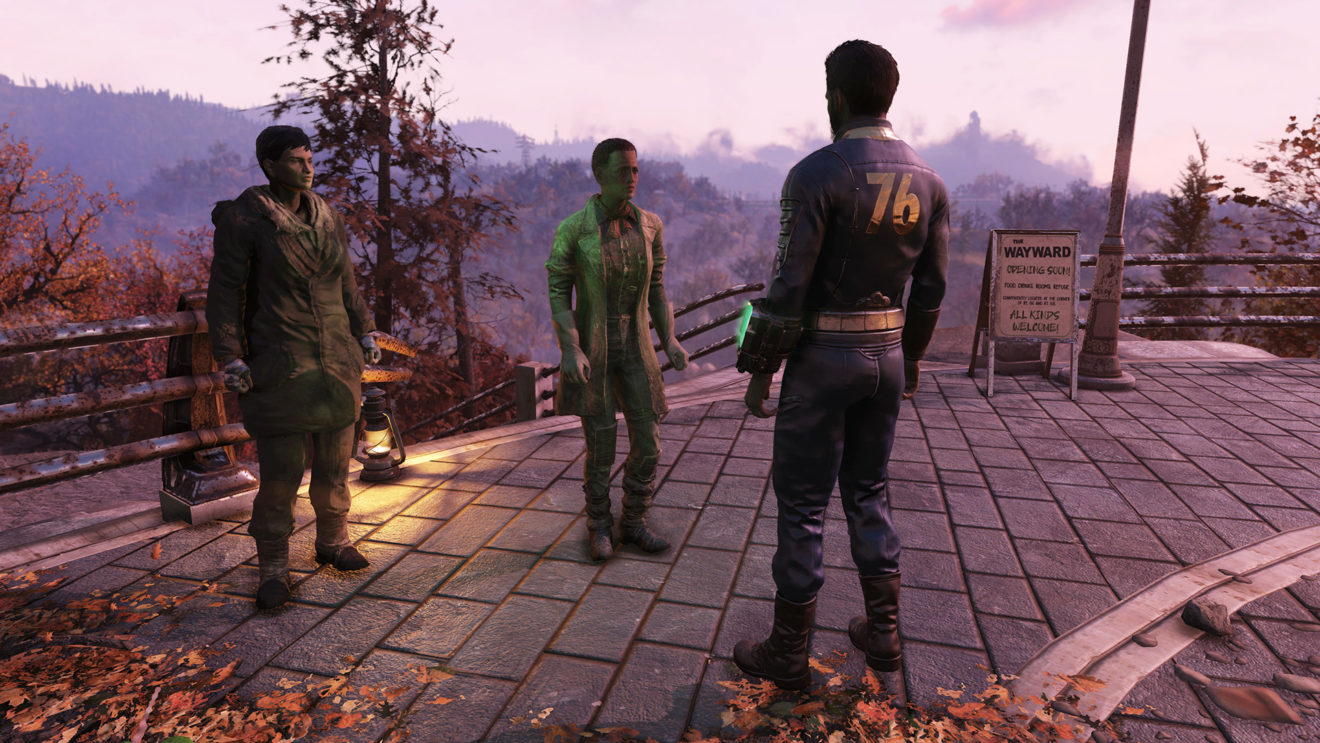 Fallout 76 players can now begin work on constructing a base for the Brotherhood of Steel with the release of Update 21.

The Brotherhood of Steel are on their way to Appalachia and it’s up to players to help turn the ATLAS Observatory into a makeshift base for them. Players must deliver raw materials to the observatory over the next couple of weeks. Each time players deliver materials they will receive ATLAS Donor’s Provisions, which contain a number of items and a chance to obtain rare plans. In addition, if players deliver enough materials before the end of the event then everyone gets new Brotherhood of Steel themed cosmetics, a Purveyor Super Sale, a Double S.C.O.R.E. Daily event, and more.

Update 21 also adds the new “A Colossal problem” Public Event, but it will not be active for a couple of weeks while Bethesda fixes performance and runs additional tests. The instanced event is designed for players who are level 50 or higher and tasks them with heading into the Monongah Mine and taking out the legendary Wendigo Colossus. Players who complete the event will get loot, XP, Caps, Treasury Notes, and a chance at new themed items for their C.A.M.P.

Finally, Meat Week returns to the game on August 18th. During the event, players will need to gather Prime Meat for Grahm and then help him host a Meat Cook to earn a number of rewards.