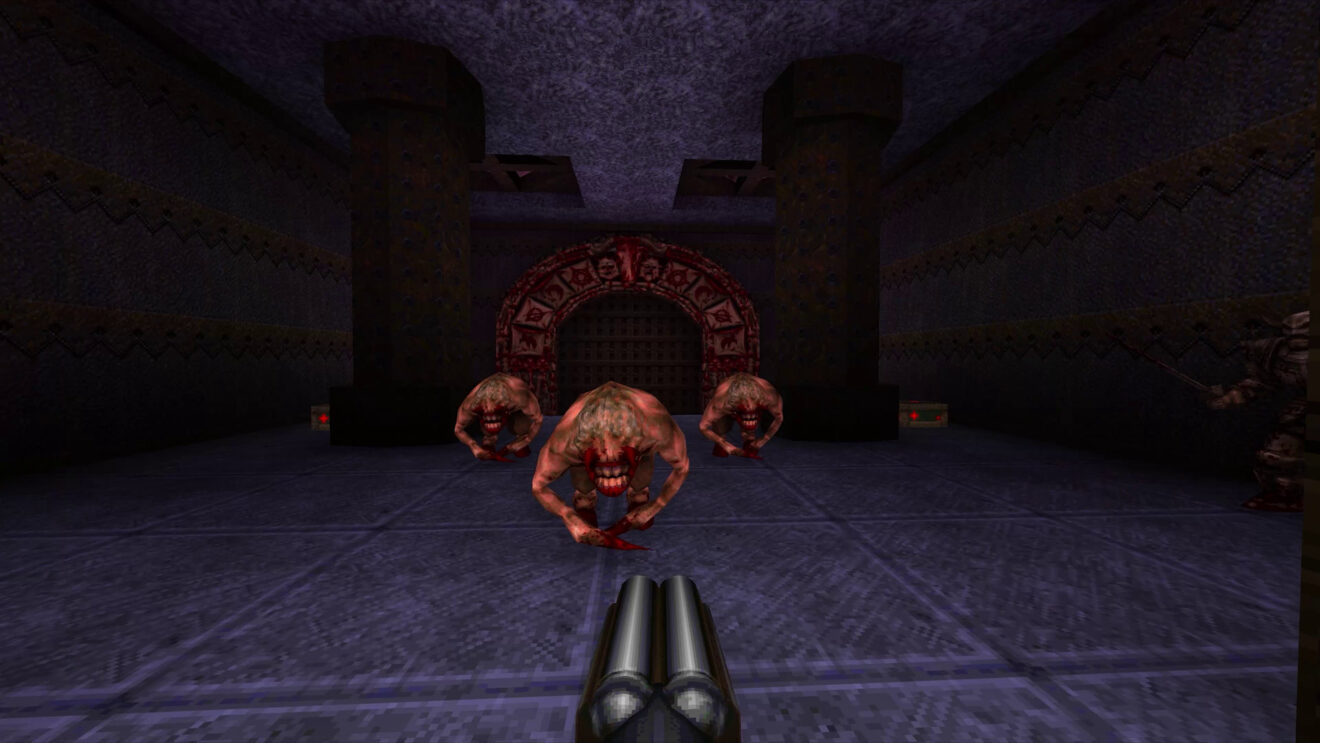 Bethesda has released an updated version of FPS Quake for PlayStation, Xbox, Nintendo Switch, and PC.

This enhanced re-release features support for up to 4K resolution and widescreen, as well as enhanced models, dynamic lighting, anti-aliasing, depth of field, dynamic shadows, and more. Players also get the Scourge of Armagon, and Dissolution of Eternity expansion packs, which have been integrated into the campaign, and a new expansion from MachineGames titled Dimension of the Past.

“Created for Quake’s 25th anniversary, Dimension of the Machine is a brand new experience created by the MachineGames team,” Bethesda explains. “Continue your fight through brand new dimensions, figure out the secret to restarting the machine, and come face to face with an old foe.”

Owners of the original Quake on Steam or the Bethesda Launcher will receive this enhanced version for free. The enhanced release is also included in Xbox Game Pass for Console and PC.

Quake is available now on PlayStation 4, Xbox One, Nintendo Switch, and PC. An upgrade for PlayStation 5 and Xbox Series X/S that will add 120hz support is coming soon.