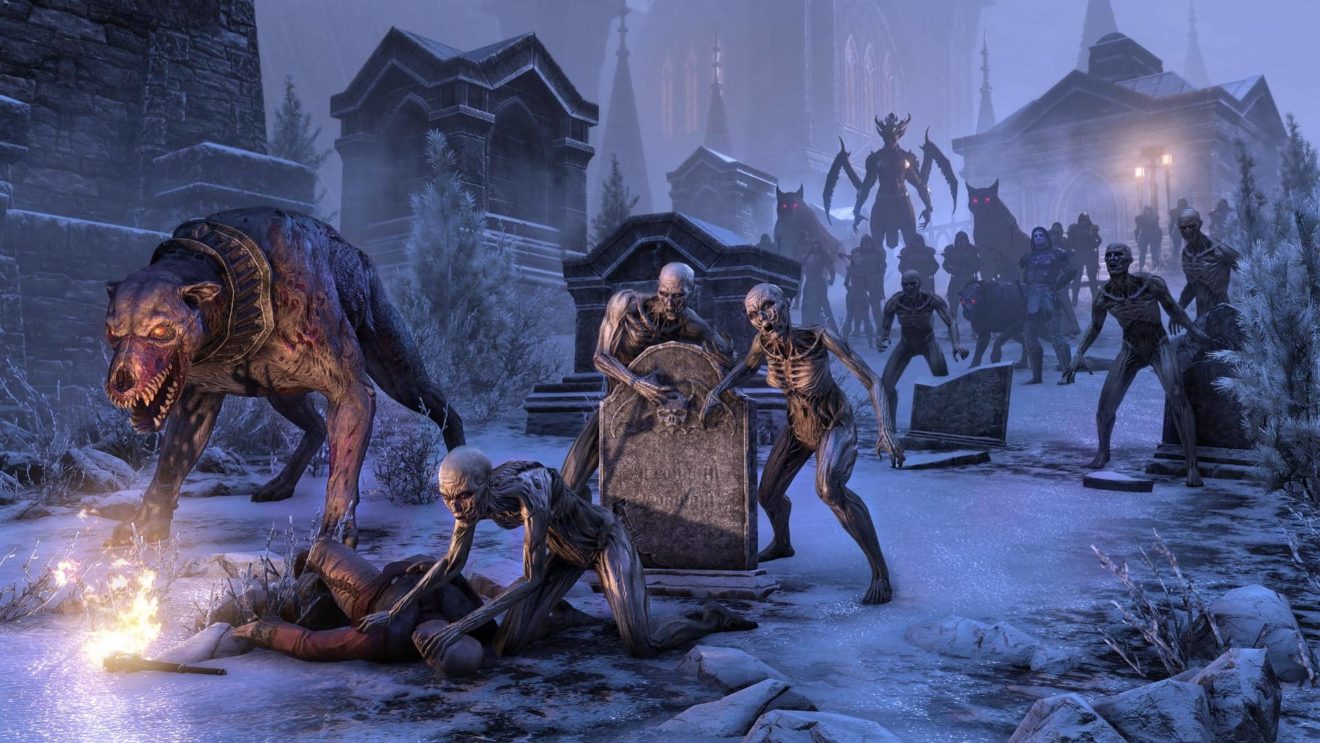 The upcoming DLC is “coming soon” to PC, consoles, and Stadia, and will continue the Dark Heart of Skyrim storyline as well as introduce two new dungeons. The first of these new dungeons is Castle Thorn and tasks players with storming the fortress to put a stop to Lady Thorn’s planned invasion of Western Skyrim. While the second, Stone Garden, sees players entering the laboratory of the mad Alchemist Arkasis to confront the evil genius and his experiments.

“Note that while these dungeons are part of a larger, grand narrative, you can jump in and enjoy their stories without having to complete any of the previous Dark Heart of Skyrim adventures,” the developer added. “In fact, if you so wished, you could begin your year-long journey right now!”

Arriving alongside Stonethorn is Update 27, which is free to all players of the game. This update will improve performance, reduce load times, and add Character Pathing to the Housing system, which allows players to build paths for residents to follow.

The Elder Scrolls Online: Stonethorn and Update 27 are coming soon to Xbox One, PlayStation 4, PC, and Stadia.