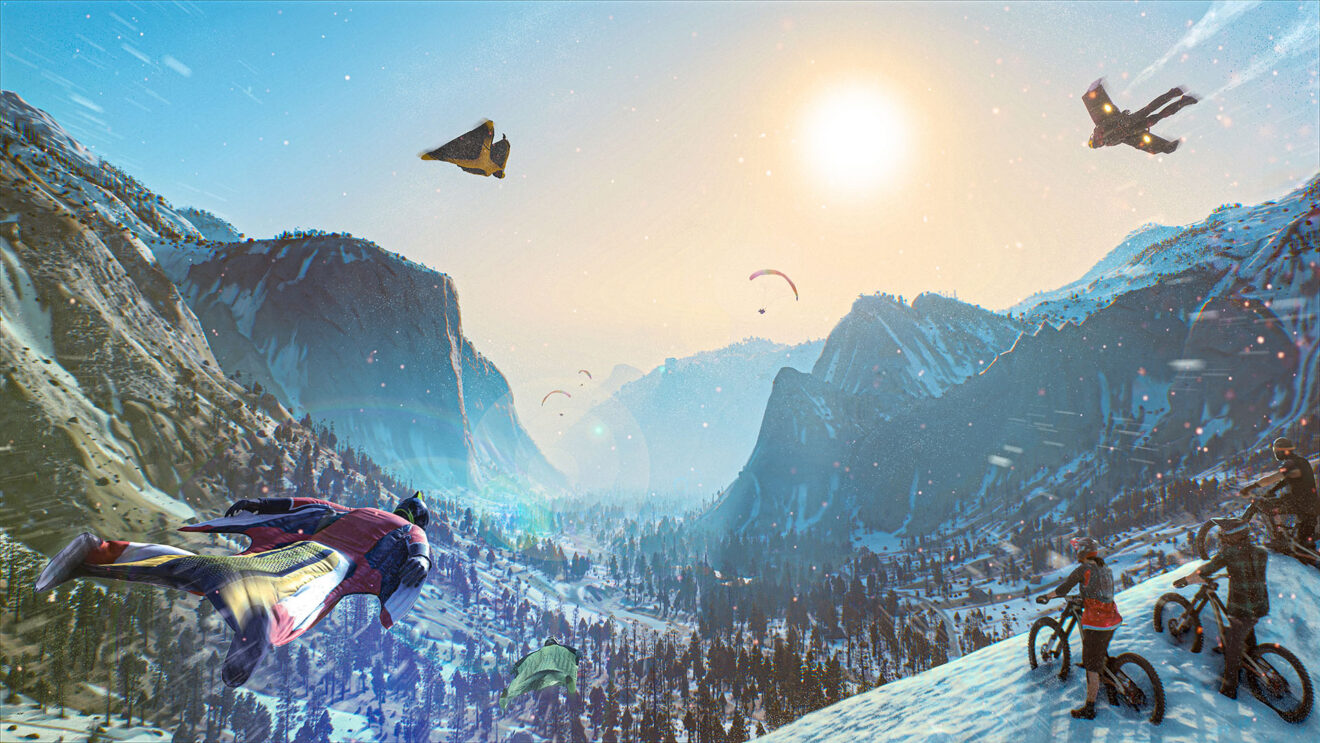 Oh, 2021. You had such promise. You were supposed to be our triumphant comeback from the horrors of 2020. Instead, you were that moment when you kill the final boss, a cutscene starts, and then—wait, why is the life bar at the top of the screen slowly refilling? Now we’re all catching hands from “(Omicron Form)” and we’ve already used up all our healing items. I don’t have anything else to say. I’m tired.

Oh, games? Yeah, some of them were pretty good, but I really don’t think any were all-time greats. My list this year has two games I only gave four stars to when I reviewed them, which would usually put them below contention. But you do the best you can with what you’re given, I guess. Here’s to a better 2022. Actually, let’s be realistic: 2023.

Most action games are shockingly bad at storytelling. The best ones usually get characters right, but when it comes to plot and structure, they’re pretty messy. Sometimes that’s due to the limitations of genre or the realities of how games are made—with narrative designers having to connect a bunch of already-planned levels into something cohesive. But Guardians of the Galaxy proves that it doesn’t have to be this way. This is a game that’s great at set-ups and payoffs, at laying out breadcrumb after breadcrumb that’s going to pay off in a big way later on. Every major character has an arc. The game has both a physical and emotional climax. It’s just solid writing throughout (even if the humor isn’t sharp enough to match). Maybe I’m a bit weird for valuing all of this so highly—I haven’t even talked about the gameplay, which is good enough—but this is one of the few games that actually stuck in my head this year, and the storytelling is one-hundred percent of the reason why.

In my review, I wasted a lot of time—yours and mine—to essentially say that Psychonauts 2 is really good but not as good as Psychonauts. And that’s true, but it’s also a very high bar to clear. With a few months of space between me and the game, I think I’m right that it’s not nearly as memorable as the original, but I do find myself thinking back fondly about the experience as a whole. There’s a soothing, comfort-food vibe to its low-stakes platforming and collecting, and I almost wish I could get my brain wiped and dive in to find all those collectibles again. And hey, I have a Nathan Stapley print hanging in my apartment, so you know I’m here for that art style.

Listen, I think it’s important to remember that triple-A game development is the ultimate group effort. No matter who gets top billing in the credits, the games we play are the result of passionate collaboration between hundreds of people. Usually. In the case of Halo Infinite, exactly one person made the game great: whoever chimed in during a brainstorming meeting to say, “What if Master Chief had a grappling hook?” Give that person a fat raise, a yacht, a knighthood, whatever. As great as Infinite’s combat feels, and as much as the transition to open-world gameplay reinvigorates the series, it would be pretty soulless and boring without the Grappleshot. With the addition of that single gadget, fights we’ve played a hundred times before are finally dynamic and engaging again. And every time I imagine what it’d be like to walk around the big, mostly empty Zeta Halo sans grapple, I actually shudder. It’s just a shame the otherwise great multiplayer doesn’t do more with it.

There isn’t a lot I can say about Deathloop that I didn’t already cover in my lengthy review, so I’ll use this space to highlight one big thing I forgot to mention: The game is cool. I don’t just mean it’s cool in the vague sense that we often use to talk about games, meaning the gameplay is good and offers up some memorable moments—though Deathloop certainly does that with its timeloop premise and open-ended assassinations. No, I mean cool cool. Idris Elba driving a Jaguar E-Type cool. Deathloop’s eclectic mix of 1960s and ’70s visual influences, the bombastic, Bond-esque music stings, and some solid voice acting performances contribute to a self-assured sense of identity that make Blackreef so damn inviting. Plenty of games try to be cool. Deathloop actually is.

When Riders Republic released, the world it depicted was literally on fire. The game’s central hub area is set in a version of Sequoia National Park; when you load in, it’s a short walk to see a digital recreation of the General Sherman Tree, a towering redwood and the largest tree on Earth. But you couldn’t visit the real General Sherman on launch day even if you wanted to. A month and a half prior, on September 9th, a lightning strike had ignited a fire that would eventually burn more than 130 square miles of forest in the park and the surrounding area. Later that month, rangers had wrapped the Sherman and other giant redwoods in protective foil in hopes of saving them, should the fire roll through. Giants Grove finally reopened to the public on December 9th, the trees there thankfully spared from destruction.

We can’t say for certain that climate change has caused the increase in wildfires in the western United States, but it’s a reasonable hypothesis given what we do understand. And if the link is real, this same story is going to repeat itself over and over. Someday—maybe next time, maybe decades from now—we won’t be able to save the General Sherman Tree.

It’s not just fires, either. Due to simple temperature change, scientists predict that by the year 2100, all but 0.2 percent of the Joshua trees in Joshua Tree National Park will be dead. The namesake formations of Glacier National Park have already shrunk by more than 40 percent since 1966.

I’m not here to Greta Thunberg you into buying a Prius. For one thing, I’m not interested in telling you what to believe or how to live your life. More importantly, though, it’s already too late. We’re all going to lose irreplaceable things.

Riders Republic is, both obliquely and directly, both intentionally and accidentally, the first triple-A video game about climate change. I fell in love with it for its sense of speed, its open-ended freedom, and most of all for its map, a mashup of six different National Parks connected by pristine virtual nature. But if you strip back the annoying characters drenched in extreme sports lingo and ridiculous costumes you can buy (with real money if you want!), there’s something deeper to the experience, too. There are passing references to climate change—”See this real-world glacier before it’s too late!” stuff—and a real, tangible reverence for nature that I hope will be infectious in anyone who plays. The game’s very existence also raises questions about what role technology can play in conservation, and what it means to digitally conserve something that will not last in reality.

But I think what’s impacted me most of all is the melancholy and borderline hypocrisy that are lurking just beneath the brightly colored surface. When I pilot my rocket wingsuit through Zion, I can’t shake the sense that I’m whistling past a future graveyard. To love the National Parks, or even to love nature at all, is to simultaneously understand you’re contributing to the destruction of the thing you love every time you get in the car to visit. Or every time you sit at home and play a game inspired by it.

If we think about video games not just as toys we play with or worlds we visit but as cultural artifacts that reflect the eras of their creation, nothing I played this year had as many interesting or complicated things to say about humanity in 2021 as Riders Republic.

If that’s a hot take, blame the climate.

We have a few rules at EGM about what games can make it onto our year-end lists, and one of them is that ports of already-released games aren’t eligible. That means Microsoft Flight Simulator, out on Xbox Series X/S this July but a 2020 launch on PC, can’t be in my top five. But I don’t think there’s another game that wowed me quite as much. I flew an ultralight plane down the streets of Manhattan, wingtips almost grazing the buildings. I bought a community-created jet and flew across the Sahara desert at top speed so I could watch a sunset in reverse. I accidentally crashed into the Ralphs by my apartment 50 times. There’s a magic to putting the world in a game, even as an imperfect copy. And in a year where the world seemed further away than ever, nothing brought me more joy.

I know a lot of us are awaiting HBO’s The Last of Us with bated breath, hoping Hollywood will finally figure out how to adapt a game into a great live-action TV show. But I can inform you that we’re already there. We have Frogger. This obstacle course game show on Peacock (a streaming service I only subscribed to because I didn’t realize Frasier is on Paramount+) is a triumph. Almost nothing, save some general concepts in the different courses and the fact that contestants get multiple lives, comes from the actual game. Some of the later Froggers—and this is breaking news to me—introduced reptilian baddies for our hero to face, but the show jettisons all that lore to invent its own villain: the flatulent, inscrutable, poorly CGI-animated Boss Toad. But the plot, the premise, whatever you want to call it, is just an excuse to alternately enjoy displays of skill and laugh at painful-looking brushes with physics. It’s stupid. It’s pointless. And it’s often, against my sense of taste and better judgment, a whole lot of fun. How do you encapsulate the spirit of video games any better than that?

I haven’t played Retired Men’s Nude Beach Volleyball League, and I never will. It’s not that I’m scared of the male form, or of the reminder that I too will wrinkle and droop and sag as I inch closer to my inevitable death. It’s just that the title is too good. No gameplay can match the grandeur of the journey the name takes us on through simple language. Each word conveys essential information and arrives in the perfect order to hone the possibility space of all games to a hyperspecific point. Look at how “nude” arrives just in time to serve as a shocking twist, coming so soon after our mental image of elderly men has been established. And “beach,” nestled in its place, manages to evoke the phrases “nude beach” and “beach volleyball” simultaneously, grounding us in the real world. And the “league” that finishes it all is not a period, but a question mark—many question marks, even. How did this organization start? Who is the commissioner? Are there sponsors? Does such a thing exist in the real world, or only in the imaginations of our greatest living digital artists? Move over, Hemingway. There’s a new king of the six-word short story. 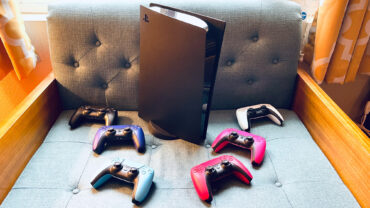