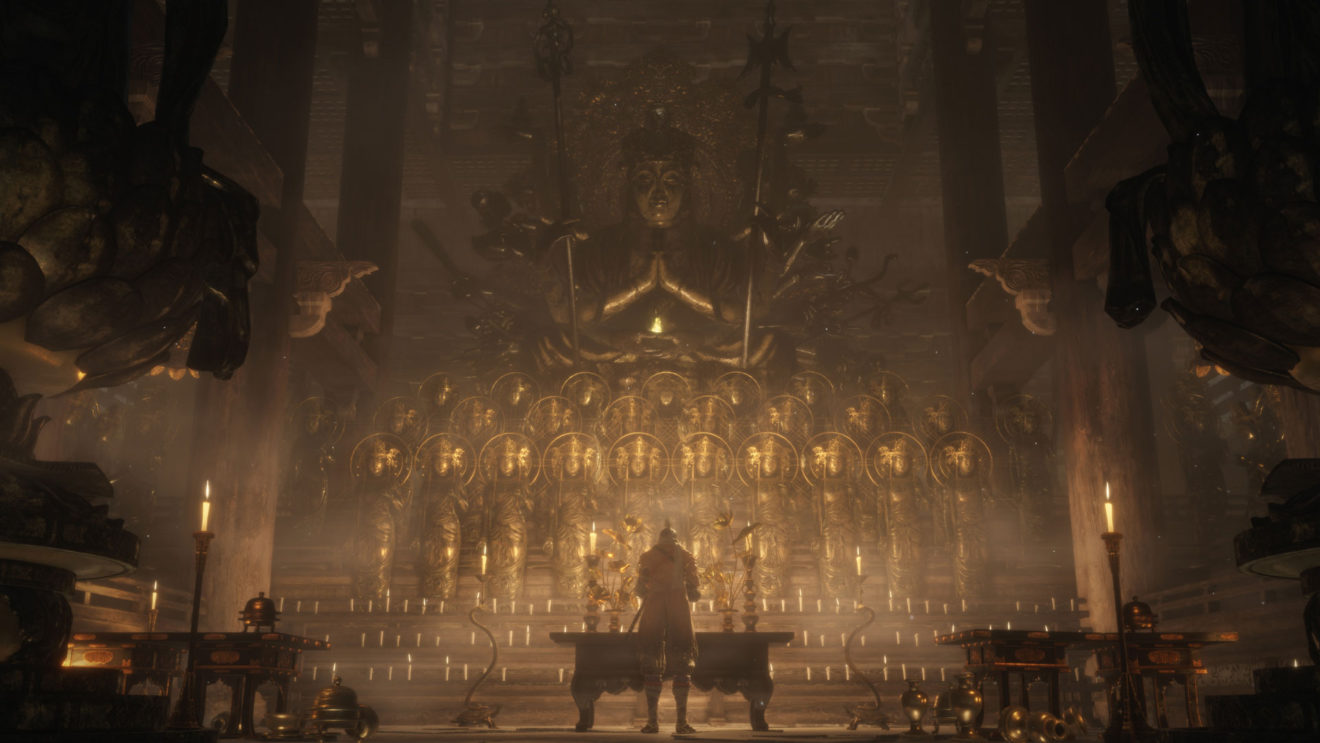 Reasonable folks can disagree, but 2019 struck me as a definite off-year for video games, with plenty of slightly above-average games and very few true greats. Truth be told, up until a mad rush in November and December to play through a bunch of stuff I’d missed out on, I didn’t even have a full top five. And even after marathoning through hundreds of hours of highly recommended games in a few short weeks, I was still struggling to come up with a list of titles I truly loved, rather than those that were the most okay.

To me, it feels like the gaming industry is on the verge of reckoning with the dozen or so possible futures it’s built for itself. Every time one option gets a turn in the spotlight, it comes up short. VR is not the future. Streaming might be the future, but this year hasn’t been a strong start. Single-player is dying and live service is taking over, except when it isn’t. The only solution is impossibly huge budgets and soul-crushing crunch, until we all decide that’s not what we want either. Indies will save us, but only as they drown in a sea of trash. I’m not sure which Bethlehem we’re slouching toward, but I am excited to continue to explore our increasingly apocalyptic present together in the next decade.

The most admirable thing about Untitled Goose Game is its willingness to be slight. Australian developer House House came up with an amusing idea—What if you were a goose, and what if that goose were kind of a dick?—and built out a series of clever little sandboxes around it, with an emphasis on AI loops and environmental interactions that call to mind the Hitman series, albeit with a looser idea of stealth. But there’s no padding or bombast here. You can see the game through to completion in just a few hours, and you won’t find any story beyond simple checklists of anserine malice. You tear through a quiet English village like a goose tornado, then the sky clears and you move on with your life. Like any good joke, the trick is telling just enough variations on the gag that it stays funny. Because Untitled Goose Game doesn’t try to overstay its welcome, the slapstick is still amusing by the time the final punchline hits.

Broadly speaking, Horace is a story-driven platformer about a robot in post-apocalyptic Britain, but even that complicated description hardly sums it up. At various points throughout its 20 hours, the game shifts into so many genres and homages that it’s hard to keep track. Sometimes it’s a rhythm game, sometimes a Metroidvania, sometimes a simplistic first-person dungeon crawler, sometimes a driving game. At one point you compete against a robotic parody of Billy Mitchell in a series of riffs on arcade classics. I can’t remember the last time a game genuinely surprised me so often—something made all the more impressive by the fact that the game is the work of just two people, a labor of love that took seven years to make.  Whatever Horace may lack in polish, it more than makes up for in generosity and heart. Forget Death Stranding. Horace is my pick for the self-indulgent, messy, frustrating magnum opus of 2019.

Would I love The Outer Worlds so much if I hadn’t wasted many dozens of hours in Fallout: New Vegas way back when? Maybe not. But I think the nostalgic appeal of Obsidian’s particular take on role-playing is entirely earned because of the amount of effort that went into revamping those same core principles. This isn’t just a rehash of a game you’ve already played. The Outer Worlds builds out one of the most original, quirky, and ultimately convincing science fiction settings in recent memory. For a universe that’s completely new to feel as fleshed out and earned as that of Fallout, which has been around for more than three decades, is no small feat. Deep role-playing and (some) memorable companions—SAM is best boy, fight me if you disagree—round out the package to make The Outer Worlds a near-perfect platter of video game comfort food.

Control is a solid game and everything, but I’m not going to beat around the bush: The only reason it’s so high on my list is the suit you can unlock for Jesse. Video games suck at giving us cool characters. Cute? Sure. Macho? All too often. But never cool in that ’80s Harrison Ford, ’60s Steve McQueen, pre-Cats Idris Elba sort of way, even when they’re supposed to be. Master Chief is military hardware. Marcus Fenix is a grunting assemblage of beef. Sonic might have been cool back in the day, but we’re several thousand works of erotic fan art past that by now. But Control’s Jesse Faden, all decked out in the Director’s Suit (or its slightly superior, mustardy counterpart, the Golden Suit) is stylish in an effortless, timeless way I could never hope to match in real life. That’s the power fantasy I want from video games. Everything else is just gravy.

At its best, Sekiro is a dance. What takes so long to internalize is that you’re not the one leading. Other action games that share Sekiro’s habit of giving enemies big, showy attack animations tend to use them as a crutch or room for added mastery. The cues are inessential, a way to do better, but you can still muddle your way through just fine without paying close attention. In Sekiro, the unforgiving balance means you can’t brute force your way past the more demanding encounters in the game. Hell, you might not even get past the Unchained Ogre. If most action games are about the player taking as much as they can from enemies at every possible opportunity, Sekrio is almost the inverse. You pay attention to your partner, you hit your marks, and when the time is right, the game will give you everything you need to succeed. You learn to work with the game, rather than against it, and together you create remarkable, satisfying, almost intimate battles. After beating the game some half-dozen times, I feel close to its design in a way I never have with any other single-player game. I know its personality, its quirks, its joys and cruelties. I’ll leave it to others to sing the (rightly earned) praises of its world, exploration, and systems. For me, the beating heart of Sekrio is shinobi and foe, weapons drawn in a beautiful struggle.

Disco Elysium is truly a role-playing masterpiece, challenging our expectations of the genre in ways both subtle and obvious. Aided by the unique historical, political, and cultural perspective of developer ZA/UM, the savvy writing provides yet more proof that you don’t need a triple-A budget to tell a remarkable story. It’s equal parts Trainspotting, The Great Dictator, and Pixar’s Inside Out. It’s a hyperdistillation of classic Fallout, filtered through Hunter S. Thompson, served with a Karl Marx chaser. Most of all, Disco Elysium is an instant classic.

Okay, Disco Elysium hit right before I went on vacation, and my current setup makes it a bit of a pain to play PC games, so it kind of slipped past me. I’m planning on getting to it over the holidays. But I don’t want to lose valuable street cred in the meantime, so I’m awarding it highest honors despite the fact that I haven’t played it or read a single article about it. I’m not even sure I know what it is! Let me know how I did!

I’m not giving out this award because “Die-Hardman” sounds stupid—though it does. I’m giving it out for two reasons: 1. The voice actors can’t agree on whether it’s supposed to be pronounced “die hard man,” like a superhero, or “Diehardman,” like a Jewish last name. No one corrected anyone. 2. The character explains he got his nickname serving in the military because he always seemed to return from battles alive, no matter the odds. Text files you find later on reveal that his real name is John McClane, A FACT HE DOES NOT BRING UP ONCE DURING HIS EXPLANATION. This is insane. I want to die.

Deacon St. John wore a backward baseball cap to his own wedding.

Josh Harmon
Josh picked up a controller when he was 3 years old and hasn’t looked back since. This has made him particularly vulnerable to attacks from behind. He fell in love with EGM during the Dan Hsu era, so joining the magazine as an intern way back in 2012 felt like a dream come true. Now, as Editorial Director, he’s excited to lead EGM somewhere new.
Share
Post tagsBest of 2019 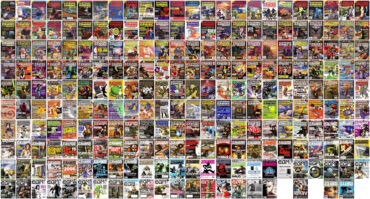