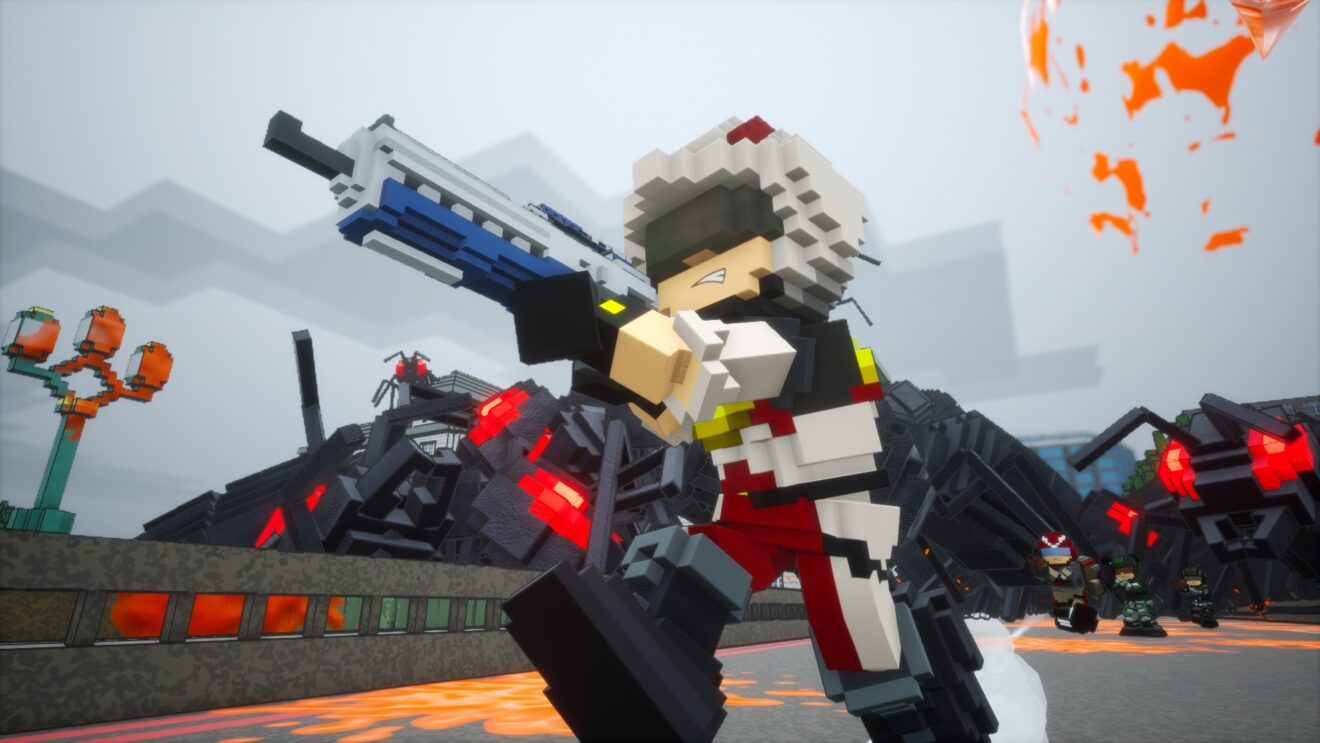 D3 Publisher has announced that Yuke’s voxel-based Earth Defense Force spin-off World Brothers will be available on PlayStation 4, Nintendo Switch, and PC from May 27th, 2021.

In World Brothers, giant enemies have invaded Voxel Earth and shattered it into square pieces. Now it’s up to the Earth Defense Force to beat back the invaders and save the day. To help with the fight, players will have access to classes and weapons from every main game in the EDF series, including a few new Voxel Earth characters.

The game also supports four-player online co-op on each platform, as well as two-player split-screen on PlayStation 4 and four-player LAN co-op on Nintendo Switch. However, the game does not support cross-platform play.