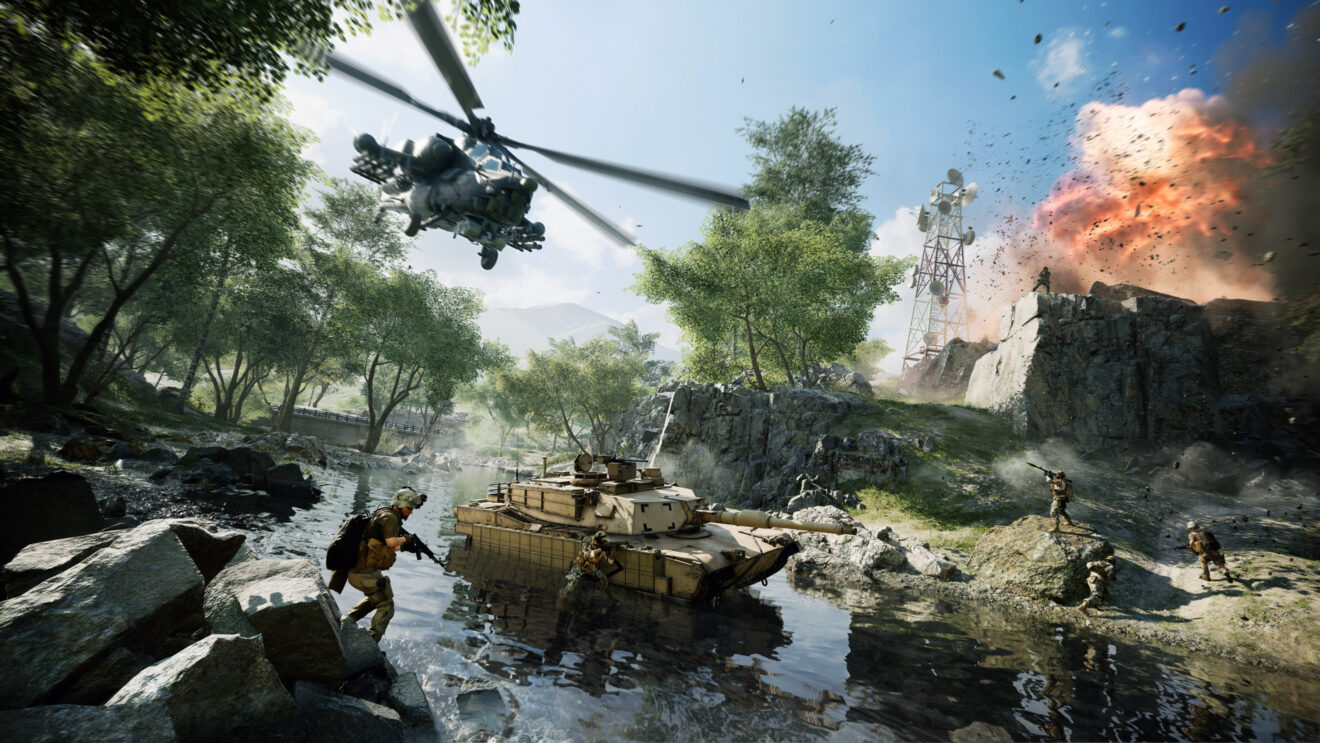 Electronic Arts has revealed its plans for the future of the Battlefield franchise in the form of a “connected Battlefield universe,” and Respawn co-founder Vince Zampella is leading the effort.

Speaking to GameSpot, Zampella stated that there are no plans to replace the recently launched Battlefield 2042. In fact, EA recently released a few details about its upcoming first season of content, namely that its first new map is called Exposure that takes “map design to a whole new level.” Hopefully that level isn’t the top of a skyscraper. EA also confirmed that limited-time 64-player modes will come to Xbox Series X/S, PS5, and PC in 2022.

But plans are to expand Battlefield beyond 2042 and developer DICE. EA will “explore new kinds of experiences and business models along the way that we can add to that foundation to provide an awesome array of experiences for our players,” Zampella said. “In this universe, the world is interconnected with shared characters and narrative.”

These new experiences include something from Ripple Effect beyond Portal mode in 2042, as well as a more narrative-focused experience from the new Seattle-based studio that Halo co-creator Marcus Lehto founded.

DICE, meanwhile, will continue to work on Battlefield, too, but that studio has recently experienced some restructuring. That includes the exit of GM Oskar Gabrielson, who confirmed his departure after 13 years with the studio on Twitter. Former Ubisoft Annecy studio director Rebecka Coutaz is taking over as GM at DICE, according to GameSpot. This announcement occurred just days after head of design Fawzi Mesmar left DICE for Ubisoft.

Meanwhile, DICE just released its third update for Battlefield 2042 since its rocky early access launch less than a month ago. The update boasts a ton of fixes, but major issues like joining matches without loadouts and the inability to turn off crossplay via the main menu on Xbox still persist.