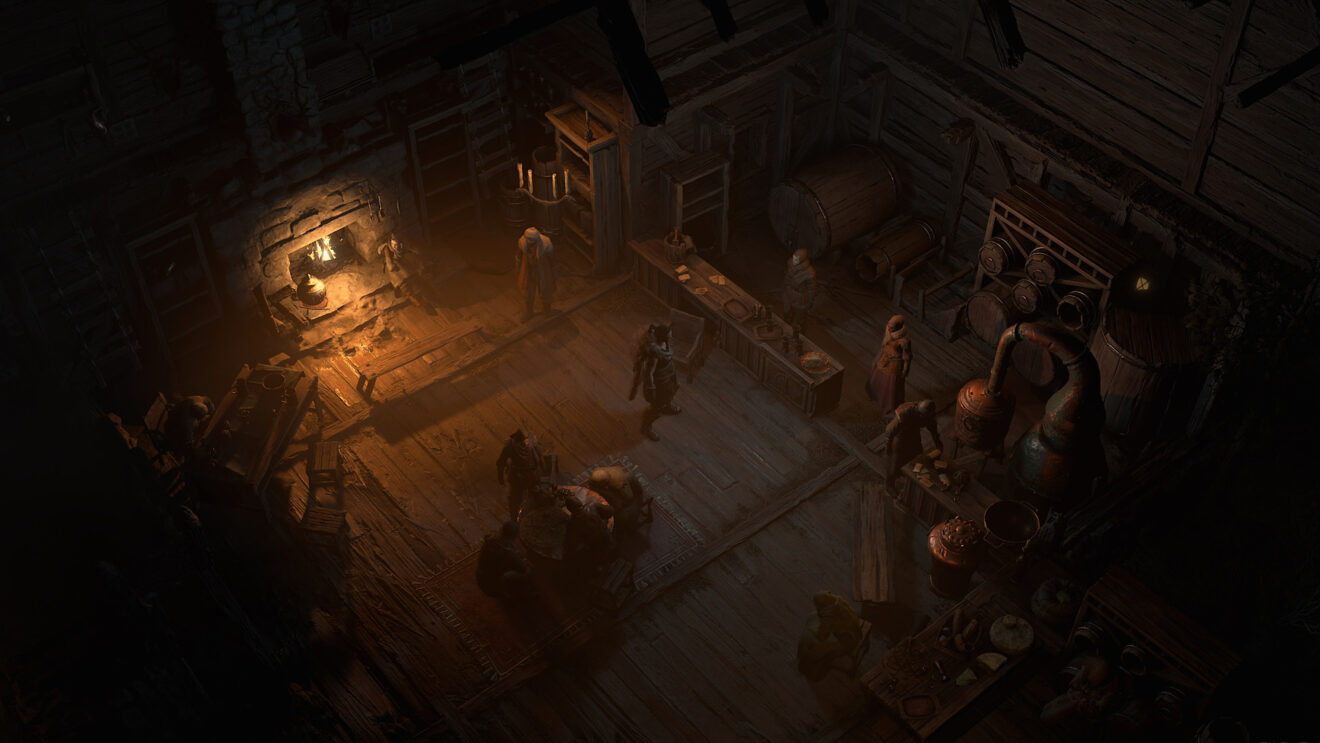 Diablo IV will have over 150 dungeons, new gameplay revealed

Blizzard has published a new quarterly update on Diablo IV, this time offering an in-depth exploration of the game’s environments.

From a gameplay standpoint, the single biggest piece of news out of this update might be the scope of the game. Early on, Chris Ryder, the game’s art director for environments, mentions “five distinct regions and hundreds of dungeons that you will experience.” In a later segment, Brian Fletcher, the associate art director for environments, says the game will have “150+ dungeons.” So either way, this is going to be a big world with a lot of locations you’ll be entering to do battle and loot.

If you’re curious about the artistry going into the game, there’s a lot of interesting detail here as well.

“We approach creating the environments of Diablo IV through a darker and more grounded interpretation than earlier installments,” Ryder explains. “The aim is for believability, not realism. Believability comes through our use of materials and deliberate construction of architecture and artifacts you will come across as you play through dungeons and the open world.”

Two other big areas the environment team is focusing on are weather effects and lighting, both of which are designed to help with environmental storytelling. “When it rains, surfaces get wet, puddles form in ruts and hoof prints, the ground feels muddy, the atmosphere is heavy and damp. Contrast that by making your way into a hazy fire-lit tavern that instantly contrasts with the atmosphere outside, a rare place of refuge and warmth. We want to take you on a journey, hinting at a location’s past or recent events,” Ryder writes.

At the broadest level, there are two main concepts the art team is using as guideposts: one called “old masters,” referencing European painters from the 18th century and earlier, and the other called “return to darkness.

“The ‘old masters’ pillar gives us a lens to filter our art through, considering the techniques classical painters like Rembrandt used, with their controlled use of detail, tonal range, and expert use of color palettes,” Ryder says. “The ‘return to darkness’ pillar is a through-line in everything from dungeons to lighting and embodies the idea that Sanctuary is a dangerous and dark medieval gothic world. “

As is par for the course, the update also includes a host of gameplay videos to illustrate the topic being discussed. In this case, there’s one big sizzle real showing examples of environmental art, and a host of shorter vids focused on specific locations, from both the overworld and dungeons. You can check out all the videos below, and read the full quarterly update post on the Blizzard site.

Diablo IV still has no release window. It was announced for release on PlayStation 4, Xbox One, and Windows PC, but you can probably expect that platform list to get longer when Blizzard is ready to talk about launch details.

Josh Harmon
Josh picked up a controller when he was 3 years old and hasn’t looked back since. This has made him particularly vulnerable to attacks from behind. He fell in love with EGM during the Dan Hsu era, so joining the magazine as an intern way back in 2012 felt like a dream come true. Now, as Editorial Director, he’s excited to lead EGM somewhere new.
Share
Post tagsDiablo