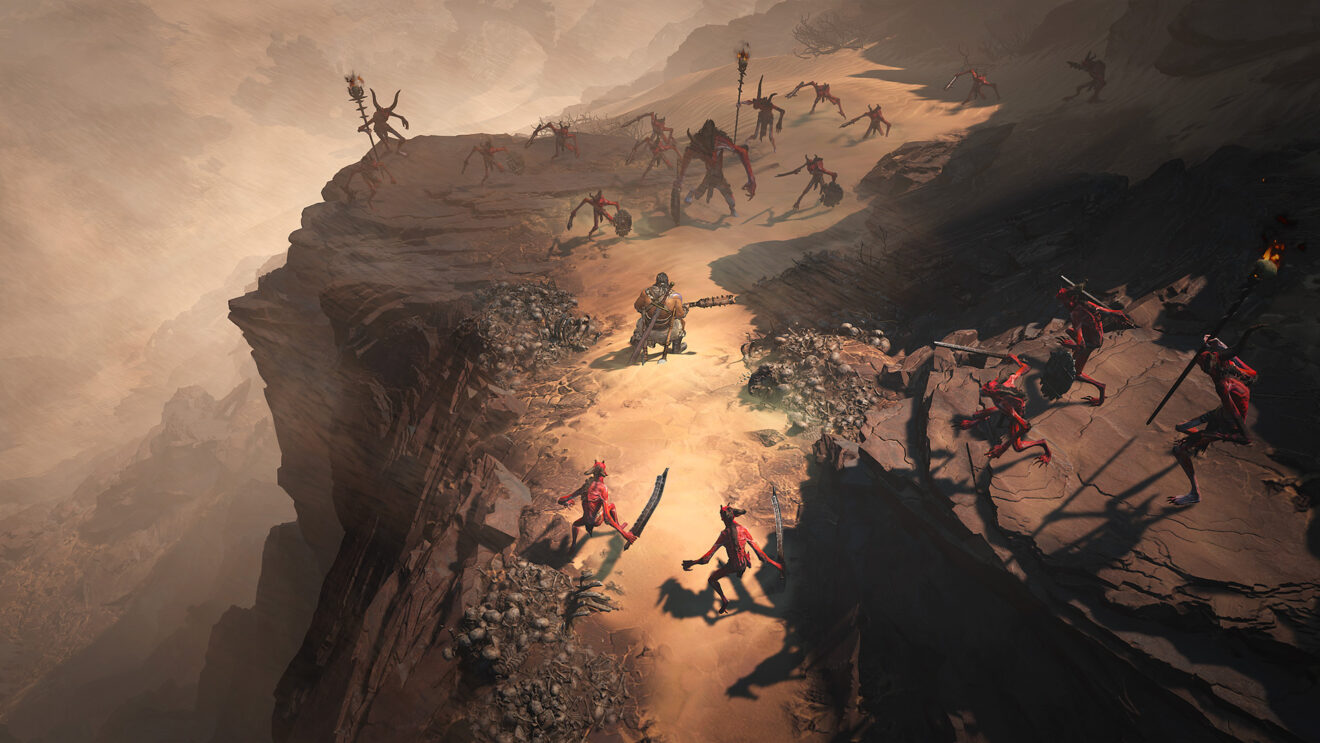 Blizzard has released its final quarterly update on Diablo IV for 2021, and the new blog post brings some pretty substantial details on endgame progression.

Like Diablo III, once your character has reached max level in Diablo IV you’ll be able to continue leveling them up using the Paragon system. But that’s where the similarities end, as Blizzard is taking an entirely new approach to the feature in the upcoming sequel.

In Diablo IV, endgame progression will be handled via Paragon Boards, a series of interconnected, grid-like skill trees. The easiest way to understand it is to look at the sample board Blizzard published:

Like many skill trees, you can unlock any nodes adjacent to one you’ve already unlocked. Each Paragon board’s layout is different, but there are common node types on all of them. The most plentiful type are common tiles, which offer a bonus to a particular stat. The next most common are magic tiles, which grant more powerful buffs (Blizzard’s example is +10 fire resistance).

The yellow hexagons are rare tiles, which offer bigger boosts still. These tiles “also have additional powers that unlock once the hero has raised an attribute to a sufficient level, requiring some choices to be made when plotting your path through the board,” according to the blog post. The sample shown grants +10 Fury per kill, with an 8% buff to maximum Fury once the requisite Strength and Willpower levels are met.

The square at the center is a Legendary tile, of which there’s only one per board. These are, predictably, the most powerful buffs, with the example being +30% damage anytime your character is above 50% Fury.

The final tile you’ll find on a Paragon Board is the Socket, which lets you plug in any Glyphs you’ve discovered during gameplay. Once you slot in a Glyph, it’ll grant bonuses based on the number of Paragon tiles you’ve unlocked in its vicinity. The higher-level the Glyph, the bigger the radius it affects on the Paragon Board.

Once you’ve navigated to one of the gates at the edges of the grid, you’ll be able to choose a new Paragon Board to attach onto the side and continue leveling up with it. Like the current Paragon system in Diablo III, there doesn’t appear to be any limit to how many Paragon levels you can earn in Diablo IV, so if you’re the kind of person who plans to play the game indefinitely, you can spend a ton of time filling out these boards to your heart’s content.

In addition to the Paragon Boards, the blog post also details a few other aspects of progression. First up, you’ll be able to transfer a Legendary item’s attributes to a different item by taking it to a new NPC called the Occultist. Say, for example, you find an axe with a Legendary buff you love, but your character doesn’t use axes. You can hand it over to the Occultist, destroy it, and get an item called an Essence that contains that Legendary buff. You can then slot it into a different Legendary weapon or gear piece—but there are some limitations on what kinds of items each Essence can apply to. The process also won’t work with Unique items.

The post also reveals that items bonuses to skills (like, for instance, an axe that grants +4 Flay) will actually allow you to use that skill while equipped, even if you haven’t unlocked it on your skill tree yet. “It’s a great way to try out new skills before you’re able to invest in them,” Blizzard writes.

The final focus of the blog post is the upgrades Blizzard is making to the game’s visual effects. There’s a lot of detail here—too much to cover it all—but the basic gist is that the dev team is working hard to make the visuals feel more distinct. You’ll see different animations and effects based on your character class, the levels of your skills, and even where on an enemy’s body your blows land.

For the full rundown, check out the blog post, but we’ve embedded a few of the most interesting example videos below.

Diablo IV still doesn’t have a release date, but earlier this year Activision Blizzard announced it was pushing the game back from its originally planned launch. As a result, the game is no longer expected to launch before 2023. Whenever it’s out, it’ll come to PlayStation, Xbox, and Windows PC.