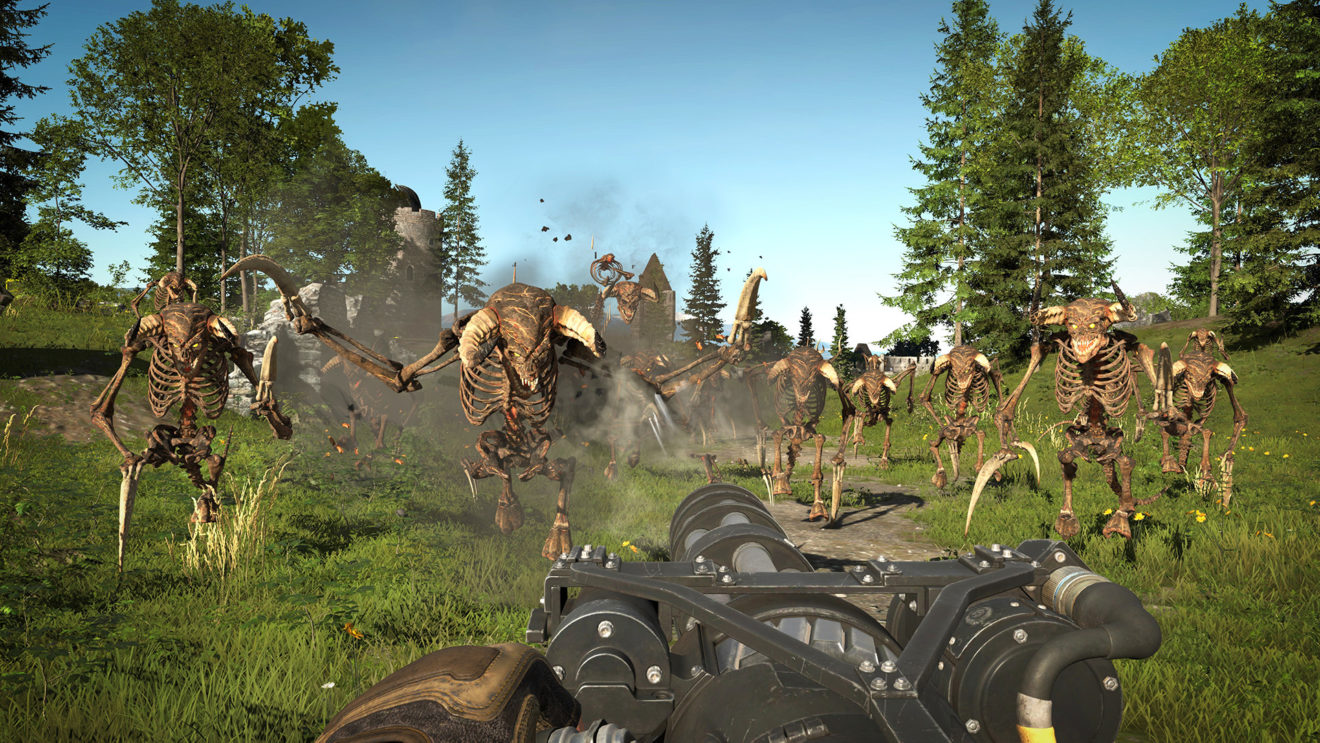 Devolver announced the acquisition with a characteristically tongue-in-cheek blog post. “Croteam and Devolver Digital have been dating for so long that we decided to go ahead and just get married. Devolver has acquired Croteam…or maybe Croteam has acquired Devolver…who could really know at this point in the relationship,” the publisher wrote.

The announcement also confirmed that one previously announced Croteam projects like The Talos Principle 2, a sequel to the 2014 puzzle game, will still proceed as planned. Devolver also promised future Serious Sam games and original IP, with Croteam retaining “total creative freedom” over the games it makes.

Viewed through one lens, the move is hardly surprising. Croteam’s Serious Sam HD: The First Encounter was the first game Devolver ever published back in 2009, and the partnership has continued strong in the decade since.

Still, it is a bit unexpected. Until today, Devolver exclusively functioned as a publisher of games developed by independent studios. Croteam is the first and only development studio Devolver will own outright—at least for now.

Croteam’s latest, Serious Sam 4, is out now on Windows PC and Google Stadia. The game will arrive on Xbox One and PlayStation 4 sometime in 2021.