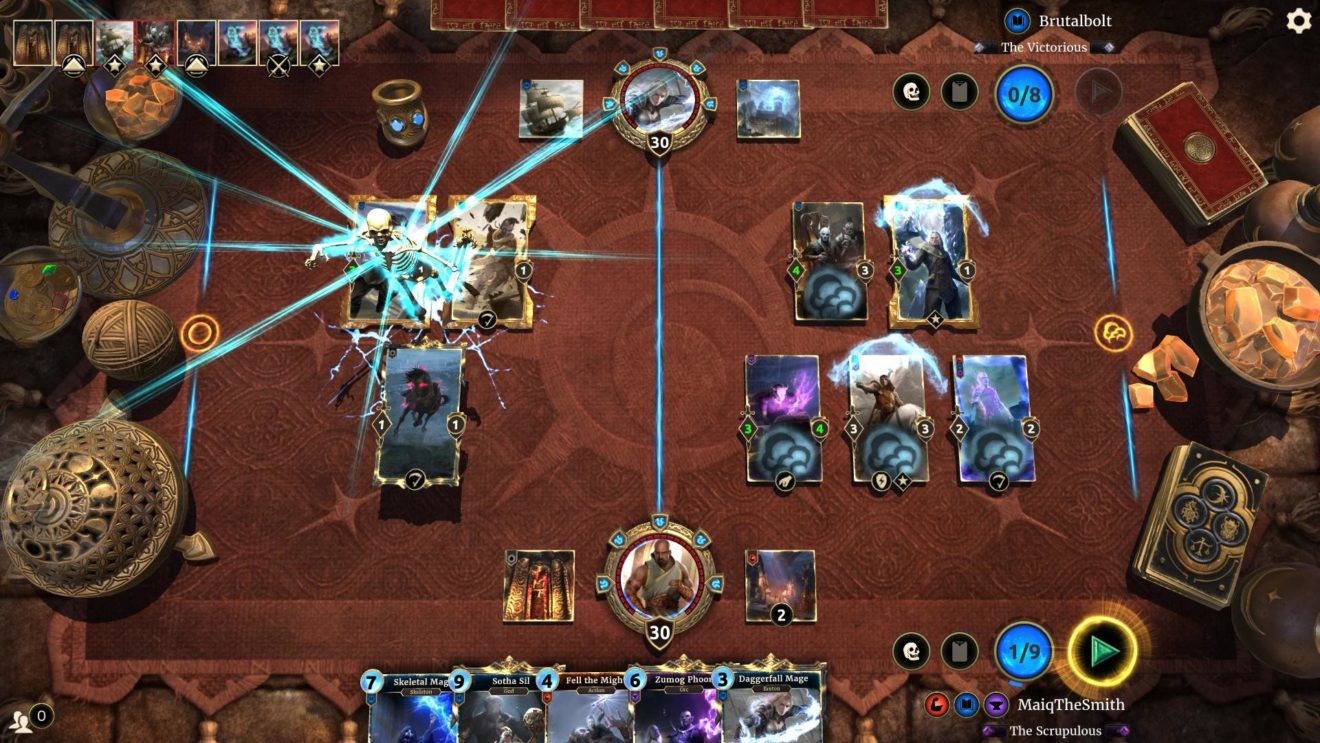 Development of The Elder Scrolls: Legends has been put on hold

Bethesda has announced that it is putting development of new content for card game The Elder Scrolls: Legends “on hold for the foreseeable future.”

“We would like to provide an update on Legends in regard to new content,” the developer wrote on Reddit. “Our previous roadmap indicated we would be releasing one more set this year. We decided to put any new content development or releases on hold for the foreseeable future.”

Players will still be able to download and play Legends on all existing platforms and Bethesda will continue to support the game with monthly reward cards, in-game events, and maintenance. However, new expansions and content are no longer in active development.

As a thank you to players for their support, Bethesda is offering all players The Tamriel Collection, “an assortment of new, three-attribute cards and more.” Simply log in to claim the reward.

The Elder Scrolls: Legends is available now on PC, iOS, and Android.