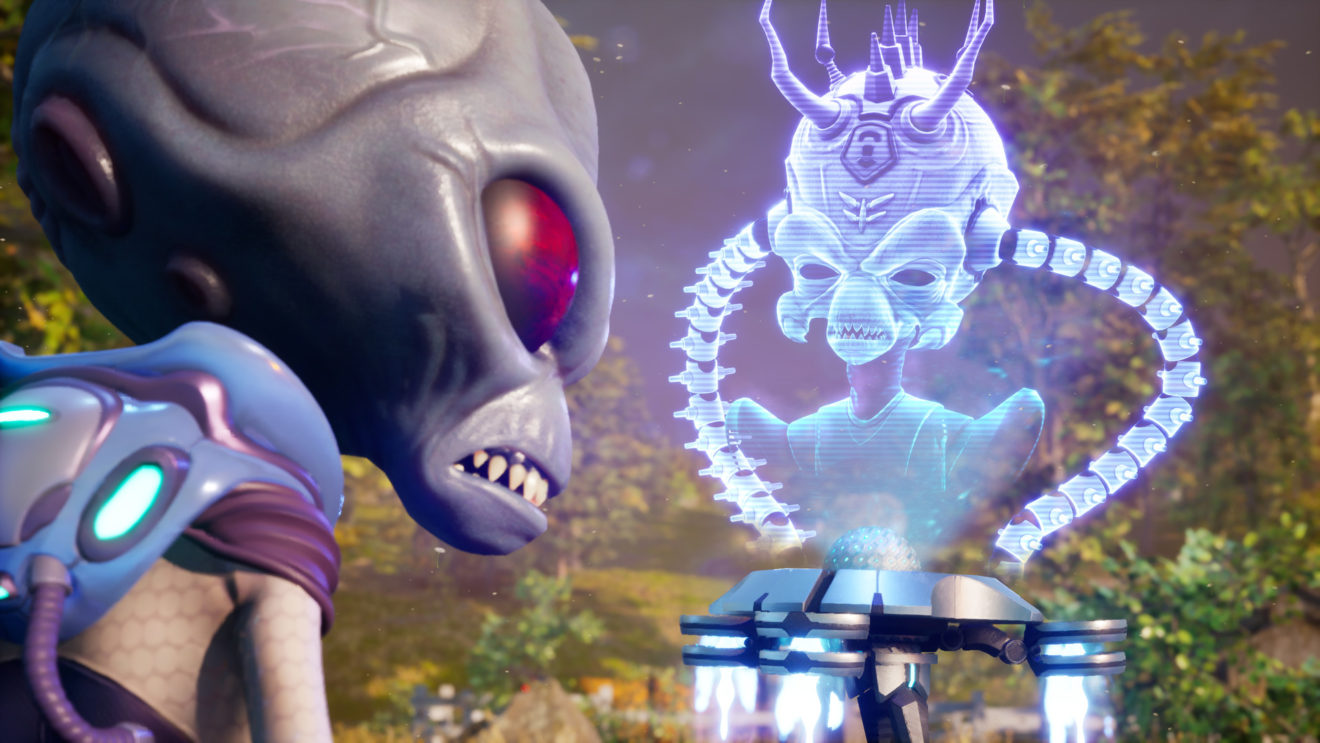 The trailer shows Cryptosporidium-137 terrorizing the people of 1950’s Earth, impersonating humans, and taking on giant robots in his flying saucer. Watch the official launch trailer below:

“Terrorize the people of 1950s Earth in the role of the evil alien Crypto-137,” the game’s description reads. “Harvest DNA and bring down the US government in the remake of the legendary alien invasion action adventure. Annihilate puny humans using an assortment of alien weaponry and psychic abilities. Reduce their cities to rubble with your flying Saucer! One giant step on mankind!”

Destroy All Humans! launches today on Xbox One, PlayStation 4, and PC.