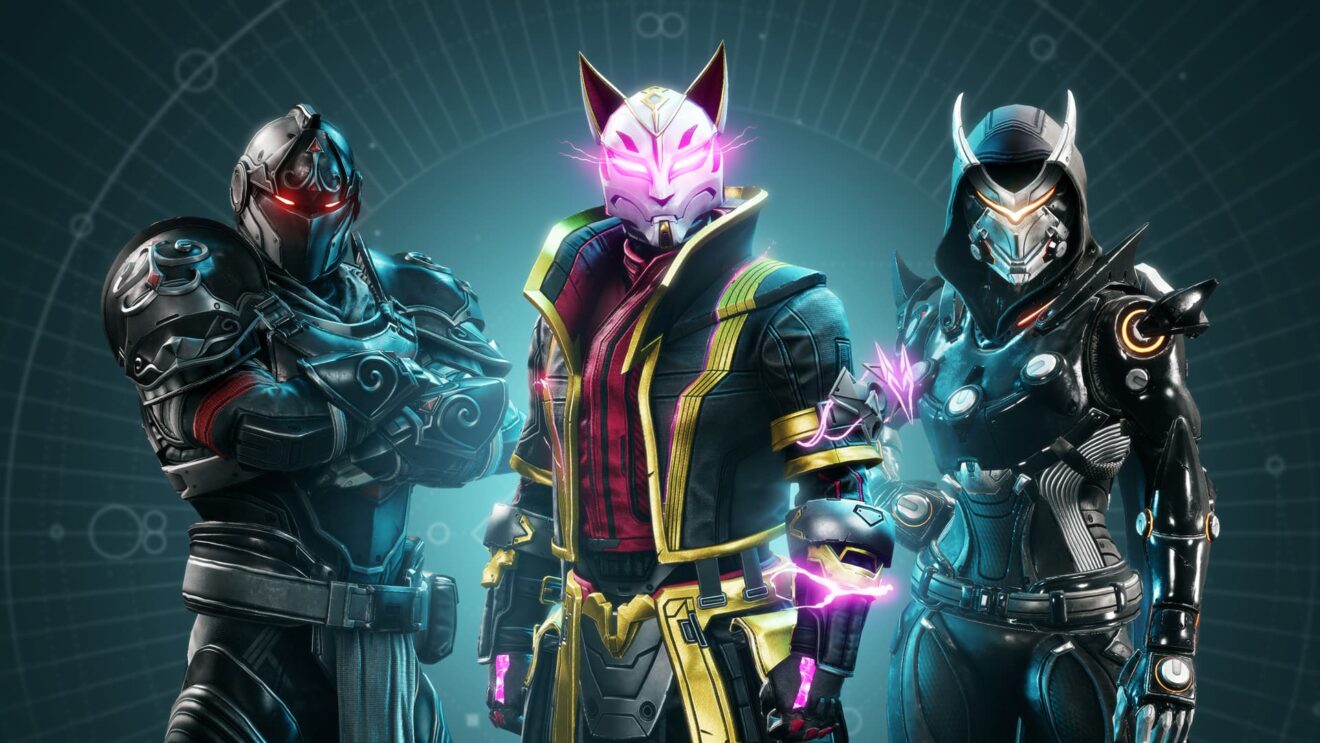 Destiny 2 has launched on the Epic Games Store, kicking off a crossover spree with Fortnite and Fall Guys.

Starting today, players can download Destiny 2 from the Epic Games Store and unlock the 30th Anniversary Pack for free until August 30th at 10 a.m. PT, which includes a dungeon, several weapons, and the Dares of Eternity activity. More importantly, however, is that you can now buy Fortnite-themed skins in Destiny 2 and vice versa.

In Fortnite, you can purchase Zavala, Ikora Rey, and Exo Stranger outfits, as well as Destiny-themed bling and gliders. Those will be available starting at 5 p.m. PT. In Destiny 2, players can find Fortnite-themed skins in the Eververse story. Titans get a Black Knight-themed ornament, Warlocks get a Drift-themed ornament, and Hunters get an Oblivion-themed ornament.

In a few weeks, Fall Guys will also get in on the action. New Titan, Hunter, and Warlock costumes will become available, as will a “Spicy Ramen” celebration and a Ghost cosmetic.

If for some reason you were waiting for Destiny 2 to come to the Epic Games Store before playing it, now is a great time to jump in. Season of Plunder just kicked off on August 23rd, and all previous Destiny 2 expansions are currently free to play for a week.