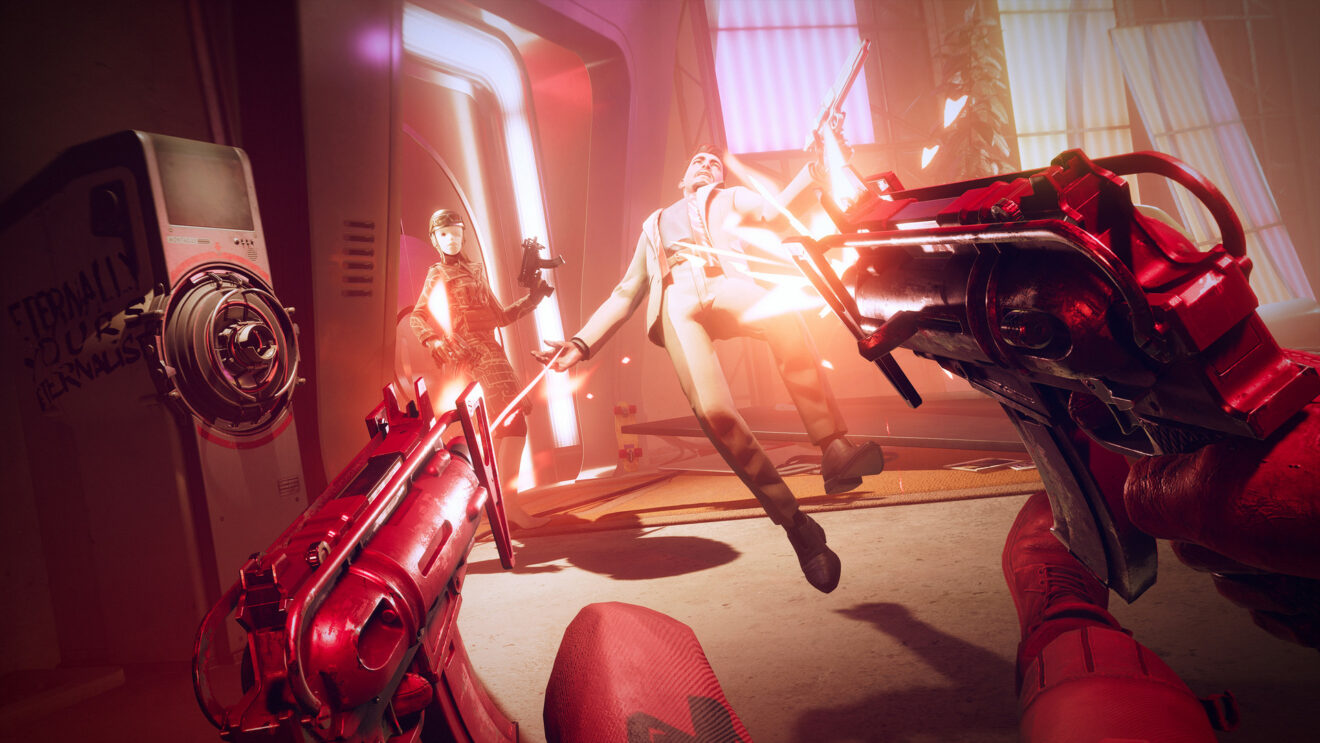 Bethesda has shared a new trailer for Arkane Studios’ FPS Deathloop to celebrate the game’s release on PlayStation 5 and PC.

The game follows the story of two rival assassins caught in a timeloop on the island of Blackreef. As Colt, players are doomed to repeat the same day over and over unless they can end the cycle by assassinating eight targets before the day resets. Players will have to learn from each loop, gather intel on their targets, find new weapons and abilities, and deal with rival assassin Julianna.

Deathloop also features a multiplayer component that allows another player to take control of Julianna. Jump into another player’s game and stop them from assassinating the eight targets and escaping the loop. This option can be disabled so that Julianna is controlled by the AI at all times.

Deathloop is available now on PlayStation 5 and PC. Read our review of the game here.