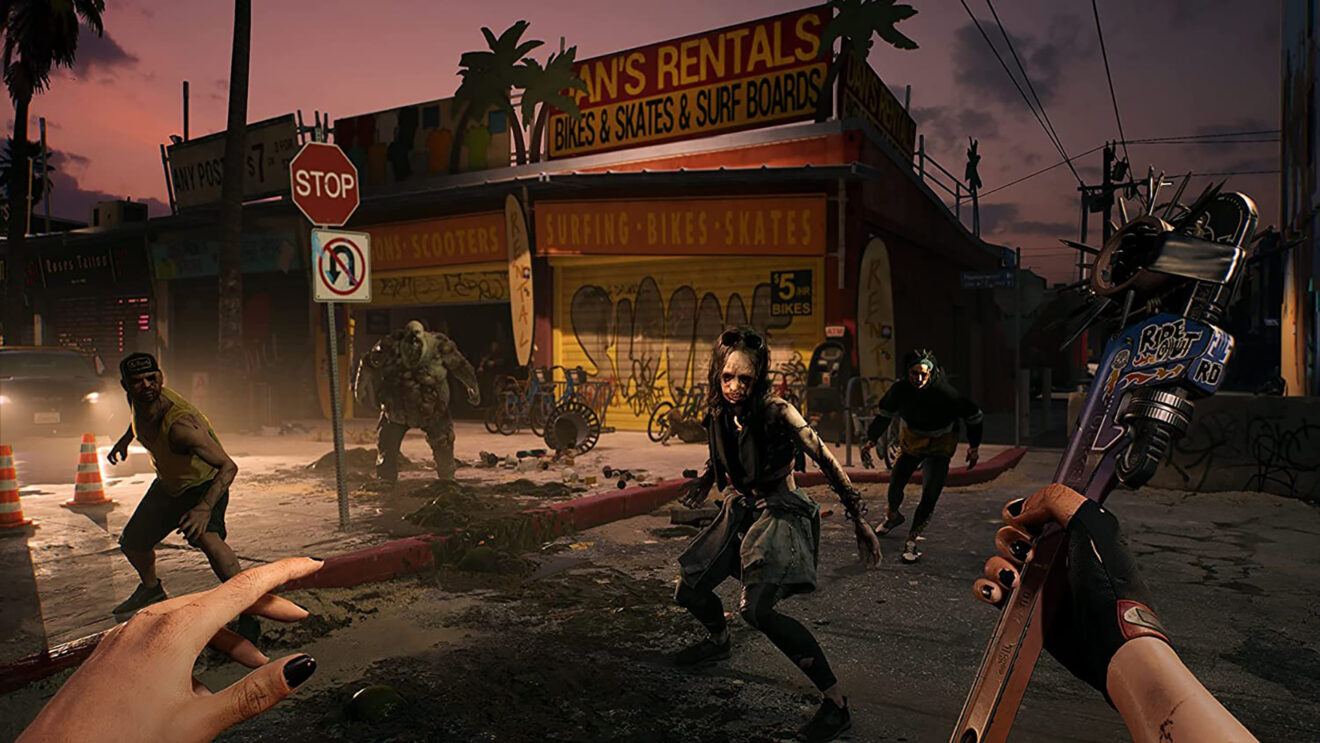 Dead Island 2 leak all but confirms the game’s resurrection

A premature Amazon listing appears to confirm new details about Dead Island 2, the first-person zombie game that’s been stuck in development hell for nearly a decade.

The listing still exists, complete with the updated box art and a handful of screenshots, but Amazon appears to have stripped out many details that had previously been on the page. As captured by Twitter scoophunter Wario64, the product page once listed a release date of February 3, 2023. That’s surprisingly soon. Polygon also managed to nab the since-removed product description:

A deadly virus is spreading across Los Angeles, turning its inhabitants into ravenous zombies. The city is in quarantine and the military have retreated. Bitten, infected, but more than just immune, you learn to harness the zombie inside. Only you, and the handful of other swaggering fellows who have to be resistant to the pathogen, holds the future of LA (and humanity) in the balance. As you uncover the truth behind the outbreak you’ll discover who — or what — you are. Survive, evolve, save the world — just another day in LA!

One thing that’s notable about that description is that it implies the game will be set exclusively in Los Angeles. The previous iteration of the game featured multiple different maps from throughout California, including Yosemite National Park and San Francisco. Perhaps the focus on a single city also means a shift to a single open-world map—but that’s pure speculation at this stage.

Recent reporting suggested the game might make a comeback in December as part of The Game Awards, but the timing of this leak points to a more immediate reveal. Gamescom’s Opening Night Live broadcast is next week. It’s entirely possible Deep Silver re-reveals the game then.

The Amazon listing confirms a PlayStation 4 release, so it’s likely Dead Island 2 will release across both current- and last-gen consoles, but we obviously don’t have confirmation of that just yet.