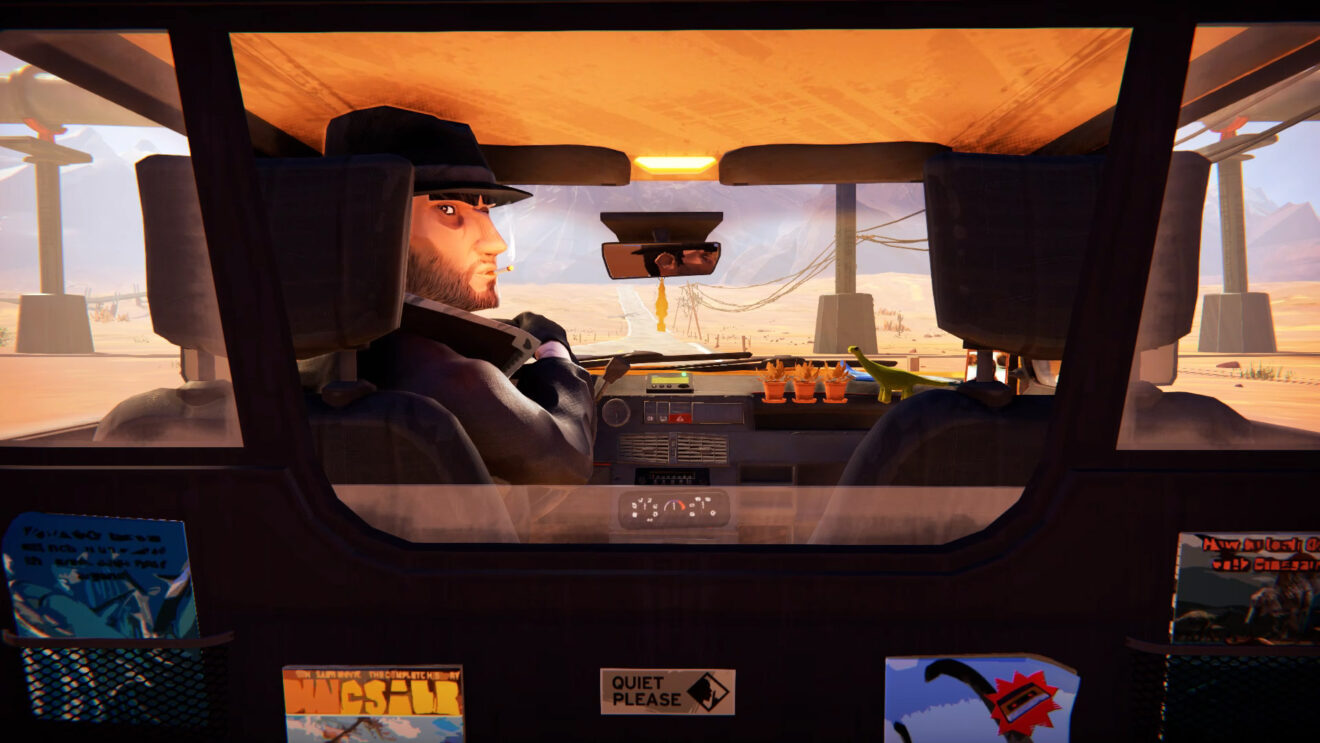 Day of the Devs shows off the next big indie games

Day of the Devs teamed up with Summer Game Fest to showcase nearly 20 indie games that are hoping to become the next big thing.

Here’s everything that was shown off in iam8bit and Double Fine’s virtual show:

A unique rhythm game, A Musical Story is set in the 1970s and every song in the game unlocks a memory of its protagonist, a musician named Gabriel. The story will follow Gabriel and his bandmates as they make their way to a festival named Pinewood and deal with issues like addiction. It’s launching in October for PlayStation 4, Nintendo Switch, Xbox One, and iOS devices. A free demo is available.

Axiom Verge 2 is a sequel that promises to build on the formula of its predecessor. Instead of projectiles, however, Axiom Verge 2’s protagonist, Indra, favors melee combat and the ability to hack enemies to change their behavior. Creator Thomas Happ said that Axiom Verge 2 will retain the challenge of the original, but that players will actually be able to skip boss fights if they want so that they can continue exploring the world. There’s no launch date yet, but Happ announced that it’s coming to PS4 and PS5 in addition to Switch and PC.

Behind the Frame is a beautiful, Ghibli-inspired puzzle game about pursuing the dream of becoming an artist. One of the coolest things about Behind the Frame is how developer Silver Lining Studio uses 2D panorama images to create its environments so that the game retains its lushly illustrated look. It’s launching this year for PC.

Titan Souls developer Acid Nerve showed up on Day of the Devs to give an in-depth look at its next action-RPG, Death’s Door. You play as a crow whose job it is to reap the souls of the dead in a world where nothing dies naturally. It features intense, fast-paced brawls and a “somber yet darkly comedic tale,” according to the developer. It’s launching for PC and Xbox One this summer.

Coming from asobu, a Japanese collective of indie developers, Demolition Robots K.K. is a multiplayer game where players compete in destroying the most of a city while controlling a gigantic robot.

Despelote is a visually striking game set in Ecuador in 2002, during the national team’s first qualifying run for the World Cup. Basically, it’s about a group of kids playing soccer in the park and the strangers they interact with, all played by regular people improvising their lines.

Another asobu game, Elec Head is a clever 2D platformer where everything the titular character’s head touches is electrified. You’ll use this to solve puzzles and make your way through the levels.

Garden Story is a Legend of Zelda–style action-adventure game that’s also part village management sim. As a guardian named Concord, it’s your job to take on requests and challenges from the residents of your world’s seasonal villages and fight back an omnipresent enemy called the Rot that’s been popping up in force. It’s out this summer for PC and Switch.

Made by Variable State, the developer behind Virginia, Last Stop follows three separate stories of the supernatural in present-day London. Unlike Virginia, the characters will actually talk, though it’s unclear how much more gameplay there will be. Regardless, Last Stop will be another interesting release from Variable State when it launches in July 2021 for Xbox Series X/S, PlayStation 5, Xbox One, PlayStation 4, Nintendo Switch, and PC.

Loot River was one of the most interesting games shown off during Day of the Devs. It might look like just another action-roguelike on the surface, but straka.studio has introduced an island-shifting mechanic that completely changes the way you approach each run. Players can manipulate different platforms they’re standing on, both in combat and when solving puzzles, to tackle the dungeons that you’ll explore. It’s in development for PC and Xbox.

Moonglow Bay is a voxel-art fishing RPG set in a fishing town where everyone is too afraid to fish. It probably has something to do with the sea creatures that live in the bay where you’ll do your fishing. Despite the threats of the deep, Moonglow Bay is meant to be a “relaxing, slice-of-life fishing” adventure. It’s set to launch this year on Xbox Series X/S, Xbox One, and PC via Game Pass, as well as Steam on PC.

Team WIBY showed off a little more of Phantom Abyss, which is an asynchronous multiplayer game where players must survive procedurally generated, booby-trapped temples and attempt to steal its relics. The catch is that once you die, you can never visit that temple again, but while you’re in the temple, you can see the phantoms of players who have visited it before. You can also share the temple code with your friends and challenge them to find its treasures. It’s entering Early Access on PC this month.

Road 96 is a “3D procedural narrative adventure” in which you play as a runaway teen trying to hitchhike their way out of the country of Petria. Along the way, you’ll meet a colorful (and sometimes dangerous) cast of characters, and the thousands of decisions you make along the way will determine how the game’s story plays out. It’s launching this year for PC and Switch.

Made by a collective of indie developers, Soup Pot is a cooking game that focuses on creativity. You won’t have to race against the clock (except for maybe an egg timer) or earn high scores on dishes. Instead, Soup Pot just wants to help players fall in love with cooking by letting them experiment with dishes based on input from dozens of real chefs. It’s launching this August for Xbox Series X/S and PC via Steam.

This survival-management sim has one of the most unique settings in any game of its genre: a village built on the back of a gigantic, roaming beast named Onbu. It’s your job to keep your village and Onbu safe as it carries you through a dangerous world where spores cause a killer mold to spread and threaten life as you know it. After running a successful Kickstarter campaign, Stray Fawn Studios is planning to launch The Wandering Village in early access in Q4 2021 on PC.

TOEM is an adorable, black-and-white adventure game where you must use your camera to solve puzzles in an idyllic, Scandanavian setting. Your lifelong dream is to see the titular magical phenomenon, but in order to do so, you’ll have to help the quirky characters you run into along the way. It’s coming to PC this summer.

UNBEATABLE (it’s important that it’s in all caps) is an anime-inspired rhythm game set in a world where music is illegal. Of course, that makes you and your friends criminals because you’re in a rocking band that refuses to quit. One of UNBEATABLE’s notable tricks is that the songs you play for the crowd during rhythm gameplay sections are actually determined by the choices you make throughout the story. It’s currently in development for PC, Mac, and Linux.

Vokabulantis is a visually stunning collaboration between Felix the Reaper developer Kong Orange and stop-motion animation studio Wired Fly Animation. This co-op platform-puzzler is painstakingly animated in different lighting settings to ensure that the gameplay and art feels and looks seamless. We might be waiting a long time for it to launch, however, as it’s currently scheduled to launch in Q3 2024 for all major platforms.

Another asobu game, Walk is a creepy horror title inspired by the original PlayStation–era games in which a schoolgirl is followed home.