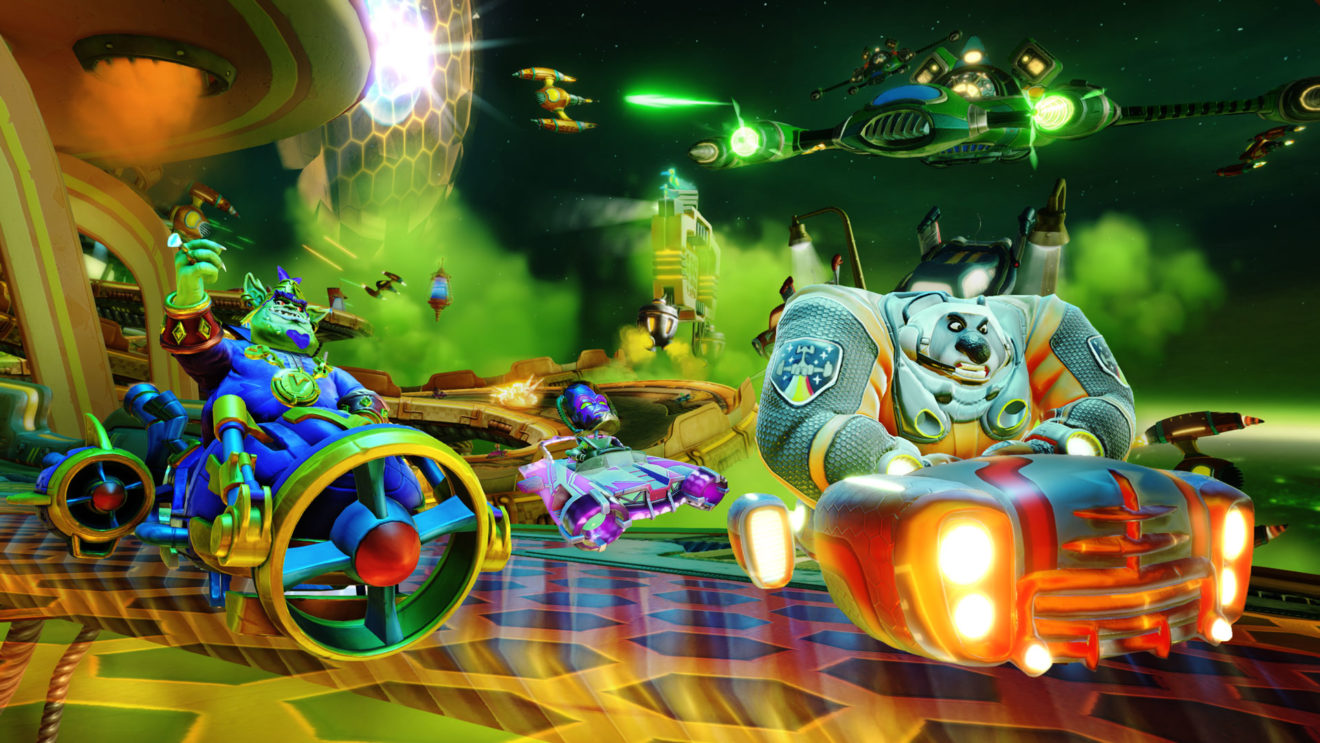 This time around, players will be racing on a new track called Drive-Thru Danger. This new addition is set above Nitros Oxide’s home planet of Gasmoxia and is described by Beenox as “one of the most technical tracks in CTR history with twists, turns, and shortcuts that only the bold dare attempt.”

Players will also be able to unlock Emperor Velo as a new playable character by filling the Nitro Gauge and pick up new karts, character skins, and more from the Pit Stop.

In addition to the above, a new set of Time Trials are being introduced that will see players racing to beat Emperor Velo’s time on each track. Beating Nitros Oxide and Velo’s time on every single track will unlock two new decals for the Champion Kart. Velo’s Time Trials are separate from the Beenox times that were announced earlier this week.