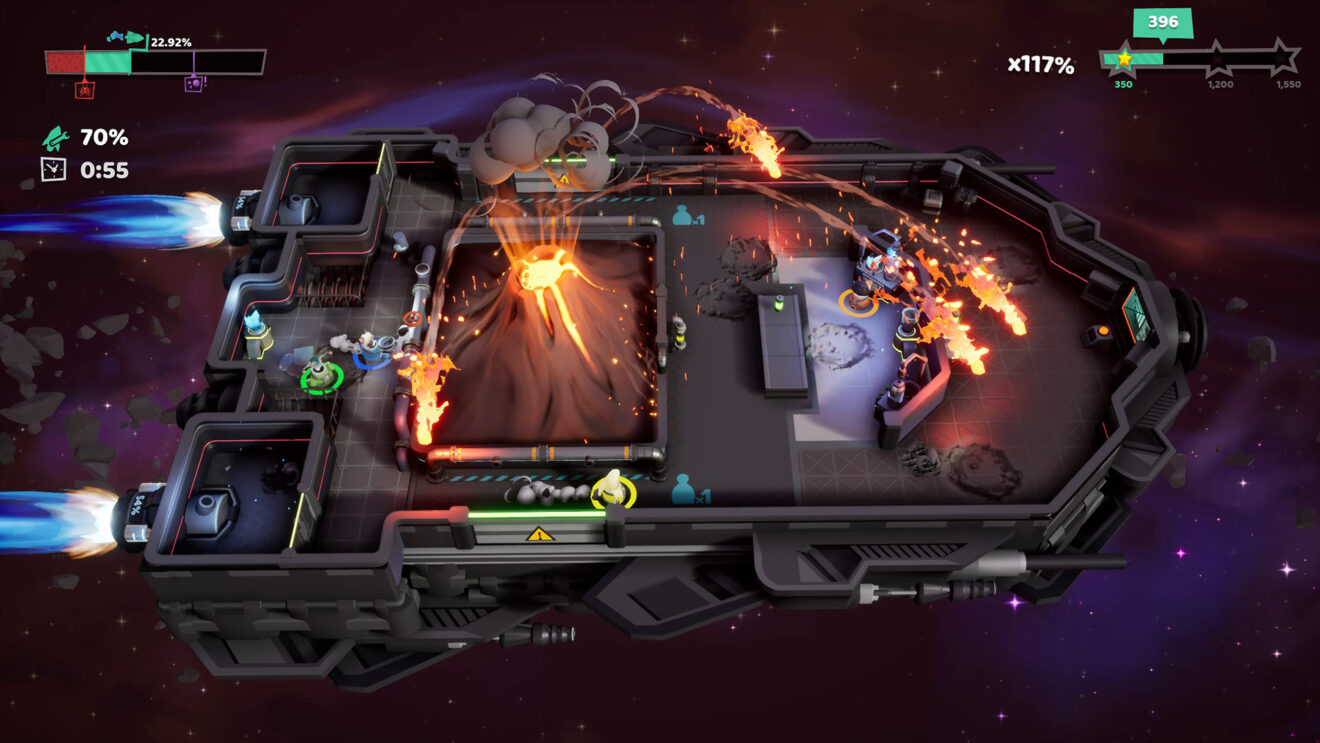 Fireline Games has revealed Fueled Up, a new co-op spaceship recovery game for PlayStation 4, Xbox One, and PC.

The game tasks players with working together to fuel, fix and rescue damaged spaceships “before the evil space octopus gets its tentacles on them!” To make things more interesting, players will also have other things to deal with such as wormholes, asteroid showers, and space squids.

Each of the game’s levels also features extra challenges for players to complete beyond just bringing the spaceship home in one piece. Watch the announcement trailer below:

Fueled Up is scheduled to release later this year for PlayStation 4, Xbox One, and PC.