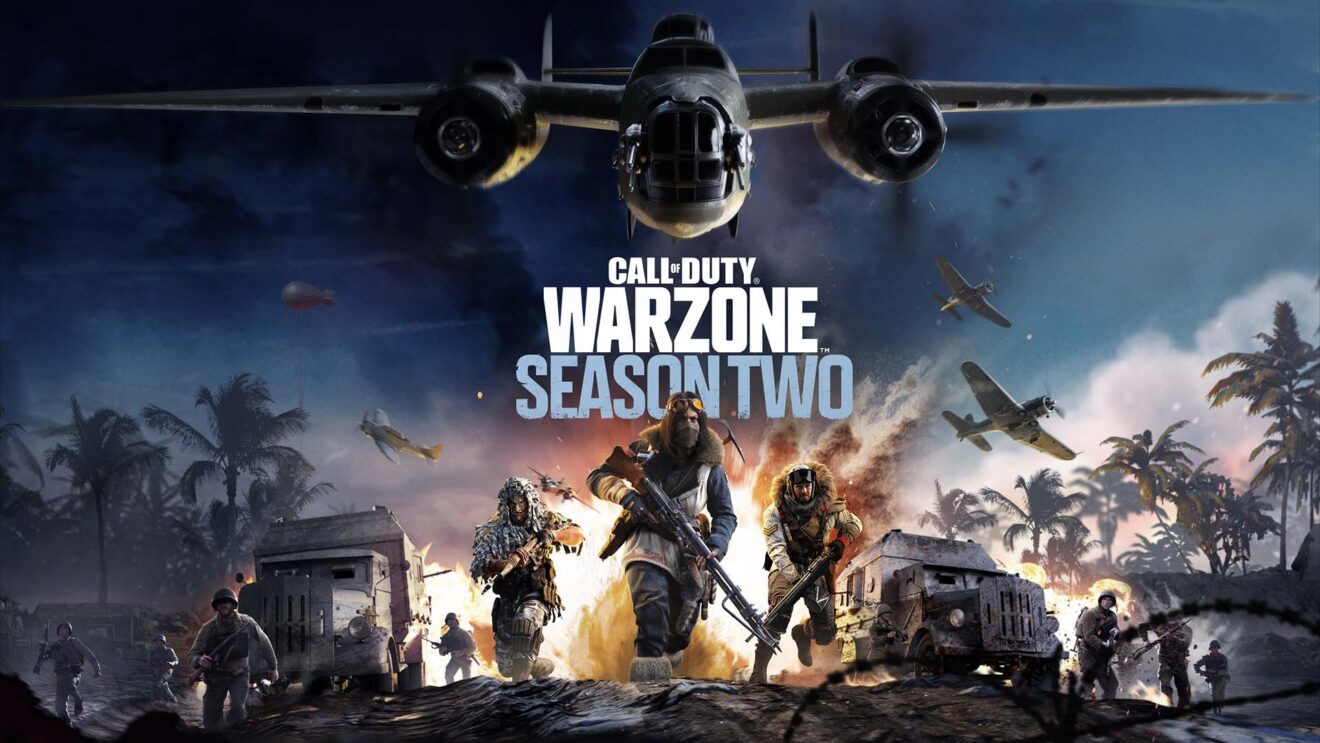 Activision has unveiled everything coming with Call of Duty: Vanguard and Warzone Season Two, and the additions are literal game changers.

Nebula V technology is the biggest addition to Warzone. The poison gas technology has found its way into Nebula V ammo and bombs. Downing a player with Nebula V ammo will cover them in a cloud of poison gas, making it extremely hard for their teammates to revive them. Nebula V bombs, on the other hand, will detonate after a fixed countdown and cover a wide area in gas for two minutes. Fortunately, the bombs are an extremely rare pick-up, so chances are you won’t have to deal with them too often.

The Nebula V items fit into the new narrative (and new cosmetics) for Season Two, where Captain Butcher and Task Force Yeti get intel on Nebula V and want to recover it for Allied research. You can check out the Season Two cinematic to see Task Force Yeti in action.

To counter some of Nebula V’s impact, Portable Decontamination Stations are a new field equipment you can find on Caldera. These stations will filter out gas in a small area, though they will show up on the map and can be destroyed by bullets or explosives.

Of course, there are even more things that can kill you on Caldera, including a new player-controlled bomber plane. But the biggest change might be the introduction of AI-controlled Armored Transport Trucks. These things will drive around on a set looping path and attack anyone that comes near them, as well as call in aerial support when it’s low on health. Destroying these trucks will drop valuable items, such as the Nebula V bomb “in the rarest cases.”

Other additions include new points of interest in the Chemical Factory and Underground Chemical Weapon Research Labs, redeploy balloons that are very reminiscent of Apex Legends, and new modes (or new to Caldera) in Caldera Clash and Rebirth Iron Trials Duos.

A new Multiplayer Ranked Mode will launch in beta at the beginning of Season Two, introducing Call of Duty League-approved rules, skill ratings, and new competitive awards. Expect more details on that soon.

Season Two also adds some new equipment and perks. The new ball turret gunner 12 killstreak gives players an aerial view of the battlefield and looks incredibly powerful. A new sticky bomb lethal weapon should help you get to that streak. Two new perks, Armory in the Perk 1 and Mechanic in the Perk 3 slot, might actually change up the meta a little—especially Armory, which is a direct counter to Engineer.

Finally, there’s Zombies, which introduces new Dark Aether entitites. Vercanna the Last will help players fight against Kortifex, and her Healing Aura does exactly what it sounds like. Meanwhile, Zaballa the Deceiver will show up after multiple rounds in “Der Anfang” or “Terra Maledicta” to enforce Kortifex’s will. Her three masks hide her true face and give her her powers, but they could also be her weakpoint. Zombies will also get new weapons and melee tools, including a very interesting shield.