I have only two specific memories of September 11th, 2001. In the first, my mother sits on the couch crying, watching smoke billow out of the World Trade Center as Peter Jennings explains how little we know about what’s happened. I’m getting ready for school, and I don’t have the perspective to understand the magnitude of the scene on TV. All I see is my mother, broken. In the second, from later in the day, my seventh-grade English teacher, Mr. Sadler, asks the class if we understand why Al-Qaeda has attacked America. Because they hate our freedom? one of the kids offers. No, Sadler says, it’s more complicated than that. If he offered any explanation, of his own, I’ve long since forgotten. It strikes me as both odd and appropriate that what I’ve retained from the defining geopolitical event of my lifetime are these brief moments of grief, of uncertainty, of an unknown (if not unknowable) complexity.

Like many young men of my generation, I first processed the concept of warfare through video games. Though I’d never had much of an interest in the military as a child, as America embroiled itself in the Mideast conflicts that would stretch on into my adulthood, I poured hours into Medal of Honor, Counter-Strike, and, eventually, Call of Duty. I learned about guns—the instantly recognizable ping of an M1 Garand at the end of its clip, the seemingly infinite extensibility of the M14, the ludicrous steel machismo of the Desert Eagle. Sometimes I killed terrorists, sometimes I embodied them. By the time I first heard the phrase “forever war” used to refer to our occupation of Afghanistan and Iraq, I’d already normalized the idea of faceless, foreign enemies and equally disposable Western soldiers trading lives on an infinite loop. To me, the virtual wars and the real ones weren’t that far apart. They both went away when I turned the television off.

Call of Duty 4: Modern Warfare, in some small way, changed that. For all the action-movie beats of its campaign and all the hours of mindless violence I spent in multiplayer, there were a handful of moments that shifted my thinking on war, as naive or dramatic as that might sound. The two scenes where your point-of-view character dies, abruptly and helplessly, and the AC-130 mission—when you rain down hell onto fields of human beings reduced to infrared ants as the flight crew comments with callous detachment—hinted that maybe all the meaningless death wasn’t an oversight. Maybe it was the point. Between the bravado, Call of Duty 4 implied that soldiers aren’t heroes in the sense of comic books or myth, but in their willingness to suffer and be destroyed by mankind’s vilest institution.

There are glimmers of that same spirit in Call of Duty: Modern Warfare, this year’s confusingly named reboot of the series—but not enough. The campaign, though sufficiently adrenaline-pumping and excellently paced from a pure gameplay standpoint, buckles under the weight of expectation, trying so hard to say something about the nature of modern war that it ends up saying a lot of confusing, contradictory, and sometimes troubling things, none of which comes close to the profound irony of those three scenes from the original.

As in most Call of Duty campaigns, you’ll split your time in Modern Warfare between multiple characters fighting different fronts of the same conflict. You fight as Sergeant Garrick, a member of the SAS alongside returning mustache man and series icon (I guess) Captain Price, as Alex, a U.S. Special Forces grunt embedded with freedom fighters in the fictional Middle Eastern country of Urzikstan, and, in two flashbacks, as Farah, the leader of said militia. Along the way, you’ll learn that torture is bad when the bad guys do it and acceptable when the good guys do it, that sometimes you have to let civilians die and accidentally killing a few isn’t the end of the world, that international law is a hindrance. It’s a mess.

One could argue the muddle is intentional and we’re not supposed to agree with any of these characters—were it not for the breathless way the game treats its own lineage. At a few points throughout the story and, more directly, in two cutscenes at the very end, Modern Warfare clearly regards the series’ characters as heroes, not in the complicated manner I found in Call of Duty 4, but with shallow, disappointing reverence. The stingers, obviously designed to set up a sequel, are particularly tone-deaf: Captain Price is assembling the Gruff Military Avengers, and all your old favorites are on the way! Aren’t you so stoked?

Despite all this, there are some truly remarkable setpieces throughout the campaign, most of which are more creative and grounded than the series has seen in years. In one mission—which is set at the American embassy in Urzikstan and which might have been more honestly titled “What Republicans Think Benghazi Was”—you launch off flares over a dark field as terrorists encroach on your position, using the fleeting light to pick out targets. It’s tense, thrilling, and unlike anything I’ve played in another shooter. Other sections mix in stealth (sometimes aided by an exceptional implementation of night vision goggles), more open-ended map and objective design, and one-off mechanics that constantly keep you on your toes. If you can drown out what it’s saying, this is the best Call of Duty campaign in years.

Multiplayer, as always, consists of variations on a familiar theme. Though I’ve blocked out any and all discussion surrounding the game, the comments I’ve heard in game chat lead me to believe my two biggest conclusions about the game are more or less accurate. First, shotguns are far more powerful than usual, a change I find welcome as someone who adores a good video game boomstick. Second, camping is a much more viable strategy this time around, which I find a constant annoyance. Some of the maps are among my favorite in the series—I adore Hackney Yard—but there are quite a few stinkers in the mix as well. (Aniyah Palace was, and you can quote me on this, a mistake.) Of the new modes, I quite enjoy the intensity of NVG, which pares back the HUD and goes all-in on night vision with darker nighttime maps, as well as the push and pull of the one-bomb-two-targets, no-respawns-but-yes-revives Search and Destroy variant Cyber Attack. The new Ground War, with its enormous maps and 64 players, is less my bag, feeling more like a mediocre Battlefield imitation than anything particularly suited to Call of Duty.

Mostly, though, I think I’ll stick to the old favorites, Team Deathmatch and Domination. It’s both a compliment and a criticism that I find Call of Duty multiplayer to be less about active engagement and more about comfort. Hopping online feels more like doing a crossword puzzle or Sudoku, something I can absent-mindedly plug away at with minimal investment while I listen to a TV show or podcast. (Though it’s also still my premier destination for hearing white teenagers say the N-word. One such teammate mixed in a few memorable excuses among the racial slurs: “You’re lucky my hands are wet,” and, later, “You’re lucky I’m high.” I’m still trying to decide if the two were in any way related.) I admire the way years of iteration and experience have smoothed out the design, in spite of its systemic complexity, into the sort of experience you can slip back into effortlessly, like sinking into a well-worn leather chair.

Oddly, though, there are more rough edges than usual this year. I’ve encountered bugs in multiplayer that randomly changed out my equipped perks and killstreaks without my input, and the various challenges the game tasks you with completing to earn bonus XP will often fail to accurately track my progress on objectives. I spent five or so rounds trying to earn “10 explosive kills” with everything from RPGs to C4 to grenades, and didn’t see a single tick upward. These aren’t fatal flaws by any means, but it’s a surprise given how long Activision’s studios have been doing this and how seldom these sorts of issues slip through.

If there’s one aspect of Modern Warfare I cannot recommend, it’s the Spec Ops co-op. The quartet of four-player missions available at launch, are—and I think this is the technical military term—dogshit. Rather than offering multiple difficulty levels and allowing players to ramp up into a real challenge, each mission descends quickly into a sameish trudge through far too many enemies with far too little breathing room. About the only trick Spec Ops has up its sleeve for offering a challenge is throwing a bunch of bullet-sponge Juggernaut enemies at you, each of whom takes hundreds of bullets to down but can knock you out of commission in the span of a few seconds. By the end of each mission, the game decides to just send a parade your way.

Worse still were the glitches I encountered on multiple occasions that left me unable to swap weapons to use any of the “munitions” you can deploy to help your team, making an already tedious experience even more frustrating. The sole time I’ve been able to successfully complete a mission, it was because one of my teammates intentionally died and, upon respawning, parachuted onto a rooftop where no enemies could reach him. Since the game allows dead players to return to fight as long as the survivors can stay alive until a countdown expires–and since we always had our one designated survivor—we essentially had infinite lives. I’m fairly certain this wasn’t what the designers intended.

Spec Ops aside, Call of Duty: Modern Warfare is a rather good video game, but it’s a shallow, often terrible reflection on war. In trying to replicate the magic of Call of Duty 4, Infinity Ward failed to grasp the lessons it should have learned from Modern Warfare 2 and 3, namely that provocation is not a message and that building a rah-rah military shooter with meaningful anti-war subtext requires a deft touch, lest it slip into nihilism or parody. For all the technology and exceptional design this new Modern Warfare musters, the only message it can offer is woefully jejune: If governments might be mistaken in their judgments or actions, if the act of war itself might be inescapably evil, at least we can still rely on badass warriors who will do whatever it takes to hold back the evil forces that would come to hurt us in the night, to destroy us because they hate our freedom. 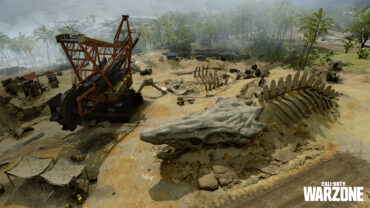