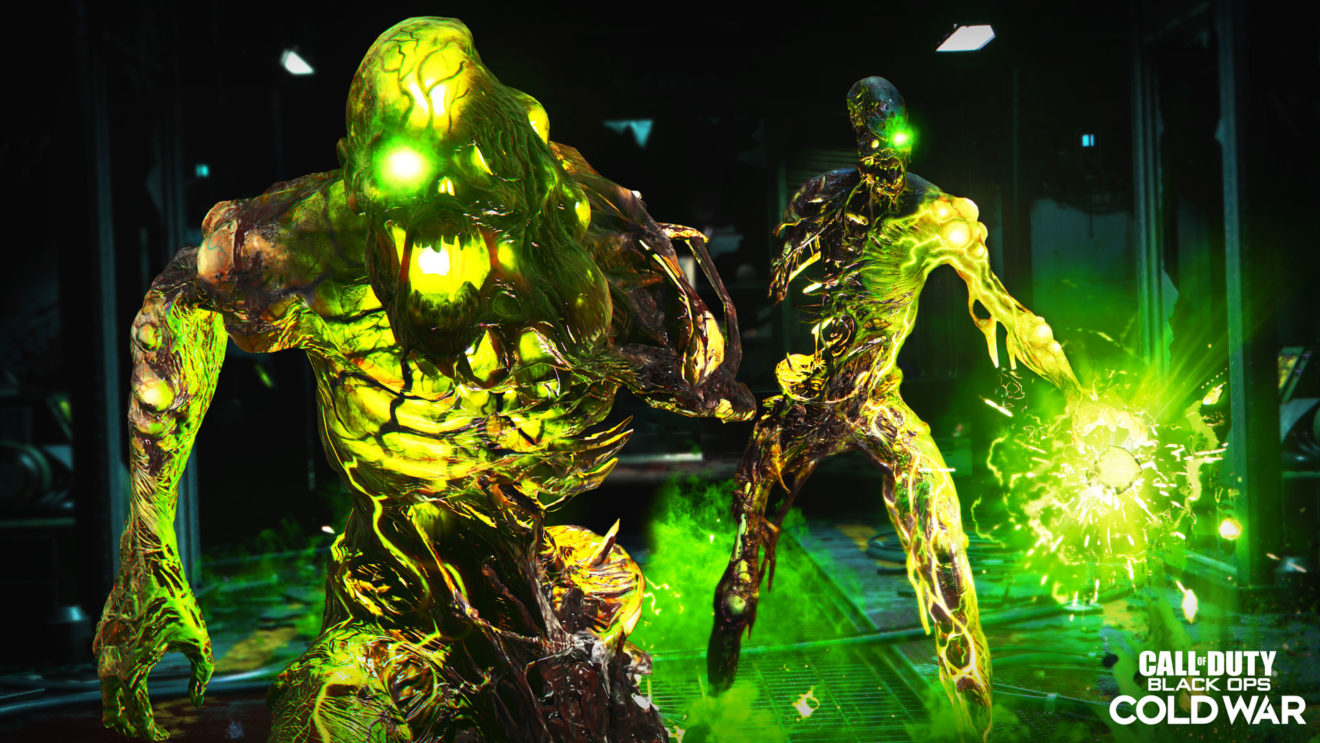 Activision has given us our first look at Call of Duty: Black Ops Cold War Zombies in the form of a reveal trailer and a dev diary.

The trailer is pretty straightforward zombies stuff. Video evidence surfaces of an underground Nazi bunker with “Die Maschine” that turns a bunch of soldiers into zombies. An elite black ops squad goes in to investigate the site. All hell breaks loose. Cue heavily remixed version of “Tainted Love.” You know the drill.

The trailer shows off some of the tools and weapons you’ll have at your disposal when mowing down hordes of zombies, including a minigun auto turret and what can only be described as Cold War‘s version of the BFG.

Activision followed up that trailer with a video dev diary from the folks at Treyarch who are putting together this zombie experience. The dev diary gives further explanation of the story in Cold War Zombies, which follows Black Ops 4‘s collapse of the multiverse.

This time around, Zombies follows CIA-backed international response team Requiem, which is led by the original Black Ops‘ Grigori Weaver. Requiem investigates Die Maschine, making their way through several levels of the bunker while also dealing with the Soviet-led Omega Group, who want to harness the power of Die Maschine.

What’s really interesting about Cold War Zombies is that Treyarch has unified progression throughout the entire game, meaning stuff you unlock in the standard multiplayer or Warzone can be brought into Zombies.

Finally, instead of getting wiped out, players can exfiltrate if the stuff is really hitting the fan, securing rewards as long as they can survive a few more waves of zombies.