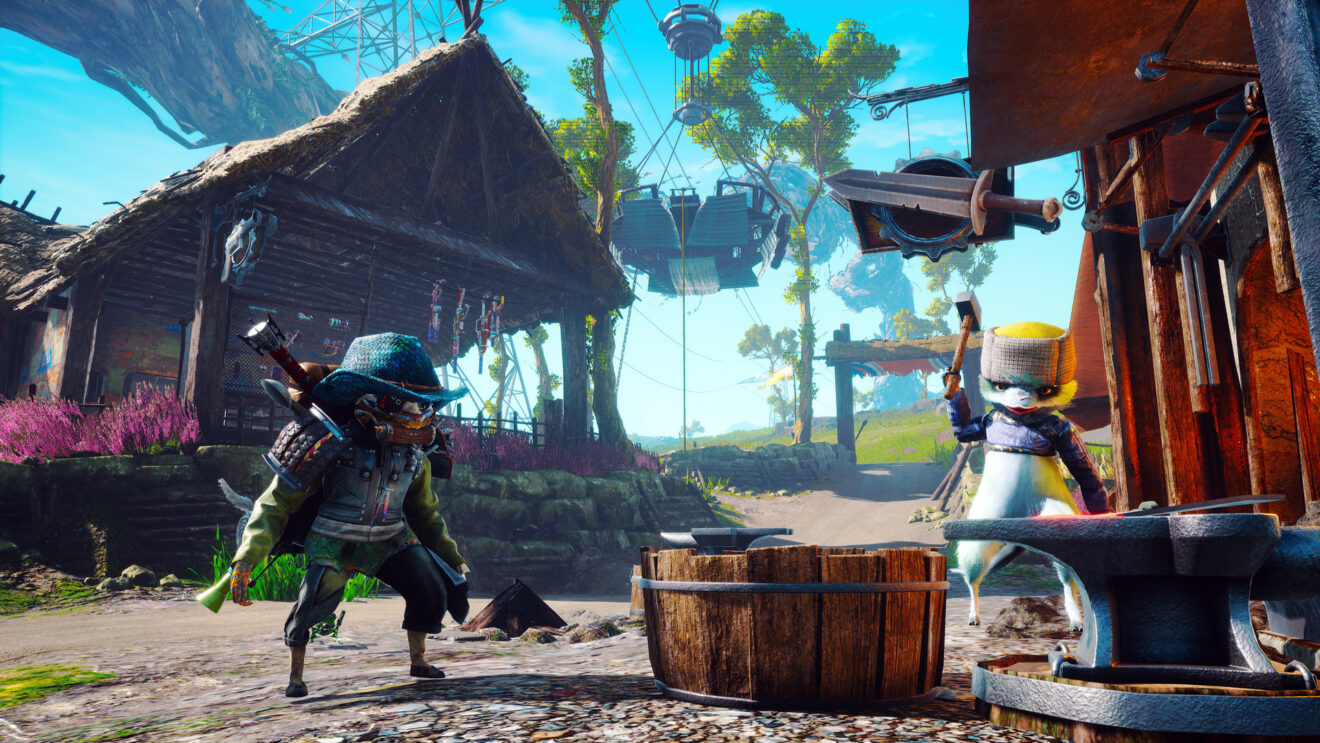 A new update is now available for Biomutant on PlayStation and PC that makes several changes to the game, including an increased level cap. Xbox and Origin players will receive the update in the next week.

To start with, this update bumps up the game’s max level cap from 50 all the way up to 100. Accompanying this increase are new higher tier relic and legendary weaponry parts that will begin dropping once players reach level 50.

In addition to the new higher tier weapon parts, the update adds more superb loot variations, updates how loot is generated to reduce the amount of duplicate items dropping, lets players choose to hide their head item, and increases the damage of later tribe weapons. There’s also a new scrap action available on the loot screen.

“In order to improve the looting experience, we’ve tweaked how the loot generation works to reduce duplicate items and improve variety. We have also added several new items which have higher stats than their lower rarity counterparts,” THQ Nordic explained in the patch notes. “This means that an item found with a certain rarity can also be found later with a higher rarity and substantially improved stats.”

Biomutant is available now on PlayStation 4, Xbox One, and PC.