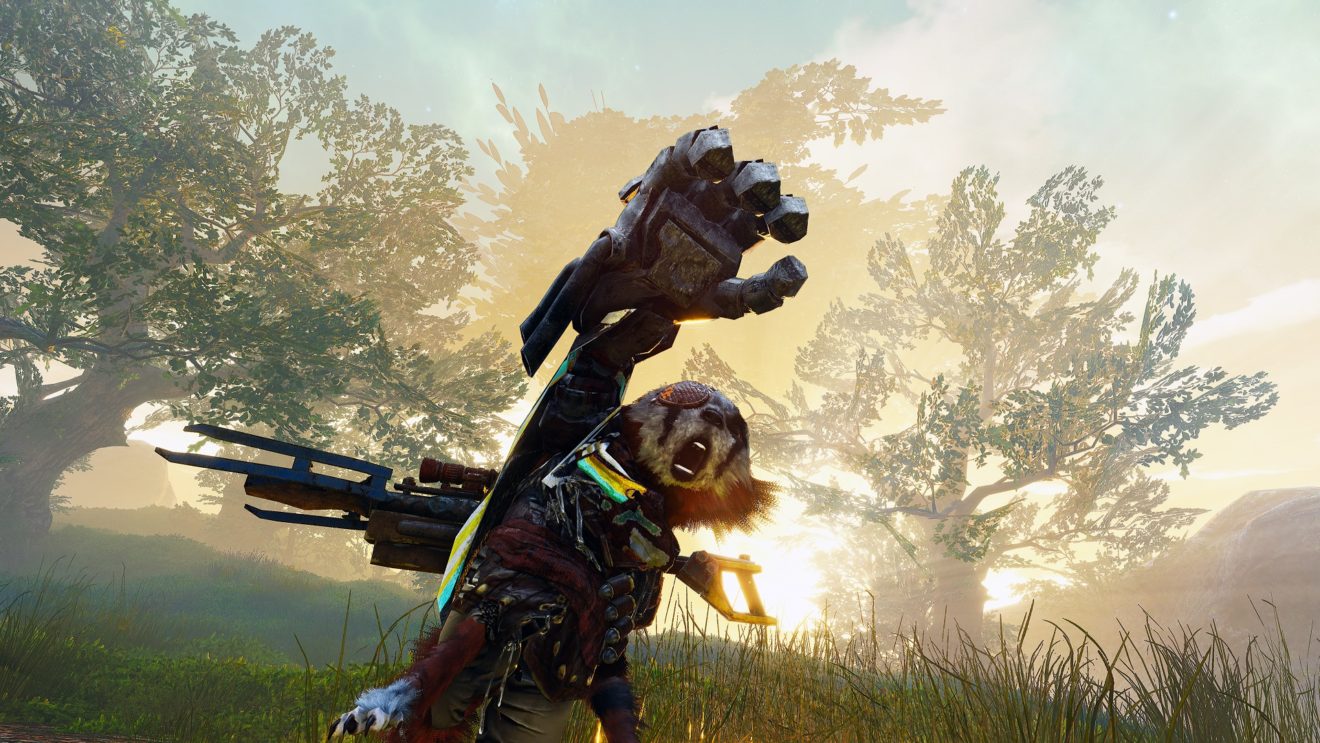 The perpetually delayed Biomutant has released nearly 10 minutes of new gameplay footage, but developer Experiment 101 is still being cagey about the game’s release date.

The video gives us our first look at how an outpost raid works. The Hero can make alliances with different tribe leaders and then raid rival outposts to claim them for their allies. However, unlike something like Far Cry, which allows for a stealthy approach, Biomutant‘s outpost raids are basically large fracases where the Hero can use their martial arts, mutation abilities, and guns to take down large swaths of enemies before triggering a boss fight. What’s really interesting is that it tracks how many outpost each tribe leader has, though it’s unclear if there are specific tribe leaders you can work for or if that choice is up to you.

Another aspect of the game that the video covers in breadth (though not necessarily depth) are the different monsters that the Hero can encounter on their journey. While some of these monsters definitely seem to be the Worldeaters that the Hero must defeat to save the world, others just seem to be random monsters that the player can defeat to gain experience and loot. These monsters range from an enormous mutated rabbit who slightly resembles Stitch to an ogre-like titan to a furry sea turtle that the Hero has to fight from inside a squid-like submarine. The monsters themselves seem incredibly varied, both visually and in terms of the gameplay mechanics you need to employ to defeat them, and give off a Dark Souls Lite vibe.

Traveling across the game’s apparently enormous map looks like a mix between Mad Max and Breath of the Wild. The “vehicles” in the game all look cobbled together from junk, but they all look really fun to pilot. Highlights are the hot air balloon with propellers and an anchor, the jetski that looks like it’s made out of a riding mower, and the giant mechanic hand that zips around like the Thing from The Addams Family (it also shoots projectiles out of its finger tips). Best of all, you can also use a glider to quickly traverse large distances after using the game’s climbing system to reach higher parts of the map.

We also get a deeper look at the weapon system. Like many loot based games out there, Biomutant has a rating system based on rarity. However, different weapons may also have different perks, like elemental powers, and you can upgrade different parts of the weapon or craft new parts. You’ll purchase and upgrade weapons and vehicles with different vendors, some of whom it seems like you’ll have to rescue.

The worst part about the video is that we still don’t know when we’re going to be able to play Biomutant. Experiment 101 says the game is “coming when we are happy with it.” It looks like it’s still scheduled to launch on Xbox One, PlayStation 4, and PC, but there’s nothing in the trailer to indicate that it’s coming out for next-gen consoles.