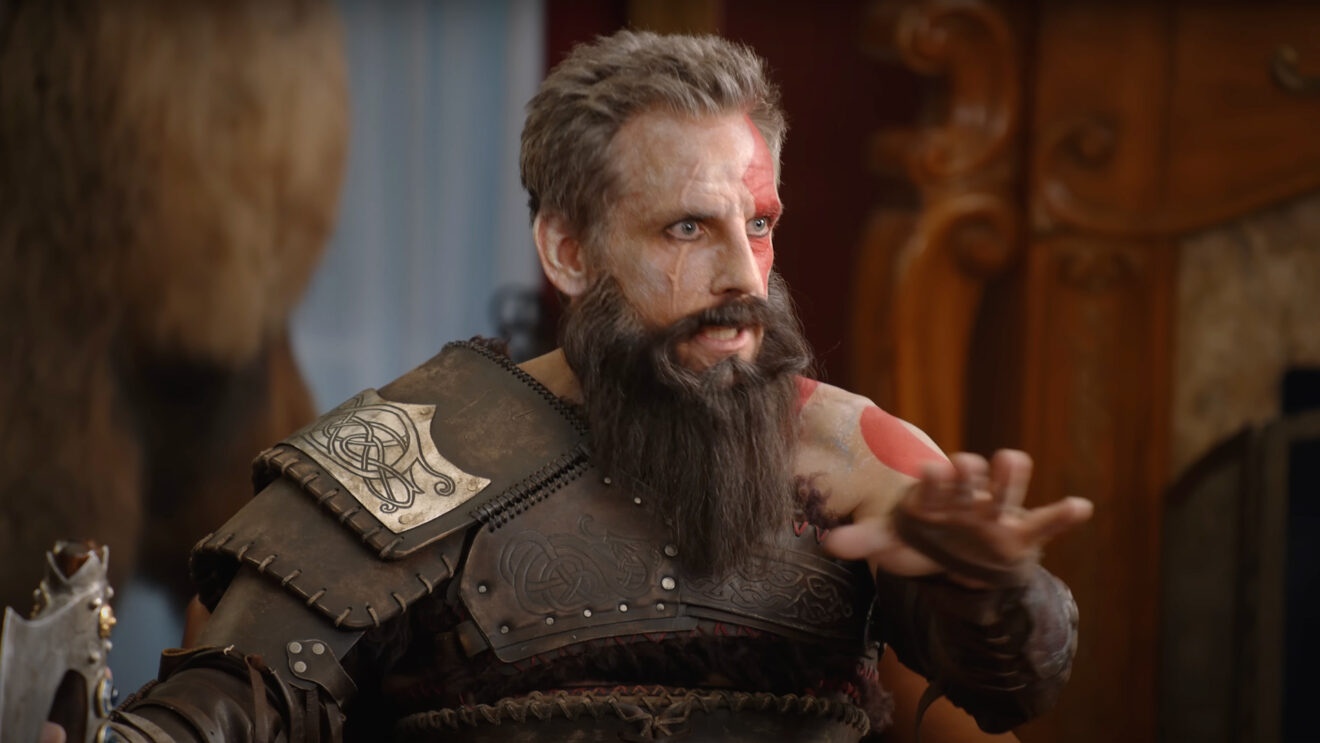 Ben Stiller, John Travolta, and LeBron James team up to sell you God of War Ragnarök

Sony’s latest God of War Ragnarök ad is… Well, you should probably just see it for yourself.

Yep, that’s Ben Stiller, John Travolta, and LeBron James, along with their real-life children, participating in some kind of God of War–themed therapy session, led by Stiller in a Kratos costume, complete with full face paint, fake beard, and a prop Leviathan Axe.

The idea here, I guess, is to emphasize the a father-son relationship between Kratos and Atreus at the heart of Ragnarök‘s story using celebrities and humor. And, well, they definitely did get some celebrities.

Apart from a few references to the game—which are all centered on things that happened in 2018’s God of War, so no spoilers—there’s not really any major connection to Ragnarök, though we do get a brief montage of recycled footage at the end. Pretty much just for fun, this one.

God of War Ragnarök launches November 9th on PlayStation 5 and PlayStation 4. The game won’t actually feature any of the celebrities from the ad, but if you’re desperate to play as virtual LeBron James, I have good news and bad news.