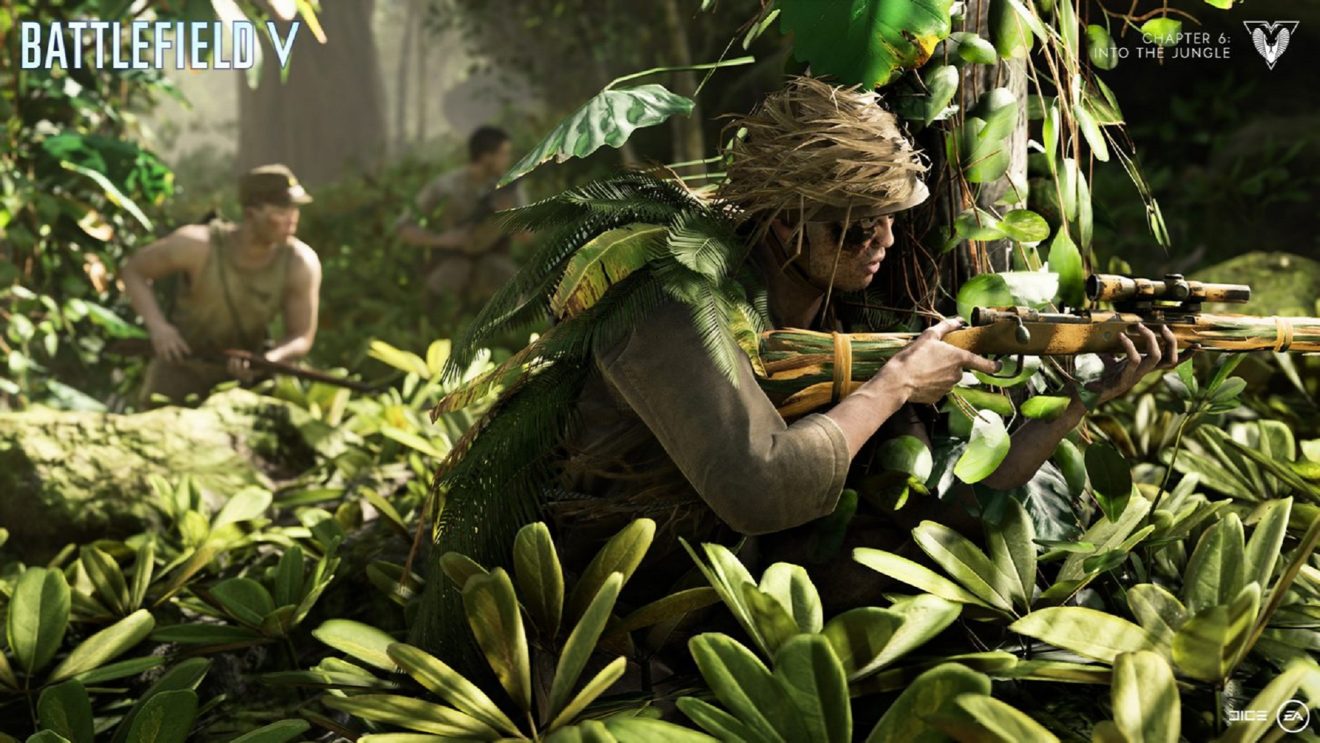 EA and DICE have announced that Battlefield V’s sixth chapter, Into the Jungle, will arrive on February 6th.

This latest chapter will introduce the new close-quarters Solomon Islands map. According to DICE, the map is designed “for intimate jungle infantry combat combined with land and sea vehicle warfare.”

“Whether you’re launching an American attack or defending the Japanese lines, the terrain can be your best friend – or your worst enemy,” the developer added. “Rivers and marshes block the path for infantry and tanks, but savvy soldiers can make the bottlenecks work for them. You’ll charge through narrow paths winding through dense jungle and fight over covered strongholds.”

While playing through the upcoming chapter, players will be able to unlock a number of new weapons including the Type 11 LMG and Model 37 shotgun for the Support class, and M2 Carbine for the Assault class. In addition, the M1A1 Bazooka and Lunge Mine Gadget are available as new gadgets.