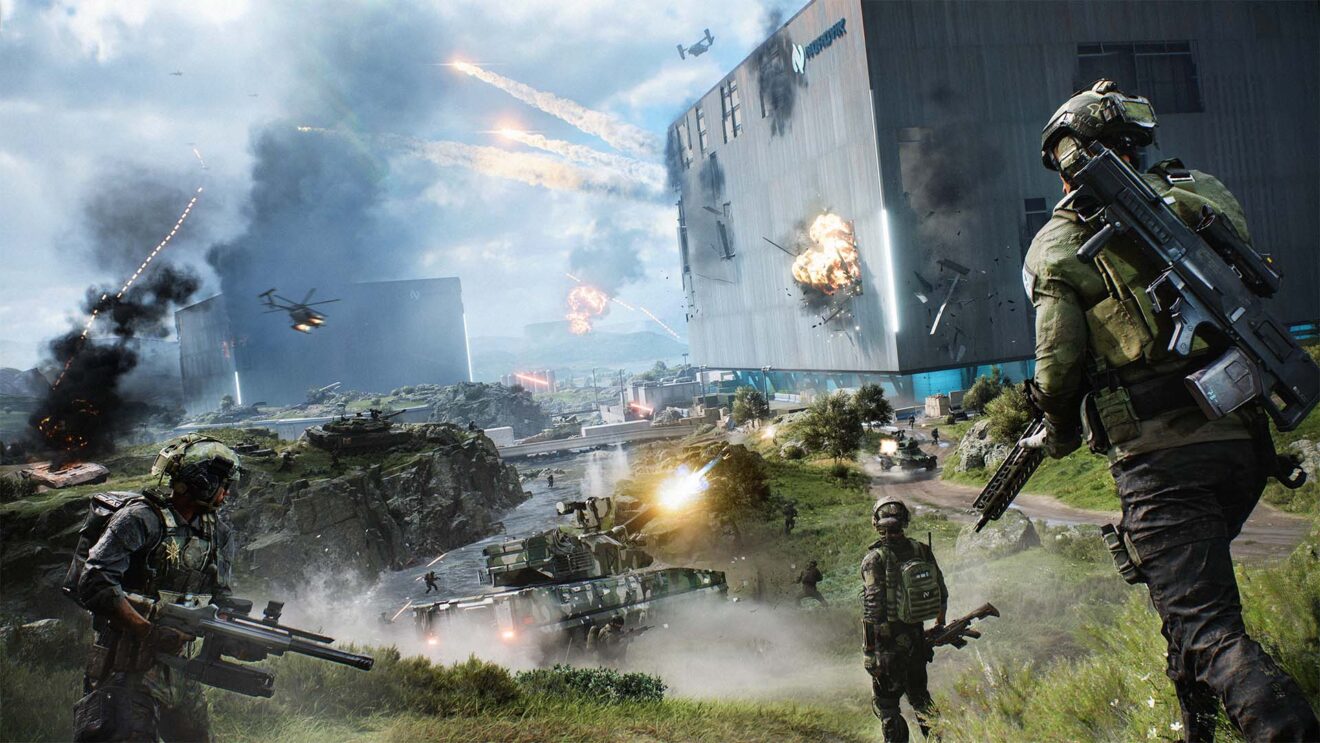 DICE revealed everything coming to Battlefield 2042 with Season 3: Escalation, including the new map, Specialist, vehicle, and weapons, when it launches on November 22nd.

Starting with the map, Season 3 adds Spearhead to the rotation. Spearhead marks the first time DICE—a Swedish studio—has set a map in its home country, but it won’t be a Metro-style meatgrinder like some fans predicted. Instead, Spearhead takes place in the Swedish wilderness surrounding two semi-automatic manufacturing plants. Clocking in at around the size as Season 2’s map, Stranded, infantry players can focus on the interiors while vehicle players will have to deal with the rocky terrain and smaller bases on the exterior.

Besides a new map and new tank, Season 3 will also introduce a new Assault Specialist named Rasheed Zain. Formerly of the Egyptian military, Zain’s gadget is an airburst grenade launcher that is good for hitting enemies hiding behind cover, and his trait makes it so that he heals much more quickly after getting a kill. Zain and the rest of the Specialists will also have access to three new weapons: the Rorsch MK-4 railgun, the NVK-S22 semi-auto shotgun, and the NVK-P125 bullpup pistol. We will also see two new Vault weapons in the A-91 and XM8 MLG, as well as the throwing knife as a new throwable gadget.

As with previous seasons, Escalation will introduce a new battle pass for players to complete. Players can unlock all of the new content for free on the battle pass, but premium battle pass owners will get instant access to the new Specialist. The map will be available right away.

In addition to the new content, Season 3 will also introduce reworks of two of the game’s launch maps, Manifest and Breakaway, as well as the new class system for the Specialists. Unfortunately, players will have to wait until the “end of Season 3” for the new Specialist system, but not as long for the reworked maps, which will come in the middle of the season.

Season 3 will also mark the beginning of several free-to-play periods for the game. In early December, Xbox and PC players can try the game for free; PlayStation players can do so a few weeks later. The game will also come to the EA Play and Game Pass Ultimate libraries when the season launches, so subscribers to those services can play the game as much as they want then.