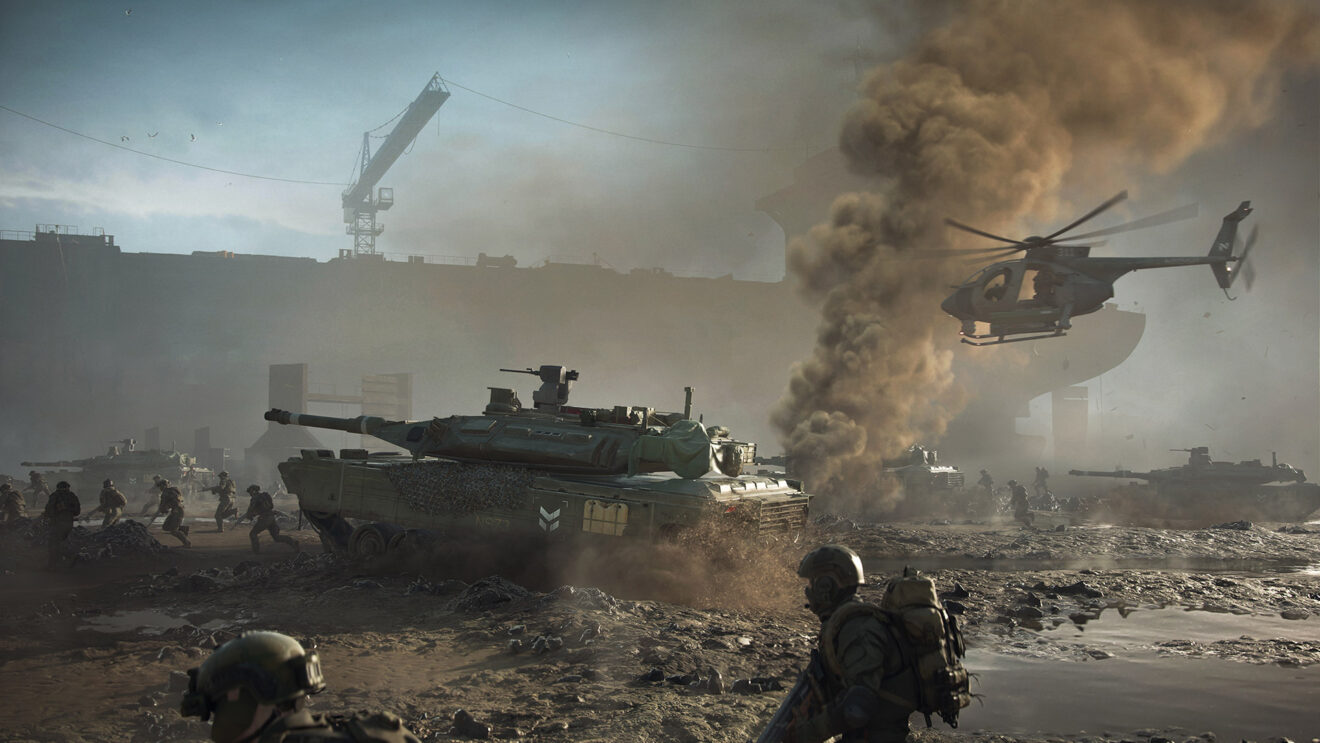 Battlefield 2042 is launching with three different editions, but the Xbox Series X/S and PlayStation 5 versions will cost $10 more than their PC counterparts, and last-gen is only cheaper if you go with the standard edition.

Speaking of which, the standard edition of the game costs $59.99 on PC, Xbox One, and PlayStation 4, and $69.99 on Series X/S and PS5. Pre-ordering will net you early access to the beta, a Baku ACB-90 Epic Melee Takedown Knife, a “Mr. Chompy” Epic Weapon Charm that’s a nod to Battlefield 3, and the “Landfall” player card background and “Old Guard” tag.

The gold edition costs $89.99 on PC, and $99.99 on consoles (including last-gen consoles). Pre-ordering will include everything in the standard edition, plus early access to the game, the Year 1 Pass that includes four new Specialists (one per season), four premium Battle Passes, and three Epic Skin Bundles (“Blistered,” “Tempest,” and “Cold Blooded”). Interestingly, it also includes a “cross-gen bundle,” which potentially means players on Xbox One and PS4 who want to switch over to Series X/S and PS5 later will have to pay to upgrade.

Finally, there’s the ultimate edition, which costs $109.99 on PC and $119.99 on consoles. This includes everything in the gold edition, plus the Midnight Ultimate Bundle, a digital artbook, and a digital soundtrack.

These listings confirm several of our suspicions about Battlefield 2042‘s live service content model. Specialists do seem to be the driving force of the game’s microtransactions. Not only can you pay to dress them up, but it seems that players will also have to buy them with real money, considering they are part of these bundles. Either that, or paying for them will give players instant access while free-tier battle pass players will have to grind it out to unlock them.

As a reminder, the Series X/S, PS5, and PC versions of the game will include 128-player modes and larger maps, while the last-gen versions are capped at 64 players and smaller versions of the game’s maps. However, those seem to be the only differences between the two versions.

You can browse all three editions on Battlefield 2042‘s official website if you feel like pre-ordering. It’s launching on October 22nd.