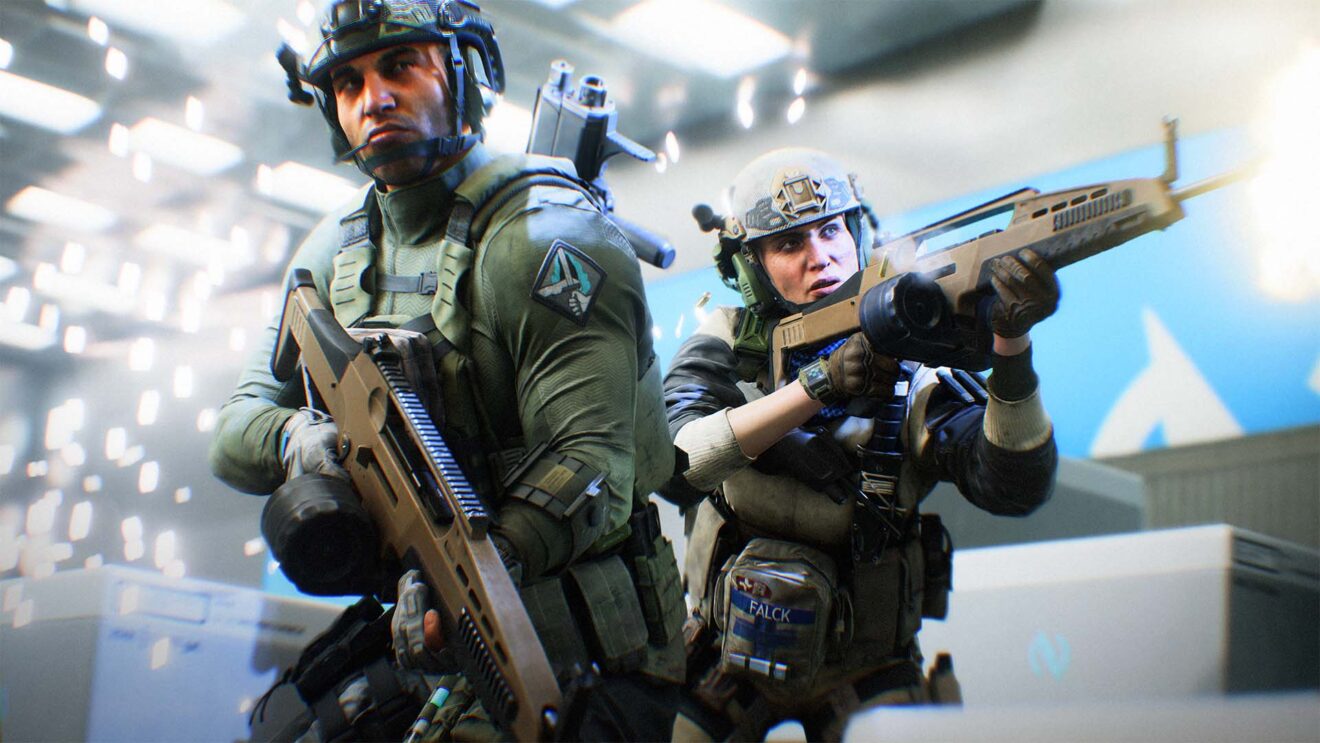 Every time DICE graciously invites me to a preview event for new content coming to Battlefield 2042, there’s always one question in my mind: Will this update finally convince my friends and dedicated Battlefield teammates—collectively known as the “Gold Squad” in our group text—to come back to the game? Between the horrendous launch, the delay of and relative lack of new content, and the frustrations of console and PC cross-play, it hasn’t happened yet. So is Season 3, Escalation, going to do the trick when it launches on November 22nd?

I’m going to sound like a broken record when I say that the content coming with Battlefield 2042’s Season 3, Escalation, is good, but it’s just not enough. At this point in the game’s life cycle, which is a year and counting, that’s nothing new. DICE set the standard of one new map, one new Specialist, and a handful of new weapons starting with Season 1, and that’s been the pace ever since. What feels different with Season 3 is the attitude surrounding the game.

The heated anger usually found on the perennially negative 2042 subreddit and the ranty YouTube comment section on Battlefield content is cooling. Given the amount of effort that DICE has put into salvaging the game and the fact that the studio plans to continue supporting the game even after Season 4, it’s nice to see the player base rewarding the developer’s hard work. Having played several rounds on Season 3’s new map, Spearhead, I have to say that the positivity isn’t completely unwarranted.

Of the three post-launch maps in the game, Spearhead is the one that feels most like a traditional Battlefield map. It’s got clear points of interest, a ton of terrain-based cover, a good mix of infantry and vehicle play spaces, and a cohesive vision. The map suffers from its size on 64-player Conquest, but so far it feels like it could offer the best setting for Breakthrough, 2042’s more linear attack-or-defend mode. It might not be as flashy as Season 1’s Exposure or as thematically cohesive as Season 2’s Stranded, but it plays better and has a more readable and predictable flow than either of them, at least in my limited experience. We’ll have to test that some more once the map hits the game on November 22nd.

One of the best parts of the map is the lack of verticality. While its main points of interest are two gigantic, cube-like factories on either end of the map, there’s not much reason to fight for their rooftops. There are no ziplines to get to the top, and once you’re up there, it’s just blank and flat. Sure, you could put a spawn beacon up there and parachute on top of unsuspecting enemies below, but you’ll need a pilot’s help setting that up in the first place. This means that vertically minded Specialists like McKay and Sundance, who can use their gadgets to break the flow on other maps, don’t have as much of an impact in that regard on Spearhead.

Season 3’s weapons are also my favorite among the game’s post-launch additions. The Rorsch railgun feels appropriately futuristic and reintroduces one of Battlefield 4: Final Stand’s most iconic pickups. This time, however, it functions slightly differently, as 2042’s railgun isn’t a one-shot kill to the body. In its single-fire mode, you still have to charge up its blast, but you are rewarded with what feels like a hitscan shot and a one-shot headshot. It also comes in handy against 2042’s vehicles, as it does fairly decent damage to tanks.

What really sets 2042’s railgun apart, however, is that it has multiple fire modes based on what underbarrel attachment you’re using. The Rorsch can have a powerful single-fire mode, a slightly less powerful burst mode, and an incredibly fun and destructive full-auto mode. The single-fire mode’s usage is obvious as a long-range option, but the other two modes bring some versatility to an otherwise one-note weapon. I couldn’t get the hang of the burst mode, which DICE probably means for players to use at mid-range, but the full auto mode was another story. While I can’t be completely sure of the railgun’s damage output in full-auto mode, it felt substantial, as I was instantly melting enemies in close range fights. The trade-off is that you still have to charge up the weapon, so instead of bursting players down like you would with a traditional full-auto weapon in a Battlefield game, it’s pretty much all or nothing. Likewise, in the time it takes to charge up the railgun, a competent shotgun or K30 wielder could gun you down pretty quickly.

This modularity in how you can completely change a weapon’s usage is what 2042’s Plus system promised but really hasn’t delivered. Other than Season 1’s BSV-M, which could function as a decent marksman rifle or a deadly SMG, 2042’s weapons don’t feel all that adaptable. Sure, you can slap a higher-optic scope on an assault rifle to give you some extra visual range, but it will still feel like an assault rifle when you pull the trigger. When I asked a DICE developer if we would see more modularity like that in the future, they told me that the team is “definitely looking into expanding that level of customization to other weapons that apply. In the case of the BSV-M, it was very natural because the weapon’s DMR version and SMG/Carbine version are manufactured in real life on the same platform. So we had something to go by. The railgun was harder because we went by feel. So for other weapons, research and tuning takes time.” Hopefully not too much time, but we shall see.

Meanwhile, Season 3’s other two additions, a semi-auto shotgun and a bullpup sidearm, are a little less exciting. Both weapon categories definitely needed a little more love, but besides a few overpowered examples throughout the series’ history (and, of course, Battlefield V’s M30 Drilling), I’ve never been a huge fan of Battlefield shotguns. Season 3 will also add a few Vault weapons and patch some of the existing weapons’ “mostly recoil behavior and damage curves adjustments” so that they feel more in line with 2042’s main weapon offerings.

The other major addition is Zain, the new Specialist, who brings an airburst grenade launcher back to the series for the first time since Battlefield 4. I understand the concern for a gadget like Zain’s seeming overpowered, but it isn’t as easy to use as previous airburst launchers. For one, you really have to work to line up the correct distance, and the splash damage range doesn’t seem that large. Secondly, what makes Zain strong is actually his passive ability, which lets him basically heal up instantly after killing an enemy. This could make Zain an even better choice for aggressive players than McKay with his strafing speed, but time will tell on that one, too.

The inclusion of a more active spotting system and the railgun aren’t the only ways that Season 3 harks back to Battlefield’s glory days. We also have the Specialist system rework that will fit the game’s existing characters into a more traditional class structure, but I didn’t get to preview these changes. That won’t come until Season 3, but it already has some players claiming that it will “save” the game. Same goes for the reworks to both the Manifest and Breakaway maps, which we also don’t have solid release dates for.

And here’s where Season 3 hits a nerve with me. Don’t get me wrong, a lot of the changes that DICE is making with Season 3 are good, at least on paper, but the cynic in me has to think that the team is also using Season 3 to test the waters. As much as I appreciate how the Specialist system disrupted the traditional four-class setup that Battlefield used for ages, it’s pretty clear that this isn’t what the community wants. They want Battlefield to never change, but EA and DICE want a system that will let them make money by charging players for skins of their favorite characters. That’s especially clear when the franchise’s new narrative director is trawling Twitter for opinions on the matter.

Sure, Season 3’s new cosmetics are cool looking, and the Specialist rework will hopefully add back some of that teamwork and readability the series is “known for.” But, at the end of the day, we’re still just getting one new map and a handful of new weapons. Battlefield fans should not forget that the number of maps in the game that are new to the series has finally hit double digits a year after the game’s launch.

It’s hard for me to get super excited about anything DICE does to Battlefield 2042 at this point, mostly because it’s still nearly impossible for me to convince the aforementioned Gold Squad to play with me, and these are people I played Battlefield with nearly every day for years. After yesterday’s Season 3 trailer, I asked them if they cared about the new content, and I got a lot of maybes. One said “realistically no” but that part of them “secretly hopes” DICE will fix everything. Another said they would rather play Battlefield 1. A third said that they might try it now that it’s coming to Game Pass Ultimate. A player that’s bought every Battlefield game since Bad Company 2 never even purchased 2042.

That I received such a tepid response from a group chat that’s literally named after an accolade you can earn in Bad Company 2 says something. While it’s great that DICE plans to support 2042 past its obligated year of content updates, I still feel like I can’t get excited about the direction that the franchise is taking. We will need to see more than one map every three months and a handful of “quality of life” updates to bring the Gold Squad back into the series. 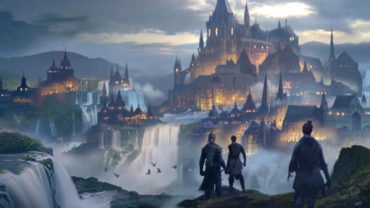