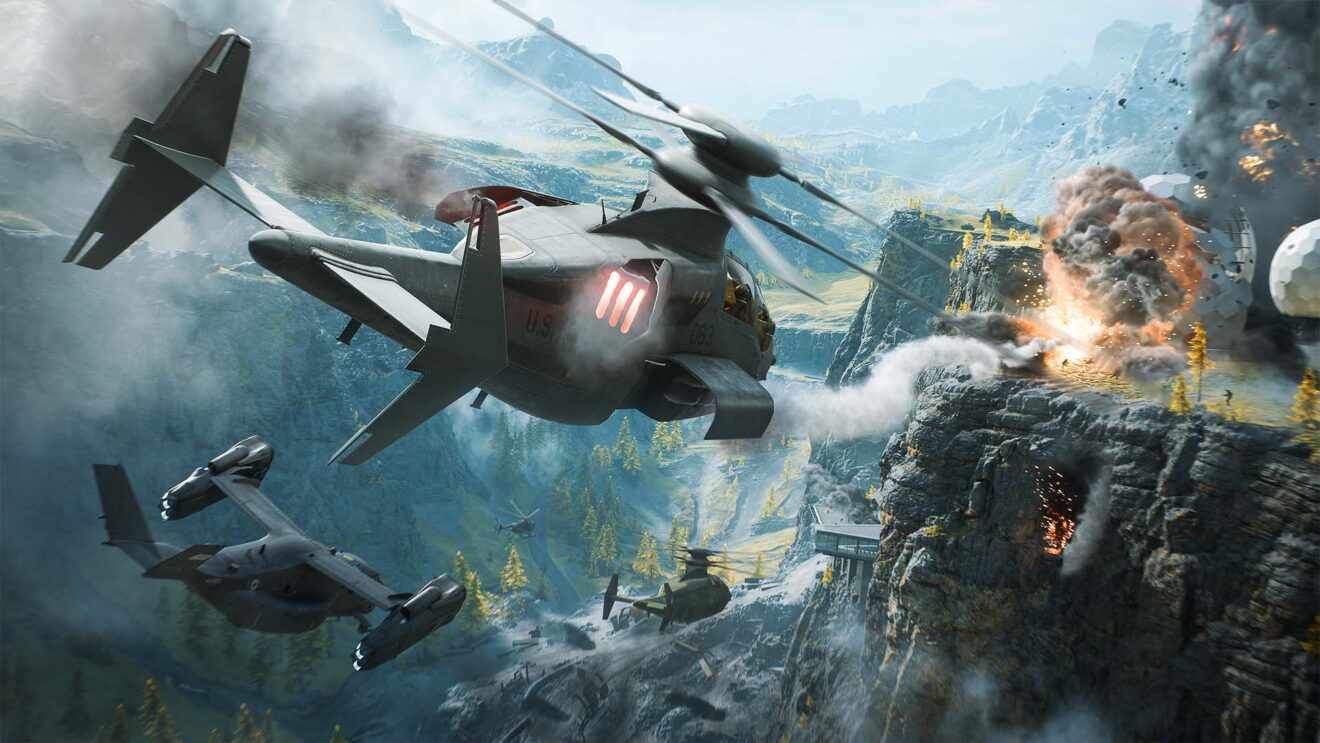 Season 1 of Battlefield 2042, called “Zero Hour,” has been revealed, and it’s launching this week.

The gameplay trailer showcases all of the new gameplay content coming with Season 1. On display are the new map, two new weapons, two new stealth helicopters, and the new Specialist, Lis. The trailer also revealed that Zero Hour launches on June 9th.

The map, called Exposure, is set in Canada where a rockslide has exposed a secret weapons base. The new weapons include a crossbow called the Ghostmaker and a new assault rifle.

Season 1 also introduces the battle pass to 2042. There will be a premium tier and a free tier. The premium tier, which also comes with the Ultimate and Gold editions of the game, includes only cosmetics, while the free tier includes all the new gameplay elements, like Lis.

DICE also revealed some more details about the future of Battlefield 2042 during a Q&A session following our recent hands-on gameplay impression with the Zero Hour content.

A player profile and stats page will be added to the game in the next patch after Season 1 launches. A producer stated that DICE has been tracking player stats since the game launched, and the stats page should actively reflect that.

Zero Hour and future seasons of content will last 12 weeks. Currently, DICE is committed to four seasons of content, based on what was promised to players who purchased the Gold and Ultimate editions of the game.

Producers previously stated that weapons from Portal would be making their way into All-Out Warfare, but a DICE producer clarified that this would not be happening during Season 1. It also appears that DICE and Ripple Effect currently do not have any plans to bring more maps to Portal, though the mode will be getting new weapons from its respective eras, as well as new logic tools for players who engage with Portal’s creative suite.

Likewise, DICE wants to wait and see how the reworked versions of Kaleidoscope and Renewal are received by players, as well as Exposure, before the developers commit to reworking the other maps, which means that we might not see reworked versions of other maps until much later in the game’s life cycle if at all. On the other hand, if the reworks are well-received and DICE already knows how to successfully rework the maps, the timeline for making changes to the rest of the maps might be a lot shorter, though that’s just our own speculation.

Battlefield 2042 is available on Xbox Series X/S, PlayStation 5, Xbox One, PlayStation 4, and PC. You can read our impressions of Season 1’s new content here.