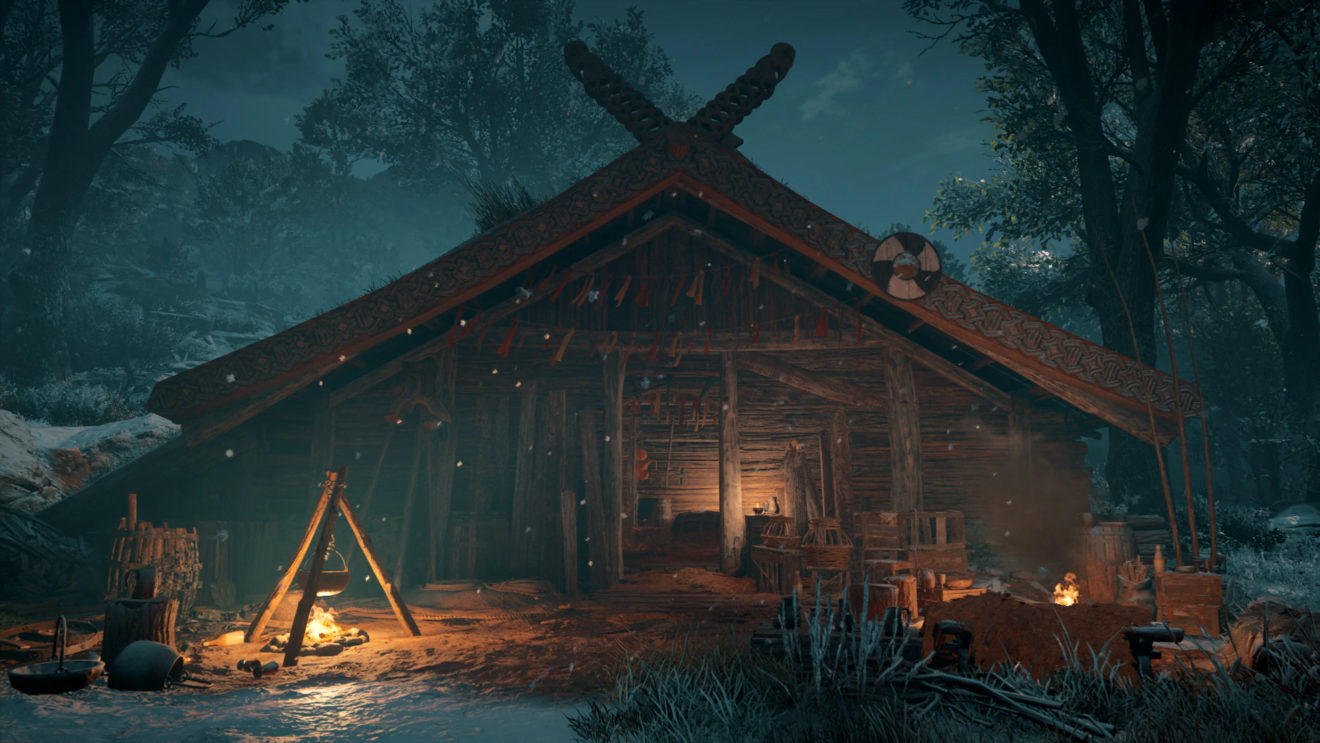 Tis the season for holiday themed content, and Assassin’s Creed Valhalla is embracing that with a Norse-themed Yule Festival that’s free for all players until January 7th, 2021.

The Yule Fesitval mostly includes fun stuff for Eivor & Friends to do around their cozy little hamlet of Ravensthorpe. The settlement has expanded to include a new Reveller’s Hut, the residents of which will be hosting Yule Festival and other seasonal events. We expect that when they aren’t reveling they’ll be sleeping off months-long hangovers.

The festival itself will bring with it snowy weather, archery challenges that should look familiar to those who have been playing through the game, and maybe the best addition to the game yet—drunken brawls.

Tokens you earn during the Yule Festival can be redeemed for exclusive Yule Fesitval rewards, including a really nice Mōdraniht armor set, weapon, and shield, as well as Yule-themed decorations that are all appropriate for a celebration of the winter solstice and not, you know, Christmas. We are still early Viking settlers, after all.

The most interesting thing about the Yule Festival announcement, however, was the new River Raid mode, which is scheduled for February 2021.

This mode will include “not one, not two, but three new (and replayable!) maps that will be brimming with new Gear, Silver, Runes, Books of Knowledge, and much more.” We’re not entirely sure what these maps will look like, or how big they will be, but we’re guessing they’ll work similarly to the Norway, Vinland, or Asgard sections of the main game, though maybe not at that scale.

We also know that Valhalla‘s two paid expansions will bring players to Ireland and France, but the River Raid maps don’t seem to be at that scale. February will also see the introduction of Jomsviking Hall, where we’re expecting a bunch of Jomsvikings will hang out like puppies in a pet store, waiting to be adopted.

Valhalla recently received a nice little update that adjusted NPC power levels, as well as fixing a number of bugs.