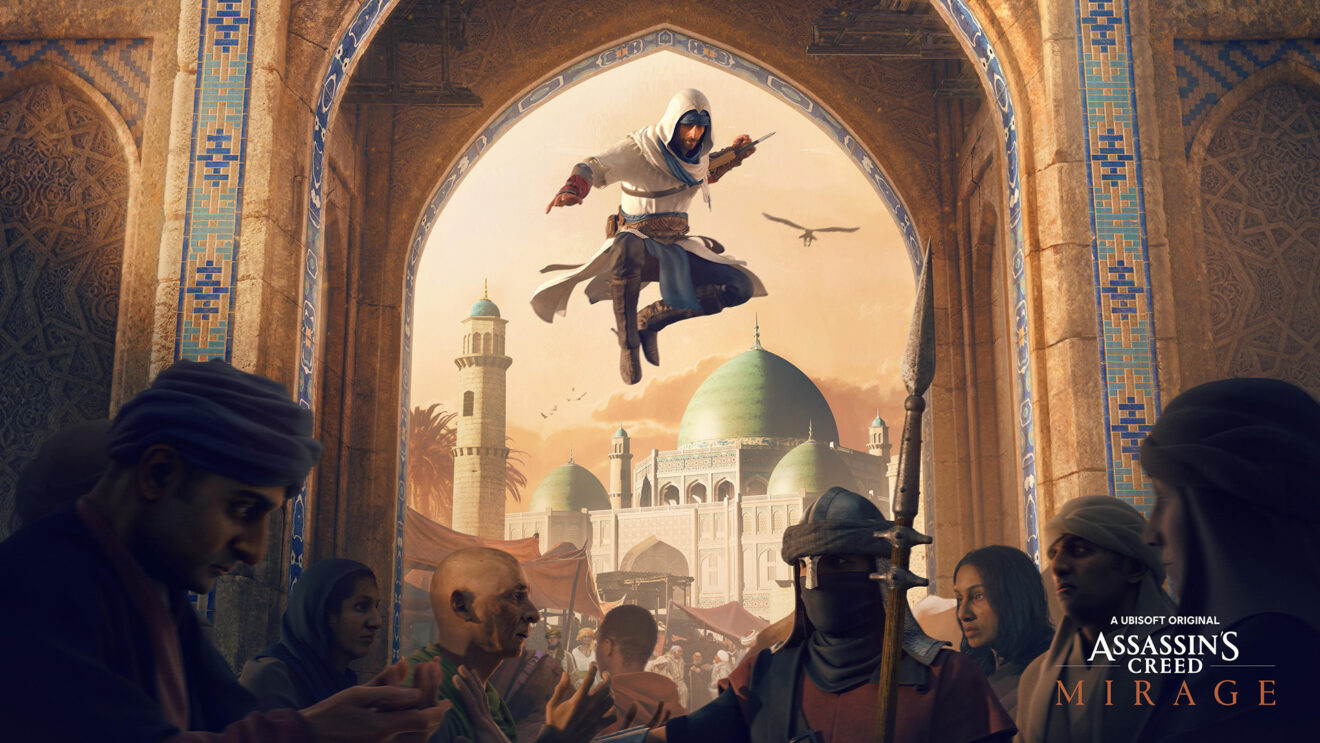 Update: Ubisoft has now officially confirmed the existence of Assassin’s Creed Mirage, seemingly in response to the recent deluge of leaks.

The publisher posted a short tweet with a single piece of artwork, showing Basim leaping through the air in a crowded Middle Eastern square. Though it’s not much to go off of, it does appear to confirm some of the biggest details about the setting and protagonist from this week’s biggest leak.

Ubisoft says it will announce more details, as expected, during its Ubisoft Forward presentation on September 10th. That livestream kicks off at noon PT (3 p.m. ET).

Original story: What appears to be official artwork for the recently rumored Assassin’s Creed Mirage briefly surfaced online before copyright strikes got them taken down.

As spotted by multiple outlets, the artwork floating around on social media showed a hooded assassin with an iconic hidden blade and a sword facing down the shadow of a large foe. The title “The Forty Thieves Quest” hints that it might be Mirage‘s first DLC based on the tale of Ali Baba from One Thousand and One Nights.

Previous reports about Mirage indicate that it will take place in 9th Century Baghdad and star Valhalla villain Basim as the playable protagonist. Mirage will supposedly ditch some of the RPG elements that the series introduced with Origins in favor of a more “classic” Assassin’s Creed flavor. If true, then there’s no real reason to doubt the validity of the leaked images.

While Mirage is still unannounced, we expect Ubisoft will reveal it on its September 10th livestream. We’re hoping to also get some more information about its unveiled live service platform Assassin’s Creed Infinity, but that’s more wishful thinking than anything.